European allies are urging the Trump administration to stick with the JCPOA even as they discuss other ways to address Iranian threats. 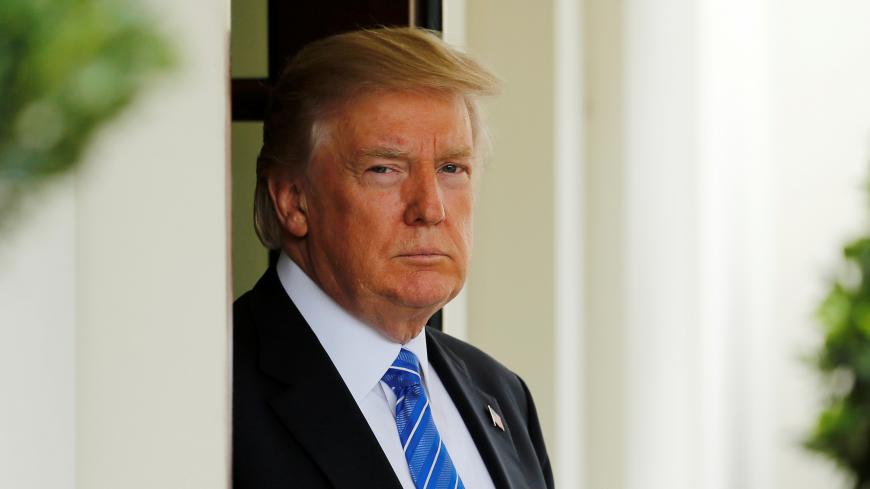 WASHINGTON — Washington’s European allies are urging the Donald Trump administration to stick with the Iran nuclear deal, while offering to collaborate on other ways to address outstanding issues such as Tehran’s support for militant proxy groups in the region and its ballistic missile program.

The conversations between Washington and its close European allies come ahead of a Sept. 14 deadline for the US administration to issue a waiver suspending nuclear-related oil sanctions as required under the Joint Comprehensive Plan of Action (JCPOA), and ahead of the next quarterly deadline, on Oct. 15, for the Trump administration to certify to Congress whether Iran is complying with the accord. They also come as the Trump administration is finalizing an interagency review of its broader policy toward Iran, of which the JCPOA is just one aspect.

Trump has reiterated to aides just in the past few days that he wants to get tougher on Iran, but it is not clear how, said a US official, speaking not for attribution. A nearly completed US interagency review of broader policy on Iran recommends sticking with the JCPOA, but to find ways to be tough on Iran. The challenge is how.

The US official said he thought that the administration is leaning toward certifying Iran’s compliance with the JCPOA to Congress next month, but he cautioned that could change. And Trump’s former White House strategist Steve Bannon, a critic of the deal, said over the weekend that he would not count on Trump certifying.

“I wouldn’t bet on that,” Bannon said in a “60 Minutes” interview Sunday on CBS. “The apparatus wants him to certify. President Trump wants to get out of the deal and either go make a better deal or just view it from the outside.”

The International Atomic Energy Agency (IAEA) reported again this week that Iran continues to abide by the accord, which went into effect in January 2016.

European allies are making the case to Trump administration officials that they should keep the JCPOA, and work with them to explore options to try to address other aspects of the Iranian threat.

“Iran is a strategic threat,” a senior European official whose government was among those that negotiated the landmark 2015 Iran nuclear deal said Monday.

The nuclear deal is “one part of a broader strategy,” the senior European official said. His government sees it “as one tool … to deal with a broader problem” that “stops Iran from developing a nuclear weapon.”

“We agree with the IAEA that Iran is in compliance with the letter of the deal,” the European official said.

“We don’t think JCPOA is perfect,” he added, “but its severe restrictions stop the threat for over a decade. It prevented a nuclear arms race in the region.”

His government proposes “that we police the agreement more vigorously. …Use the joint commission to … ensure rigorous policing of the deal.”

Another option European officials said they would be willing to discuss would be not to reopen the JCPOA, but to explore prospects for trying to negotiate an additional agreement with Iran. But diplomats cautioned that any follow-on agreement asking for additional concessions from Iran would require the international community to offer Iran further concessions as well. And they repeatedly stressed that renegotiating the JCPOA itself was a non-starter.

“France doesn't support the reopening of the deal. It should be rigorously implemented as it is now,” France’s Ambassador to the United States Gerard Araud tweeted Tuesday. “How many times should we repeat it?”

“We adamantly refuse to reopen the agreement,” Araud said in a subsequent tweet. “On this basis, we can discuss other issues.”

Uncertainty over the Trump administration’s intentions toward the Iran nuclear deal has cast something of a pall over the gathering next week of world leaders and ministers for the United Nations General Assembly opening session. Trump is expected to address the gathering on Tuesday. Iranian President Hassan Rouhani will also travel to New York for the opening session.

Plans for a ministerial level meeting of the six world powers and Iran that negotiated the 2015 nuclear accord are still unclear. There are tentative expectations for a meeting of the Joint Commission overseeing implementation of the accord to be held next week, possibly on Sept. 20, but nothing has been announced.

Former US nuclear negotiator Wendy Sherman said that if the United States breaches the accord, it would lose its international leverage as a member of the Joint Commission overseeing implementation of the deal, as well as international credibility with its allies.

If the Trump administration fails to reissue the sanctions waivers later this week, “it would constitute a material breach of JCPOA,” Sherman said on a call today hosted by the pro-deal advocacy group Diplomacy Works. “There would be serious consequences.”

If the United States doesn’t certify Iran’s compliance with the deal next month, “it will be viewed as the US pulling out,” Sherman said. “If we do that, even if Iran does not immediately … pull out of deal …we will have no leverage for enforcement. … We won’t be members of the Joint Commission. We will have no levers for enforcement of any of the sanctions we might reimpose.”

Iran is abiding by the terms of the JCPOA, IAEA Director General Yukiya Amano said this week.

“The nuclear-related commitments undertaken by Iran under the JCPOA are being implemented,” Amano told the IAEA board of directors Monday. “The agency continues to verify the non-diversion of nuclear material declared by Iran under its Safeguards Agreement. Evaluations regarding the absence of undeclared nuclear material and activities in Iran remain ongoing.”