The new Suez Canal is now two years old and facing public scrutiny, as it is far from achieving what officials pledged. 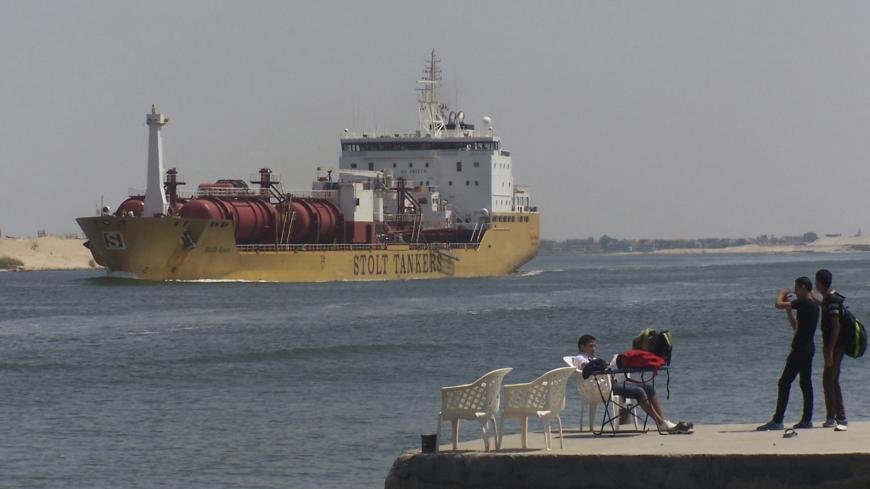 CAIRO — It's been two years since the new Suez Canal opened. At the time, the project was massively promoted as one that would benefit Egyptians of all backgrounds. So far, it has failed to deliver the expected revenue, though business development projects are in the works.

The canal opened Aug. 6, 2015, and the Ministry of Youth and Sports celebrated the anniversary last month. One wonders, however, why the canal hasn't fulfilled the government's promise of profits.

When Lt. Gen. Mohab Mamish, chairman of the Suez Canal Authority, announced the canal was complete, he said annual revenue would reach $13.4 billion, from about $5 billion at that time. Revenue has barely budged since then, and in fact has declined somewhat. Mamish was counting, however, on growth of global trade, which has suffered the past two years, according to Rashad Abdo, an economic expert and head of the Egyptian Forum for Political and Economic Studies.

Total revenue from fees collected from vessels transiting the new Suez Canal, including shipping services, has dropped since its opening — from $462.1 million in August 2015 to $447.1 million in July 2017, according to official figures issued monthly by the Egyptian Cabinet's Information and Decision Support Center (IDSC).

Monthly revenues have fluctuated only slightly since the opening, without registering a major increase. However, revenue plunged to $375.8 million in February.

So far this year, through July, canal revenue reached $2.9 billion. Based on this trend and monthly traffic patterns in previous years, there will be no drastic change in revenue this year, up or down.

These figures suggest it will be impossible to achieve a revenue of $13.4 billion by 2023, as promised by officials.

Last year, in an attempt to calm the public after the officially reported revenue decline, President Abdel Fattah al-Sisi asserted that revenue has been increasing since the project launched. He did not, however, provide any statistics.

Abdo noted there are several areas that could improve that would help raise revenue. Even though the government had spent a lot of money promoting the canal project — including a giant billboard in New York — it apparently hasn't used the money effectively.

“The marketing policies of the Suez Canal Authority are flawed," he said. "How did the government embark on such a giant project without ensuring the proper marketing services, or resorting to major international companies and economic experts to manage it, as do other countries? This contributed to the failure to achieve the desired success from this project.”

Also, the Suez Canal Development Project concerns more than just the canal. There are deals underway that could boost revenue significantly. The area is a natural hub for a variety of ventures. Last month, Mamish met with Vietnamese officials to discuss the canal's potential for investments. This week, he is traveling to Germany to talk with company officials in four cities about the Suez Canal Economic Zone. The Suez Canal Global Conference is set for next month in Cairo.

“Egypt's government relies on the Suez Canal Development Project to boost its national economy. This project has yet to be completed. This may also be one of the reasons for the failure by the Suez Canal to achieve the required results," Abdo said.

In an interview last month with Egyptian newspaper Al-Ahram, Mamish called the canal the "backbone" of the Egyptian economy, but pointed out that income won't come only from the canal itself. He said the authority expects to undertake lucrative service and development programs, boost marketing and recruit companies to locate in the area.