The waterway’s authority has announced significant increases in transit tolls in recent weeks that are expected to bring in much-needed additional resources to help Cairo navigate its economic challenges. 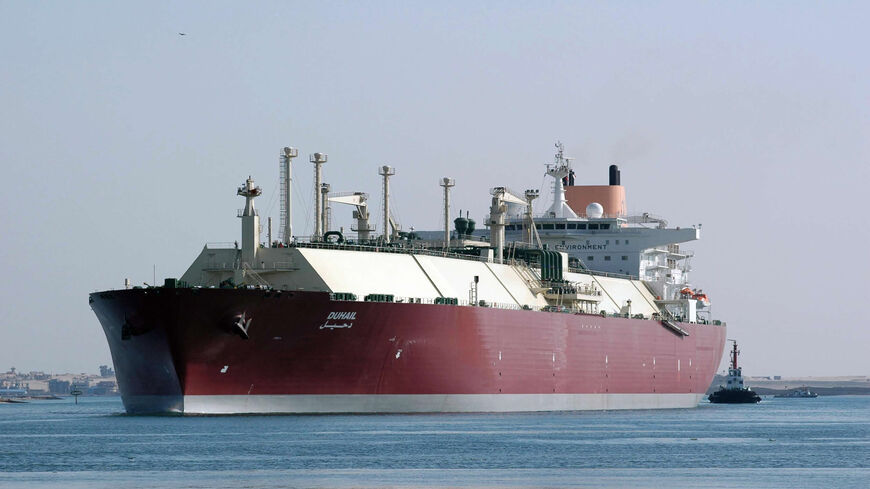 ISMAILIA, Egypt — As Russia’s war on Ukraine continues to pressure Egypt’s economic and financial health, Cairo has turned to the Suez Canal to help it navigate the crisis. The strategic waterway, one of the world’s most crucial maritime arteries, represents a key source of foreign currency for Egypt.

During the economic setback of the coronavirus pandemic, the Suez Canal turned out to be one of the few rays of light for Egypt, and thanks to its flexible marketing policy, which included measures such as discounts for some vessels, the canal achieved revenues of $6.3 billion in 2021, the highest in its history. Now, Egypt's external financial vulnerabilities are under increasing pressure from the impact of the Russia-Ukraine conflict on tourism, food, oil prices and even the bond market. Against this backdrop, the Suez Canal Authority (SCA) has announced a significant increase in its transit fees to try to boost its revenues.

“Suez Canal receipts accounted for around 7.4% of total current account receipts over the first three quarters of 2021. Given that the Russia-Ukraine war has weakened the outlook for tourism receipts substantially and contributed to a reversal in capital inflows, the Egyptian government is likely trying to increase sources of other foreign currency,” Callee Davis, economist at Oxford Economics Africa, told Al-Monitor.

“However, it is unlikely that a tariff hike will completely offset reduced earnings from these forex sources considering the importance of tourism receipts and portfolio inflows,” he added.

Before the outset of the war in Ukraine, Egypt had already announced a one-off increase in tolls across the canal. Early last November, the SCA issued a resolution stipulating a 6% increase as of February in the rates for transiting ships compared to those of 2021. The entity excluded from this increase both cruise ships and liquefied natural gas (LNG) carriers, for whom tolls would remain unchanged.

Yet since the outbreak of the war, the SCA has announced as many as three toll increases. The first of these hikes came at the end of February when the previous increase had already taken effect. This time, the largest increase — of 10% — was reserved for chemical and other liquid bulk tankers and for liquefied petroleum gas tankers. Vessels carrying LNG, vehicles and general cargo, among others, saw an increase of 7%. Dry bulk carriers, crude oil carriers and petroleum product tankers had their tolls increased by 5%.

However, as of March 15, the canal authority decided to cancel the 15% discount it had been applying since November to LNG carriers, which were then required to pay the full transit fees. The passage of this type of vessel through the canal increased by more than 90% over the last three years.

Finally, on March 22, the SCA announced an amendment to the tolls surcharge imposed as of March 1 for ships transiting the canal from May 1 onward. For those ships for which it had imposed a 10% increase in tolls, the SCA raised it to 20%. For those it had contemplated a 7% increase, it doubled it, with the exception of LNG tankers, for which it maintained the rate. Finally, for vessels for which a 5% increase had been stipulated, new increases of between 5% and 15% were announced.

“The decision to hike Suez Canal fees comes against a backdrop of soaring global commodity prices. This was likely factored into the decision, as I would imagine the canal has certain operating costs it has to consider. But also, as the profit margins of commodity exporters — such as fuel exporters — increased, the Egyptian authorities probably saw an opportunity to increase their share of the cake. This would also explain the reasoning behind the recent scrapping of the LNG carrier discount,” Davis said.

In its circulars, the SCA has stated that the toll increases are “in line with the significant growth in global trade, the improvement in ships’ economics, the Suez Canal waterway development, and the enhancement of the transit service.” Yet during a press conference in Ismailia March 29, attended by Al-Monitor, Adm. Osama Rabie, chairman of the SCA, stated that the decision was also in response to the effects of the war in Ukraine.

The conflict in Eastern Europe has dealt a severe blow to Egypt’s tourism sector, which represents another of its main sources of foreign earnings, has accelerated a worrying outflow of capital and has further driven up the prices of basic foodstuffs such as wheat. Egypt’s fiscal deficit is also set to remain high, and the early maturity of a substantial portion of its debt adds to its funding needs, a recent Fitch Ratings report said.

All this is happening at a time when the SCA is also pursuing ambitious projects of its own. The first of these is the expansion of the New Suez Canal and the widening and deepening of the southern section of the historic waterway, announced mid-last year. The second is the establishment of its own sovereign wealth fund, which is expected to eventually reach a capital of 100 billion Egyptian pounds ($5.48 billion). At the end of 2021, the SCA announced that it had already begun to set aside part of the canal’s revenues for this purpose, as opposed to channeling all of its revenues to the Ministry of Finance as had been the case until then.

“We expect the Suez Canal to generate dollar receipts of about $7 billion [1.5% of the gross domestic product (GDP)] for Egypt in the financial year June 2022 [fiscal 2022],” Krisjanis Krustins, director of the Fitch Ratings’ Sovereign team, told Al-Monitor.

“Receipts had been growing even before the hike to transit fees. They were up 16% year-on-year in July 2021-February 2022, and were about $6 billion in fiscal 2021. Suez Canal revenues are one of Egypt’s most important sources of external receipts and quite material in the context of its current account deficit, which we expect at about 4% of GDP in fiscal 2022,” he added.

The shipping industry is still grappling with the effects of the coronavirus pandemic, and the Russian invasion of Ukraine has added further pressure. Against this backdrop, the transit fee increase announced by the SCA is seen as substantial for some types of vessels crossing the waterway, as noted by Xeneta Chief Analyst Peter Sand to FreightWaves.

But otherwise, it is not expected to have significant adverse consequences for the industry or a negative impact on the number of ships crossing the canal, according to analysts and the SCA. Moreover, Rabie has insisted that the authority is closely monitoring the sector and will adapt to its evolution. “Most sectors of the shipping industry are doing well right now, so can afford to pay more — something that the SCA will be very aware of,” James Baker, container shipping editor at Lloyd’s List, told Al-Monitor.

“The canal is a natural chokepoint for shipping, and the alternative to using it is far longer voyages. This — and the associated additional fuel costs — mean that the SCA does rather have the upper hand when raising prices,” Baker noted.

“At a time of rising oil prices and bunker costs, it will still remain cheaper to pay the canal dues than to take the long way round. I doubt there will be any impact on the number of transits, as the cost as an element of the overall voyage cost is still reasonable,” he concluded.