A civil war for the soul of the Donald Trump administration has emerged into the open, pitting a motley array of anti-globalists and Iran hawks against more moderate national security professionals. 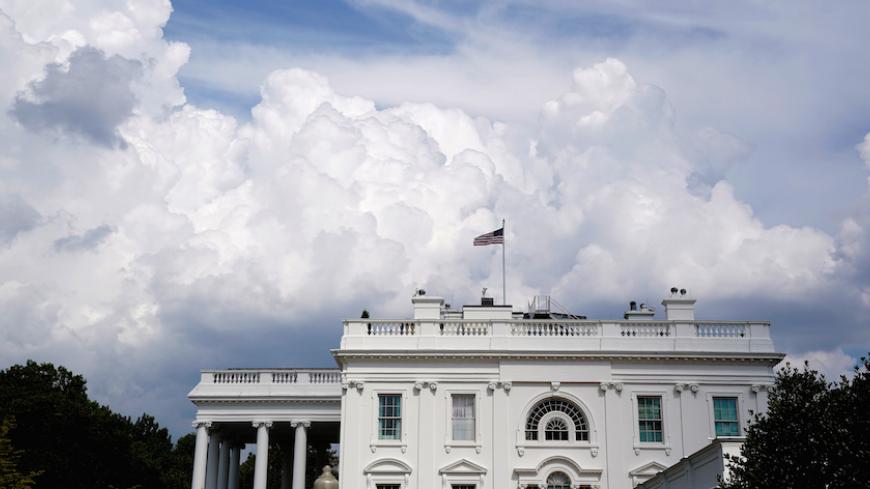 WASHINGTON — A faction of Iran hawks in the Donald Trump administration appears to have been dealt a blow in recent days. Several officials allied with White House chief strategist Steve Bannon have been removed from the National Security Council (NSC).

Among them are NSC senior director for intelligence Ezra Cohen-Watnick, who was removed Aug. 2; NSC senior director for the Middle East Derek Harvey, who was asked to resign last week; and NSC director for strategic planning Rich Higgins, reportedly for writing and circulating a bizarre memo alleging a conspiracy of globalists, leftists and Islamists trying to undermine Trump, according to The Atlantic.

The arrival on Monday of new White House Chief of Staff John Kelly, a retired Marine Corps general who previously served as Trump’s secretary of homeland security, appears to have bolstered the authority of national security adviser H.R. McMaster to make such firing decisions, which he has long sought. Combined, the personnel moves aim to bring more coherence and discipline to a sometimes chaotic, unpredictable foreign policy-making process that has often seemed undermined by competing power centers inside the administration as well as by Trump’s own personality.

Though McMaster officially removed Bannon from the NSC principals committee after taking over from Mike Flynn in February, recent reports and sources indicate that Bannon has continued to operate a kind of parallel power center that has drawn in fringe thinkers who favor regime change in Tehran. A faction around Bannon has been thinking about how to destabilize Iran but is constrained by the fact that Trump tells them he does not want another big war, a military analyst whose mentors in the US national defense community have participated in the discussions told Al-Monitor.

“The challenge is that the administration wants to do North Korea and Iran in Year One, to go into 2018 with national security capital,” the military analyst told Al-Monitor, describing what his associates have heard in discussions with Bannon.

“Thus far … no one in the administration can move Trump to start a war because he doesn't want to have his Iraq,” the military analyst said, referring to the 2003 US invasion. “With Iran, they are looking at regime change but coming up empty. There are no good plans, no decapitation strikes possible, like in North Korea.”

“Regime change would come, in theory, from economic recession in Iran combined with ethno-nationalist revolts in areas such as [the southeast region of] Balochistan,” the military analyst explained. “A combined series of events that would degrade the Islamic Republic.”

But that vision appears to have been set back, both by McMaster’s purge of Bannon loyalists in recent days and Trump’s own reluctance to get the United States bogged down in another big Middle East war. And the challenge of trying to foment Iran regime change would only be compounded by the rest of the world’s desire to uphold the nuclear deal and looking askance at Trump’s threats to consider withdrawing.

In the meantime, sources tell Al-Monitor that State Department, Pentagon and NSC professionals who argue for a more pragmatic approach feel they may gradually be getting the upper hand in policy debates.

“McMaster has cleaned out some problems, but Trump is still Trump,” a former US official told Al-Monitor. “He still listens to Bannon and [his son-in-law Jared] Kushner and crew.”

Trump is determined that the United States' Iran policy not be driven by the desire to preserve the Iran nuclear deal — the Joint Comprehensive Plan of Action (JCPOA) — Secretary of State Rex Tillerson said this week.

“The president … has been pretty clear on his dissatisfaction with the JCPOA as a tool or instrument, but we continue to have conversations about the utility of that agreement, whether it has utility, whether it doesn’t have utility,” Tillerson told journalists at the State Department Tuesday.