US President Donald Trump, in seeking options to exit the Iran nuclear deal, may jeopardize his administration’s goal of containing Iran’s other troubling behaviors. 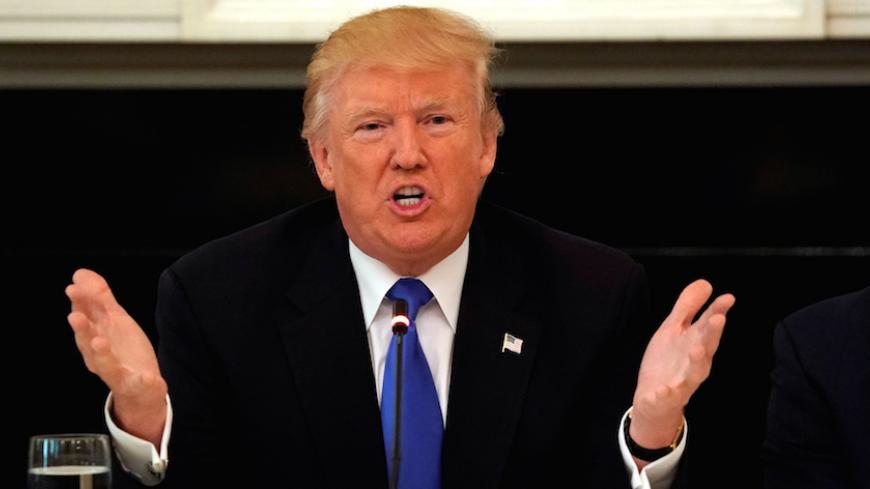 WASHINGTON — After twice certifying that Iran is complying with the nuclear deal, President Donald Trump has now asked top aides to provide him with options to exit the agreement. If he leaves under manufactured pretexts, however, the president risks isolating the United States while jeopardizing his administration’s goal of containing Iran’s other troubling behaviors, former administration officials, allied diplomats and some administration allies warn.

What’s more, Trump has articulated no alternative strategy for containing Iran’s nuclear program should the agreement collapse. That raises the prospect that the president could generate a new nuclear crisis even as his administration faces the prospect that North Korea may be able to reach the United States with a nuclear-capable intercontinental ballistic missile within the next year, according to a new Defense Intelligence Agency assessment.

Trump telegraphed his frustration over being urged by his Cabinet chiefs to certify Iran’s compliance with the nuclear deal at a White House meeting last Monday. He told The Wall Street Journal that he thinks Iran will be deemed to have breached the accord by the time of the next congressionally mandated certification deadline in the fall.

“We’ve been extremely nice to them in saying they were compliant, OK? We’ve given them the benefit of every doubt,” Trump told The Wall Street Journal in a July 25 interview. “But we’re doing very detailed studies. And personally, I have great respect for my people. If it was up to me, I would have had them noncompliant 180 days ago.”

Asked if he thought Iran will be declared noncompliant in the fall, Trump said he did. He added that while he respects Secretary of State Rex Tillerson, he would likely overrule a recommendation to certify in the fall.

“Look, I have a lot of respect for Rex and his people,” Trump said. “It’s easier to say they comply. It’s a lot easier. But it’s the wrong thing. They don’t comply. And so we’ll see what happens. I mean, we’ll talk about this subject in 90 days. But, yeah, I would be … surprised if they were in compliance.”

One tactic the Trump administration is considering to get Iran declared noncompliant is to push the International Atomic Energy Agency (IAEA) to request special inspections of non-nuclear sites that Iran may reject, the Associated Press reported.

But nonproliferation experts briefed on the consultations in Vienna last week of the Joint Commission overseeing implementation of the nuclear deal said US officials there did not raise the prospect of pushing the IAEA to take such an approach. It would take five of the eight members of the Joint Commission to agree to back such an inspection request. The eight-member commission is comprised of the United States, the United Kingdom, France, Germany, Russia, China, the European Union and Iran.

“Based upon my sources, it is not clear whether the so-called special inspection gambit has been discussed at an official level,” Daryl Kimball, the executive director of the Arms Control Association, which supports the deal, told Al-Monitor. “This may simply be a concept being pushed by opponents of the Iran deal outside the White House and inside the White House.”

However, Kimball added, “The Trump administration has made its intentions clear. The president wants to find a pretext for accusing Iran of a violation or noncooperation so he can trigger the re-imposition of nuclear-related sanctions.”

“But such a cynical ploy is not going to be supported, in my view” by nuclear deal partners Britain, France, Germany, Russia and China “because they see the agreement as working effectively, and any attempt to create a crisis will backfire, lead to the unraveling of the deal and to a nonproliferation and security crisis,” Kimball said.

A European diplomat at the Vienna talks said the Europeans support robust implementation of the Joint Comprehensive Plan of Action, including IAEA inspections, but not as a pretext to collapse or renegotiate the deal. A renegotiation of the deal is not in the cards, the source said.

There is “no way a renegotiation should work,” the diplomat told Al-Monitor. “But we are pushing for a very robust implementation, including in terms of IAEA access.”

Corker said he had aligned himself with Tillerson, Secretary of Defense Jim Mattis and national security adviser H.R. McMaster in urging Trump to radically enforce the deal for now while developing a strategy to bring along allies for possibly negotiating a tougher deal in the future.

“What I say to the president [is] you can only tear the agreement up one time,” Corker said at Wednesday’s Washington Post Live forum. “So, when you are going to tear it up, since nothing bad is happening today … wait until you have your allies aligned with you. Radically enforce it.”

“You want the breakup of this deal to be about Iran, you don’t want it to be about the United States, because we want our allies with us,” Corker said. “And at the end of the day, I know Tillerson’s goal is to negotiate a follow-on [agreement] that ensures that they never enrich uranium.”

Corker said that while he was working to bolster the “triumvirate” of Tillerson, Mattis and McMaster to try to bring along Trump on an Iran strategy that keeps allies on board, it was evident that Trump was working the phones and listening to many competing voices.

If Trump acts prematurely to destroy the nuclear deal, Corker said, “What is your next step? Once you do that, you are self-creating a crisis.”

“What we have got to do is get our allies with us, we have got to radically enforce,” Corker said. “When we have a plan where we are going to develop a policy outcome, that is the time. But to do it today, where you self-create a crisis, you are out of the agreement, you start putting sanctions in place, you lose your European allies. We have got a crisis in Syria, we have got a crisis in North Korea, we have issues to deal with with Russia. I just say, maybe you think about a better time to do it when you are looking for a strategic outcome.”

Trump’s comments in the Journal interview suggested he was listening to those inside and outside the administration urging him to blow up the deal sooner than that, among them White House chief strategy adviser Steve Bannon.

However, on Thursday, Derek Harvey, a hawkish Bannon ally, was forced to resign as the White House National Security Council’s senior director for the Middle East, reportedly over differences with McMaster. A protege of David Petraeus, Harvey had advocated the United States take a more aggressive posture confronting Iranian-backed forces in Syria, Syria policy experts have told Al-Monitor. Trump and the Pentagon ultimately disagreed, arguing for the United States to prioritize defeating the Islamic State in Syria and working with Russia to try to de-escalate the conflict.

In the meantime, the family of dual US-Iranian nationals detained by Iran offered high praise of the Trump administration for its efforts to secure their release. Jared Genser, a human rights lawyer retained by the family of prisoners Siamak and Baquer Namazi, said senior White House officials had been meeting with him and his client regularly and conveyed the administration’s determination at the highest level to secure their release.

Sources said the Trump administration had been engaging with Omani and UN officials and others about how to secure the Namazis’ release, and suggested that another swap of Americans held in Iran and Iranians detained over alleged sanctions violations in the United States and abroad, might be under consideration. Omani Foreign Minister Yusuf bin Alawi met with Tillerson and White House officials on July 21, after which the White House released a statement saying it was redoubling efforts to bring home all Americans detained abroad and warning Iran of serious consequences unless all American citizens are released.

“President Trump urges Iran to return Robert Levinson home, who has been held for over 10 years, and demands Iran release Siamak and Baquer Namazi, who were taken during the [Barack] Obama administration, along with all other American citizens unjustly detained by Iran,” the White House statement said. “President Trump is prepared to impose new and serious consequences on Iran unless all unjustly imprisoned American citizens are released and returned.”

The US House of Representatives also voted unanimously this week for a resolution calling for the unconditional release of US citizens and residents held by Iran.

On Friday, the US Treasury Department announced it was sanctioning six Iranian-based entities involved with the country’s ballistic missile program. The action was taken in part in response to Iran’s launch Thursday of the Simorgh space launch vehicle, officials said.