Amid intensifying speculation over a prisoner exchange between the United States and Iran, the family of Siamak and Baquer Namazi is appealing to President Joe Biden to secure their release. 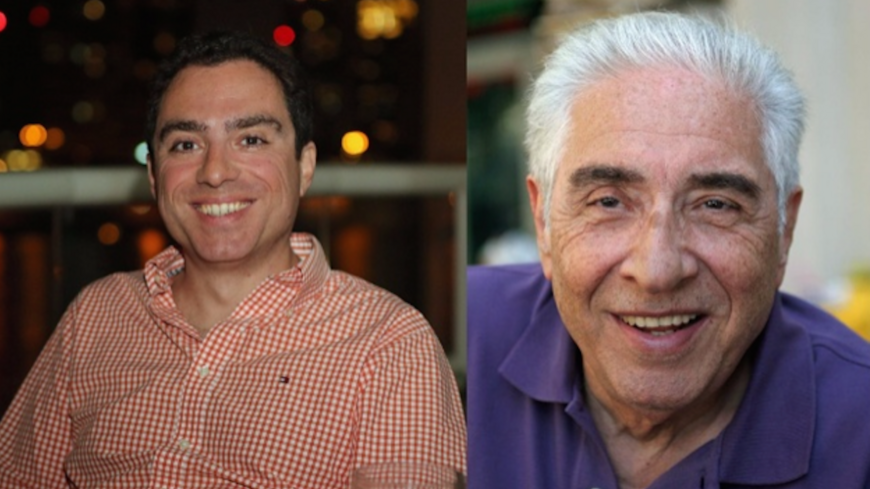 Siamak Nazami (L) and Baquer Namazi (R) are seen in images provided by their family. -

As the United States works to bring Iran back into compliance with the nuclear accord, the family of two Americans held by Tehran is appealing to the Biden administration to make their release part of any deal made with the Islamic Republic.

US officials say they’ve engaged in indirect discussions — independently of the nuclear deal talks in Vienna — with Iran over unjustly detained US citizens, including Siamak and Baquer Namazi.

The White House says their release is a top priority, but Babak Namazi worries his brother, Siamak, and father, Baquer, could once again be left behind.

“That fear is ever present, irrespective of what assurances one receives,” he told Al-Monitor.

Siamak and Baquer Namazi have come to symbolize what rights groups describe as Iran’s use of hostage diplomacy. Days after the nuclear deal — known as the Joint Comprehensive Plan of Action (JCPOA) — was reached in July 2015, the Iranian Revolutionary Guard Corps (IRGC) detained and interrogated Siamak Namazi as he arrived at the Tehran airport for a return flight home to the United Arab Emirates following a visit with relatives. After months of interrogations, the Iranian-American business consultant was formally arrested in October 2015.

Several months into Siamak Namazi’s imprisonment, the IRGC lured Baquer Namazi to Iran on the premise he could visit his son in prison, his family says. The senior Namazi, a former Iranian provincial governor and UNICEF official, was instead intercepted at the airport and thrown in jail under the same vague spying charges.

In October 2016, both men were sentenced to 10 years in prison on charges of cooperating with the US government. Baquer Namazi’s sentence was commuted in February 2020, but the 84-year-old is still barred from leaving the country despite serious medical conditions.

Siamak Namazi, now the longest-held American prisoner in Iran, remains in the notorious Evin prison where his family says he has endured long stretches of solitary confinement, as well as physical and psychological torture.

But the Namazi family fears a repeat of what happened in 2016 when Siamak Namazi was the only American not returned home as part of a swap described by President Barack Obama as “a one-time gesture to Iran.” The prisoner exchange, which occurred the same day JCPOA took effect, reportedly came after Iranian Foreign Minister Javad Zarif personally assured then-Secretary of State John Kerry that Namazi would be freed separately in a matter of weeks.

“I believe what Iran does, not what it says,” said Jared Genser, the Namazi family’s pro bono lawyer in Washington.

“I would hope that this administration, which includes many of the same key players in the 2016 deal, would not make the same mistake twice and would not enter into an agreement based on promises of future action by Iran,” Genser said.

President Donald Trump took a personal interest in bringing home Americans detained abroad, tweeting during the 2016 presidential campaign that such hostage-taking in Iran “doesn’t happen if I’m president.” But he too failed to win back the Namazis in deals that saw the return of Princeton graduate student Xiyue Wang and Navy veteran Michael White.

Such prisoner releases were welcome developments, Babak Namazi said, but also agonizing “in the sense of why were we left behind again and again and again? That’s a question we’ve had to ask ourselves three times.”

There are two other known cases of dual US citizens held by Iran. Environmental activist Morad Tahbaz and businessman Emad Sharghi each were sentenced to prison on spying charges their families say are baseless.

It’s unclear who Tehran is seeking in a prisoner swap, although in 2019 the Iranian Foreign Ministry said the number was around 20. A spokesperson for Iran’s mission to the United Nations did not return a request for clarification.

Under the January 2016 prisoner trade, the Obama administration granted clemency to seven Iranians convicted of or pending trial in the United States for sanctions violations.

“There is an inherent asymmetry in any kind of swap that Iran offers,” said Behnam Ben Taleblu, a senior fellow at the Foundation for the Defense of Democracies.

“Whenever the Islamic Republic does propose the idea of a prisoner swap, it’s always going to be uneven because in Iran they’re exchanging people who are literally hostages with people abroad who have actually engaged in crimes,” Taleblu said.

In what rights groups say is a feature of Iran’s foreign policy dating back to the country’s 1979 revolution, foreigners are routinely imprisoned as leverage for sanctions relief, frozen assets and other concessions.

According to the New York-based Center for Human Rights in Iran, at least 15 dual nationals and one foreign citizen from countries including the United Kingdom, France, Austria, Canada and Sweden are currently known to be held in Iran.

Hadi Ghaemi, the rights center’s executive director, said multilateral pressure is needed to prevent Iran from continuing to use foreign nationals as pawns. He called for the United States and like-minded countries to “look beyond the current hostages and think, how are they going to prevent this?”

“Iran would get the message much more clearly that taking innocent people over their interests is not going to be tolerated,” Ghaemi said. “I don’t see any sign of that, and that means this vicious cycle could continue.”

Over the past six years, Babak Namazi has made repeated trips between Washington and his home in Dubai, meeting with officials of now three US administrations in an effort to raise the profile of his father and brother.

Namazi said he and his family aren’t political people. They don’t care about the outcome of the nuclear agreement negotiations in Vienna, only that any potential deal that the Biden administration makes with Iran includes the release of Siamak and Baquer Namazi, he said.

“All of my efforts have not resulted in their freedom, so I can say I’ve failed,” Babak Namazi said. “Since I failed, everyone by extension — including the US administration who has been engaged in bringing my family home — has failed.”