US vows to press ahead with Iraq bomb clearance despite criticism

A State Department audit released this week criticizes the agency’s approach to oversight of efforts to clear improvised explosive devices and mines in Iraq. 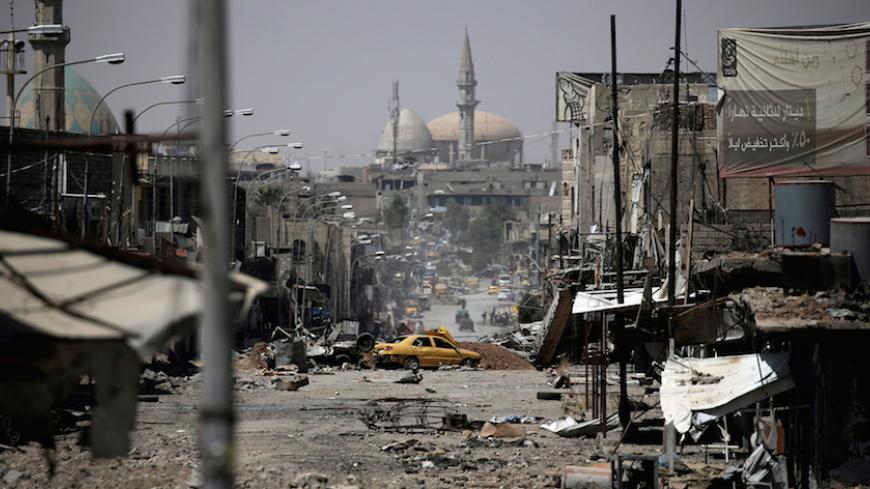 A State Department review that faulted the agency for failing to comply with its own policies for overseeing bomb disposal grants in Iraq, Lebanon and Afghanistan will not impact ongoing efforts to remove improvised explosive devices (IEDs) left behind by the Islamic State (IS), officials say.

Released Aug. 9, the report from the Office of the Inspector General found that the State Department did not develop required strategies to mitigate security threats for 10 out of 28 (36%) “high-risk” grants that the US government handed out in the Middle East and South Asia since 2013. The audit also found that the agency failed to collect performance and financial reports from grantees in many instances.

The US government has granted more than $2.6 billion to destroy excess stockpiles of conventional weapons in 95 countries since 1993, according to the State Department. The awards allow nonprofit organizations to conduct demining and dispose of unexploded ordnance, a mission that has become particularly critical in Iraq as the US-led military coalition attempts to secure the country from IS.

The State Department’s Bureau of Political-Military Affairs, which manages US weapons disposal programs, said it agreed with six out of seven of the report’s findings, which included stronger risk assessments and internal checks and balances to keep grants on track.

"This is the State Department’s own inspector general telling them their goals need to be achievable,” John Ismay, a senior crisis adviser for Amnesty International and a former US Navy explosive ordnance disposal officer, told Al-Monitor. “They want it to be quantifiable and less fuzzy. But there are areas where even with tons of resources and lots of manpower applied, there’s a persistent problem.”

A State Department official told Al-Monitor that the report’s findings wouldn’t impact clearance programs in Iraq but could allow for more robust monitoring in the future. Officials from the bureau visit organizations working on clearing explosives in the field to provide oversight, but must abide by sometimes stringent US Embassy security rules that limit their ability to travel to high-risk areas laden with ordnance.

The report comes as IS has increasingly turned to irregular warfare tactics, including the use of car and roadside bombs, to hold off advancing Iraqi security forces since the fall of Mosul last month. Over the past week, the US-led coalition says it conducted more than 50 strikes on IS positions, including factories used to produce car and roadside bombs, near Tal Afar and Kisik, two of IS’ last remaining strongholds, where some 2,000 militants remain.

In Syria, according to Col. Ryan Dillon, a coalition spokesman, militants are “rigging buildings and even corpses with improvised explosives” in a last attempt to halt advancing Syrian Democratic Forces, a Kurdish and Arab fighting force that receives weapons, training and other military support from the United States. US officials also worry that militant groups can use IEDs to keep displaced civilians from returning to their homes. The Landmine and Cluster Munition Monitor says undetonated explosives left in Iraq caused 55 casualties in 2015 and 63 casualties in 2014.

In May, Brett McGurk, the US special envoy to the global coalition fighting IS, said that American-trained Iraqi forces had cleared 34 tons of explosive material in areas taken back from IS. Despite the threat posed by such material, Iraqi citizens have begun to repopulate liberated cities, with more than 95% of displaced residents returning to Tikrit, 300,000 to Ramadi and more than 400,000 to Fallujah, according to the coalition. But densely populated urban areas contaminated with unexploded ordnance will make clearance difficult for bomb disposal units.

“The rubble in Mosul just complicates that clearance process to such a greater degree,” said Amnesty International’s Ismay. “These people are sweeping foot by foot and meter by meter. It’s slow and painstaking and certainly dangerous work.”