US troop numbers in Iraq, Syria could surge under new accounting rules

The Pentagon wants to stop undercounting temporarily deployed fighters and allow for the deployment of more support personnel needed in the war against the Islamic State. 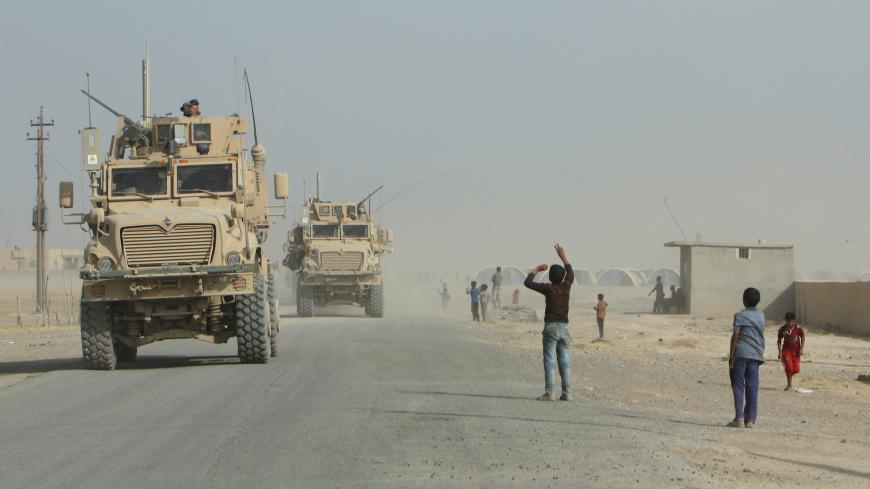 US military and Iraqi army reinforcements deploy after the defeat of Islamic State militants in Qayyara, Iraq, Aug. 29, 2016. - REUTERS/Azad Lashkari

The Pentagon announced Wednesday that it would start taking into account temporarily deployed military units when reporting troop numbers in Afghanistan, with updated numbers for Iraq and Syria to follow.

With the change, the US military now acknowledges it has 11,000 troops in Afghanistan, up from a previously reported 8,400. Until now it had only shared force management levels, which account for troops and units meant to complete a mission but do not count the hundreds of personnel temporarily deployed into the fight.

Military officials indicated a change was needed to prepare units deployed to the battlefield to fight. The old accounting rules put limits on the number of troops that could remain in the battlefield for long periods, forcing commanders to chose between combat troops and support personnel.

“Those forces that are temporarily deployed, those will now be reported,” Lt. Gen. Frank McKenzie told reporters. “We all recognize that whole units are more ready. That’s why we’re going to have a little bit of flexibility.”

It is not clear when that flexibility will extend beyond Afghanistan, however. The Pentagon has not yet decided when it will reveal updated troop numbers for Iraq and Syria.

According to official force management levels, the United States has more than 5,262 troops in Iraq and 603 in Syria, primarily in an advisory capacity. Those figures do not account for troops that are temporarily deployed to those theaters.

The Barack Obama administration began using force management levels — first established in the 1980s to limit US forces in Europe — to draw down the number of US forces in Afghanistan and establish a limited presence in Iraq and Syria to defeat the Islamic State.

But that method of accounting, Pentagon officials say, has hurt the US military’s training and readiness in critical situations, forcing ground commanders to keep support troops out of battle — such as mechanics and maintainers for military vehicles and equipment — that are not deemed necessary to the fight. It has led to training and discipline issues, creating problems for unit cohesion and forcing the military to rely on contractors to repair equipment that they are not familiar with.

“The fight is different in Iraq and Syria, but in both theaters, we will eventually apply the same flexibility,” McKenzie said. “Those numbers will be forthcoming.”

by Murielle KASPRZAK and Joseph SCHMID | AFP | May 26, 2022
END_OF_DOCUMENT_TOKEN_TO_BE_REPLACED