Turkey-EU tensions spill over to customs union accord

Amid mounting bilateral tensions, Germany has ruled out talks on improving Turkey’s customs union accord with the European Union, but such sanctions might have little effect on Ankara in the short term. 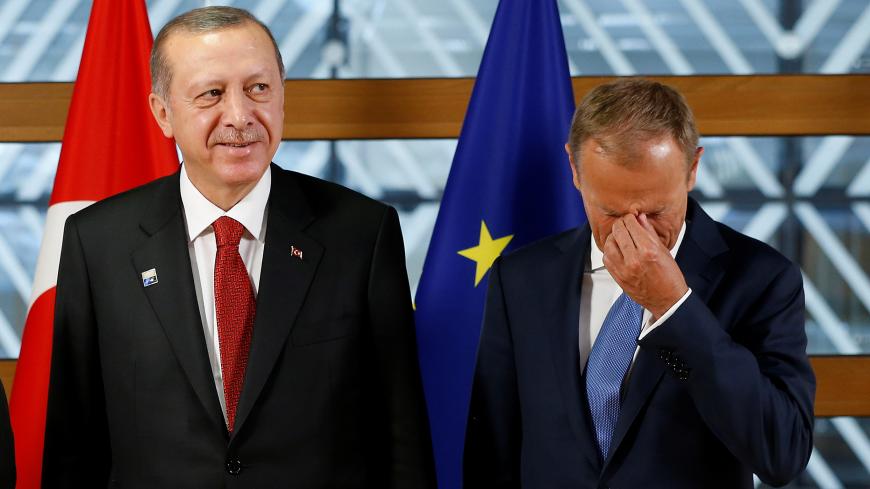 German Chancellor Angela Merkel has recently toughened her tone against Ankara, irked by its growing disrespect for democratic norms and the arrests of German journalists and activists in Turkey. This has led many to believe that she will try to mobilize European Union institutions to pressure Ankara, including through certain sanctions.

Last week, the German leader signaled that Turkey’s customs union with the EU, an important phase on the path to full membership, would be an area where Ankara would face the music. Turkey has sought an update to the 1995 customs union deal, arguing that it has developed to Turkey's disadvantage over the years. Negotiations on the issue were expected to start around this time after the European Commission got the green light from the European Council.

Merkel, however, poured cold water on such prospects. “We are not opening new chapters in Turkey’s [EU] accession bid, and we have lowered membership preparation aid to a minimum. Also, for the time being, the customs union deal with Turkey will not be changed or updated,” Merkel said Aug. 16 as she answered questions from viewers on YouTube ahead of Germany’s Sept. 24 elections. Merkel spoke of deepening disagreements with Ankara, mentioning its refusal to free Die Welt correspondent Deniz Yucel. Asked about tougher measures, she said, “We cannot ignore the fact that Turkey is not only [President Recep Tayyip] Erdogan and his government. Almost 50% said ‘No’ to the recent constitutional changes and … we cannot send wrong signals to the 50% who have their hopes in us and want to be in dialogue with us.”

Merkel’s statement drew angry reactions from Ankara. EU Minister Omer Celik called the remarks “unfortunate,” arguing that EU institutions should not allow Germany to turn bilateral problems into a Turkey-EU dispute. On the customs union issue, Celik sought to put on a brave face, saying, “They are acting as if updating the customs union is a concession or a favor to Turkey. This is extremely wrong. Let me underline that we are not in a hurry at all [and] we have no unilateral appetite on this issue.”

The expansion of the customs union deal has been a long-standing demand of Turkey’s economic actors. The head of the Turkish Exporters Assembly, Mehmet Buyukeksi, grumbled in December that the shortcomings of the accord were growing into outright obstructions for Turkish businesses. “Agriculture, services, investments and public procurements are currently outside the scope of the accord, which covers only industrial products,” he said. “An update to include the missing fields will contribute greatly to Turkey’s export of goods and services, in addition to spurring the competitiveness of our companies.”

Pointing to other disadvantages, Buyukeksi said, “Other than the accord it signed with Turkey, the EU has signed 26 free trade agreements covering 37 countries and regions. Yet, under its customs union accord, Turkey has no say in the negotiations of such agreements. It is not even a party to them. An update will help overcome those problems, and our country will become part of the free trade agreements the EU has signed.”

Despite Celik’s attempt to downplay the issue, his ministry concedes that the customs union has provided a significant boost for Turkey’s integration with the European and global economy. “The dynamic effects of the customs union have contributed positively to the competitiveness and productivity of the Turkish manufacturing sector and helped in drawing foreign investors to Turkey,” the ministry’s website says. “As a result of the structural changes and competitive approach it has spurred, [the customs union] has diversified production and provided for the output of high-quality and safe products. By building an EU-compliant technical regulatory infrastructure and adopting the EU’s intellectual property and competition rules, Turkey has boosted its competitiveness on international markets and enhanced its economy’s integration with the global economy.”

Many observers believe that Turkey’s state of emergency — declared after the botched putsch in July 2016 and at the core of the criticism Ankara faces from the EU and local actors, including Turkey’s largest business group, TUSIAD — could stay in place until the 2019 elections, which will mark Turkey’s transition to the presidential regime approved in the April referendum. Accordingly, the ruling Justice and Development Party (AKP) could keep wrangling with the EU up to that time, claiming it is “not in a hurry” or “has no appetite” to discuss modifying the customs union, which the EU holds as a trump card. What setbacks could Ankara risk during that period? The inflow of foreign capital is the most critical issue here.

According to the Central Bank’s latest figures, Turkey’s external liabilities amount to $648 billion. In other words, the Turkish economy is rolling over with the help of direct investments, portfolio investments, loans and deposits by foreigners totaling $648 billion. Direct investments represent only a fourth of this sum, while “hot money” placed in short-term investments such as stock shares and government bonds amounts to 27%, or $172 billion.

Portfolio investments or inflows of “hot money” have a short-term impact on macroeconomic balances. Turkey and other emerging economies have been benefiting from good inflows of foreign funds, the result of European and US staggers in recovering and hiking interest rates after a period of liquidity expansion. Since February, foreigners have shown a renewed appetite for portfolio investments in Turkey, ignoring domestic and external risks and Ankara’s violation of EU norms. In terms of direct investments, the AKP regime inspires little confidence. Finding long-term loans is not easy either. Hence, it is trying to manage economic problems through the flow of “hot money.” If nothing else, it has succeeded in reining in the dollar, pushing it back to about 3.5 Turkish liras from nearly 4 Turkish liras in January.

Sanctioning Ankara by holding up the improvement of the customs union could discourage direct investors and long-term lenders, but could fail to impress the “hot money” investors who make short-term impacts on the Turkish economy. Those investors will instead keep an eye on the interest rates of the US Federal Reserve and the European Central Bank and make decisions accordingly. The AKP’s calculations rest on the hope that the short-term impact of threats such as the customs union deadlock will wane as long as the flow of “hot money” continues uninterrupted. The long run seems to be of no worry for Erdogan and his entourage at least. Their only effort at present seems directed at saving the short term and taking the critical bends unscathed. 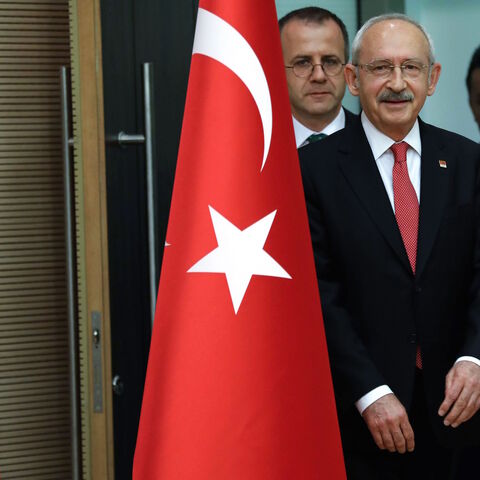