How foreign investors force Ankara to toe the line

With nearly $700 billion in various assets in Turkey, foreign investors represent a crucial factor of pressure on Ankara's economic policies. 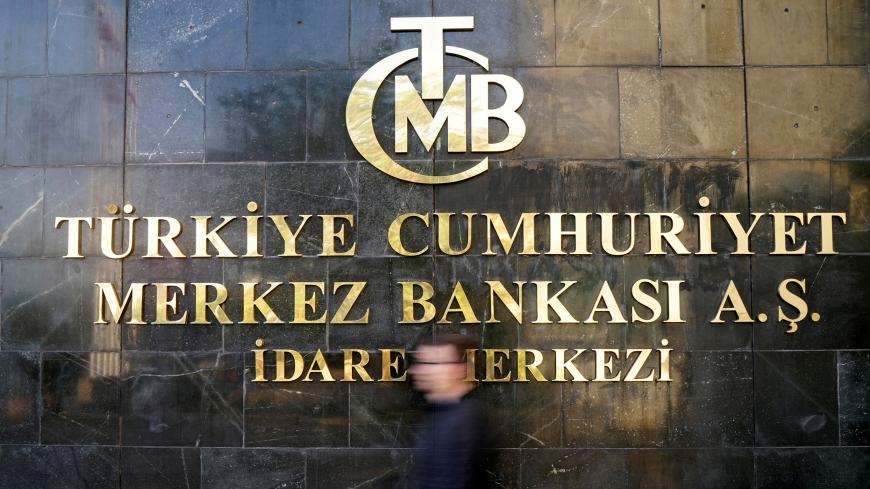 Since President Recep Tayyip Erdogan left global investors in “shock and disbelief” during a visit to London in mid-May, Turkey’s Central Bank has twice raised interest rates to salvage the plummeting Turkish lira, ending months of inaction amid Erdogan’s stiff opposition to rate hikes. The two sharp hikes — on May 23 and June 7 — reflect Erdogan’s grudging acquiescence to the rules of the game, but beyond that, of Turkey’s growing reliance on global money that leaves little room for waywardness for political actors at home.

In media interviews and meetings with institutional investors in London, Erdogan had argued he would fight inflation with lower interest rates, a theory that defies economic orthodoxy, while expressing his intent for a more centralized economic management and greater intervention in Central Bank decisions if he wins the June 24 elections.

Amid the ensuing market jitters, the Turkish lira sank to historic lows, with the price of the dollar shooting up to more than 4.9 liras. In an emergency meeting May 23, the Central Bank hiked its key rate by a staggering 300 basis points to 16.5%. As a result, the lira strengthened to about 4.6 against the dollar and began to linger there.

This, however, was not enough to calm the jitters, especially as Turkey grapples with double-digit inflation. In late May, Deputy Prime Minister Mehmet Simsek, who oversees the economy, and Central Bank Gov. Murat Cetinkaya headed back to London to reassure investors that the Central Bank had a free hand for more rate hikes in the coming period.

On June 3, the Turkish Statistical Institute released the inflation figures for May. Consumer inflation was up 1.6% from the previous month and reached about 12.2% year-on-year. The 12-month increase in producer prices was even more alarming, standing at nearly 20.2% and auguring that consumer inflation could hit 15% in the coming months. The Central Bank stuck to the word it had given in London and hiked interest rates by an additional 125 basis points at its regular meeting June 7.

Will the rate hikes stop the erosion of domestic and foreign confidence in the Turkish lira, or more precisely in Ankara’s economic management? Will they attract “hot money” or short-term foreign investments to Turkey’s financial markets? The initial impact of the two hikes has been limited. The price of the dollar was still around 4.5 liras at the end of last week, and the Central Bank’s weekly data pointed to no major inflows of foreign capital, though the outflow had slowed. Some observers, however, believe that many foreigners invested in lira assets are in fact waiting for the lira to strengthen a bit more to buy more dollars before exiting Turkey.

In any case, the harsh reality that Erdogan faced after his controversial showing in London indicates that Ankara is in no position to defy the rules of global financial markets and swim against the current. In a matter of weeks, the Turkish government came around, scrambling to toe the line and reassure global markets it will not go astray. Moreover, Ankara has neither the strength nor the means to follow a different course, given the level of Turkey’s economic integration with the world.

Ironically, Turkey’s integration with global capitalism has notably grown under Erdogan, who often portrays international financiers as villains conspiring to exploit or undermine the country. In 2003 — the first full year in power of Erdogan’s Justice and Development Party (AKP) — Turkey’s foreign trade was worth $116 billion, amounting to 36% of gross domestic product (GDP). In the ensuing years, Turkey became a country that borrowed heavily from abroad and attracted direct foreign investments. By 2017, its foreign trade hit $391 billion, amounting to 46% of GDP.

Yet the process of integration was marked more by the borrowing and spending of hard currency and less by the earning of it. In 2003, the current account deficit was $7.5 billion, which amounted to 2% of GDP. Last year, it stood at $47 billion and 6% of GDP.

Even more striking is the increase in foreign assets in Turkey, as reflected in the country’s international investment position. In 2003, foreign assets amounted to $179 billion, including $42 billion in direct and stock-share investments and $137 billion in short- and long-term debt. In 2017, the figure stood at a staggering $684 billion, consisting of $233 billion in direct and stock-share investments and a $451 billion debt stock, including sovereign bonds and loans. The total is larger than foreign assets in many European countries. In Poland and Greece, for instance, the figure stands at $620 billion and $505 billion, respectively.

This state of affairs is crucial in two major aspects. First, though Turkey’s integration with global capitalism has notably advanced under the AKP, it has relied largely on external borrowing, resulting in increased dependence that narrows Ankara’s maneuvering room. Any failure to roll over debts might well force it to run for help from the International Monetary Fund (IMF), which had last bailed Turkey out in the early 2000s. Argentina, whose economic indicators are a bit worse than those of Turkey, agreed to a $50 billion deal with the IMF last week, acquiescing to the bitter pills the IMF usually prescribes. Turkey could be the next in line.

Second, with assets of nearly $700 billion in Turkey, foreign creditors and investors can hardly remain indifferent to Turkey’s economic and political course; their stakes have risen. The country’s deteriorating political climate — marked by the erosion of the rule of law, the paralysis of parliamentary oversight, violations of property rights and the president’s tightened grip over the judiciary — has certainly raised apprehension among Western creditors and investors.

The oppressive emergency rule, in place since the 2016 coup attempt, has come under increasing criticism from the West, especially the European Union, as well as the business community in Turkey. Fears of skullduggery are rife ahead of the June 24 presidential and parliamentary elections, in which pollsters predict a close race. Fair and fraud-free elections are certainly in the interest of foreign asset holders, as they want to be sure that their money is safe from the risks of any political adventures. They have come to know Turkey as a Western ally — a member of NATO and major international economic organizations as well as a candidate for EU membership — and, with nearly $700 billion in Turkey, they want the country to remain so.

Turkey’s economic indicators and the big picture of its financial bonds seem to leave Erdogan little room for “mischief” as he faces his strongest opposition challenge yet in both the presidential and parliamentary polls. As the London experience shows, the AKP regime has little liberty to flout the rules of the game and go its own way, as it has to factor in the costly reactions of foreign asset holders.