Is Turkey headed for IMF bailout?

An increasing number of observers see an inevitable prospect of Turkey seeking an IMF bailout, yet the country is not on its beam-ends yet and the outcome of the June 24 polls will bear on its ability to keep its economy afloat without going to the IMF. 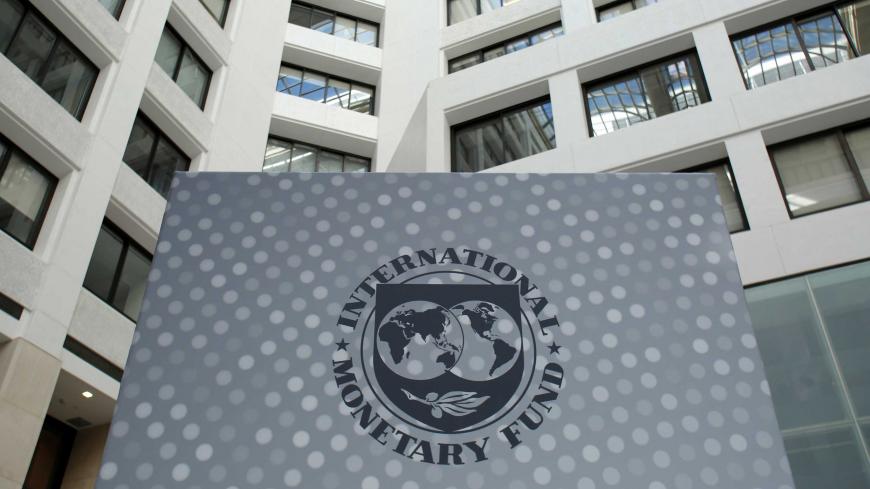 For emerging countries such as Turkey, the International Monetary Fund (IMF) is often the go-to place to seek financial aid in times of crisis, albeit grudgingly. In return for much-needed loans, unavailable from other lenders, ailing countries acquiesce to bitter pills the IMF prescribes for recovery. The loans are released in tranches, conditioned on the completion of tough homework.

In recent months, the economic woes of Argentina and Turkey have often made them the subject of IMF-related news and commentaries. In mid-May, Argentina — whose economic indicators are worse than Turkey’s — had to knock on the IMF’s door for financial aid, braving popular anger at the prospect of austerity measures. And what about Turkey, which last week stepped back from the brink of a full-blown currency crisis ahead of critical June 24 elections? The country’s outlook suggests it is not so desperate as to run for IMF aid, but the prospect seems inevitable if Ankara misses “the last exit before the bridge.”

Curiously, Turkey and Argentina shared the same fate in the early 2000s, plagued by common maladies such as large public deficits, menacing external debts, gaping current account gaps, capital flight and big currency depreciations. To both countries, IMF bailouts were shown as the only way out, with the attached price of austerity measures that would have dire effects on the population.

In 2001, the coalition government of the late Bulent Ecevit, grappling with Turkey’s worst economic crisis, acquiesced to that option, and by implication, to the disastrous political consequences that the IMF-backed austerity program would have for the three coalition partners.

Argentina, for its part, resisted, and eventually restructured its foreign debt in 2005 and 2010, imposing its own conditions on how and when it would repay its lenders. “Holdout” creditors who rejected the restructuring took their case to a New York judge, who ordered Argentina to repay them in full. Argentina refused. The debt default and the ensuing standoff with creditors dried up the flow of external funds to Argentina and foreign investors avoided the country.

Up until the end of its left-leaning “Kirchner era” in 2015, Argentina remained “the rebel kid” of international credit markets, while spending heavily on welfare programs and sticking to protectionism. Deepening economic woes, however, contributed to the 2015 election victory of the market-friendly Mauricio Macri, who sought to reconcile with global financiers and paved the way for Argentina’s return to international capital markets. As soon as he came to power, Macri embarked on intensive short-term borrowing via peso-denominated bonds, known as Lebacs, which attracted hordes of hot-money investors.

According to OECD figures, short-term investments in Argentina stood at $68 billion in the 2014-2017 period, compared with $35 billion attracted by Turkey. Since April, however, rising bond yields in the United States have lured short-term investors out of many emerging countries, including Argentina and Turkey. Despite raising interest rates to up to 40%, Argentina failed to stop the hemorrhage, with the peso losing more than 25% in value this year. Hence, Macri ended up at the IMF’s door.

Is Turkey on course to follow Argentina’s footsteps? Korkut Boratav, one of Turkey’s most respected economists, said a run to the IMF is almost inevitable for Turkey in 2019, regardless of who wins the upcoming presidential and parliamentary elections.

Does that mean that Turkey has no “last exit before the bridge” to duck that prospect? The economic indicators of Turkey and Argentina have markedly decoupled from those of other emerging countries. Their similarities include high inflation, big current account deficits, budget gaps, currency depreciations fueled by the flight of foreign money, and interest rate increases aimed at curbing the currency slumps. Still, Turkey is not yet on its beam-ends.

In its latest report on Turkey, penned before the currency turmoil in May, the IMF had issued a series of warnings to Ankara. “Although expansionary policies were initially warranted [after the 2016 slump in growth], they are no longer appropriate as the economy is showing clear signs of overheating. Monetary policy appears too loose and its credibility is low; and on- and off-budget fiscal policies are expansionary and risk undermining Turkey’s hard-earned fiscal credibility,” the report said.

Ankara’s efforts to rein in the downturn, including interest rate hikes to curb foreign exchange prices, have borne little fruit so far. On May 23, when the Turkish lira hit a historic low against the dollar amid market jitters over President Recep Tayyip Erdogan’s interventions in monetary policy, the central bank hiked its policy rate by 300 basis points, setting the stage for a wearing arm wrestling between foreign exchange prices and interest rates.

Restoring domestic and foreign confidence in Ankara will be a key challenge in fixing the balances. The government that emerges from the June 24 polls could try to do that and succeed in luring back foreign investors and strengthening the lira. This would help to gradually reduce interest rates and rein in inflation. The restoration of confidence could revive investments and stimulate growth, and fiscal discipline could be similarly restored. Yet, such improvements might not happen quickly, given the municipal elections in March 2019, which loom as a fresh source of political pressure on efforts to fix the economy.

Moreover, global financial winds might keep foreign funds from returning to Turkey, regardless of what efforts Ankara makes at home. This, in turn, could send the ship heeling over and leave no other option than to steer it to the IMF.