Under fire over a tax-hike plan, Turkey’s government says it needs fresh funds for security and defense amid rising risks in the region. 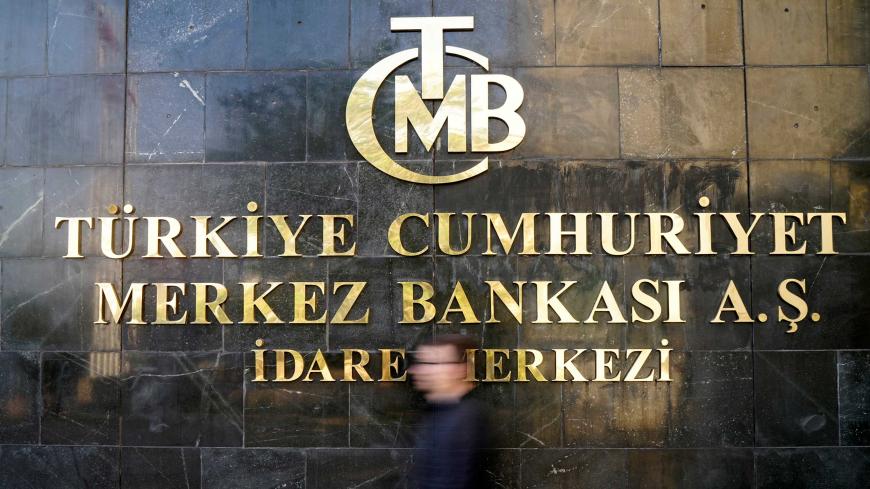 A balanced budget or “fiscal discipline” used to be the shiniest side of Turkey’s economic showcase to foreign investors. Over the past two years, however, the showcase has gotten dusty and scratched. The budget deficit has reached 2% of gross domestic product (GDP), double what it used to be, and it could climb further to 3% of GDP if measures are not taken. For Turkey, the budget deficit comes atop a chronic current account deficit. The simultaneous increase of the two — known as a “twin deficit” — is seen as a sign of growing risks that deter foreign investors, who are of crucial importance for Turkey.

The Turkish economy relies heavily on short-term portfolio investments, or “hot money.” The road map the US Federal Reserve laid out on Sept. 20 makes emerging economies like Turkey less attractive to short-term investors, and the Turkish currency has already weakened. The dollar, which was worth about 3.4 Turkish liras at the end of August, traded for more than 3.55 Turkish liras at the end of September.

All those factors call for economic adjustments at home, and the budget deficit is not something that the ruling Justice and Development Party (AKP) can ignore.

On Sept. 27, the government unveiled its medium-term economic program for the 2018-2020 period, which projects 5.5% growth each year as well as some ambitious targets in terms of public finance. Accordingly, the budget deficit at the end of this year is projected at 2% of GDP, which is above the average 1.7% in the euro zone, though still below the 3% in the European Union’s Maastricht criteria. But coupled with the current account deficit, a budget deficit of such a size remains risky. The AKP government aims to reduce the figure back to 1% by significantly hiking taxes and increasing the treasury’s borrowing limit.

Both measures have stirred popular discontent and opposition in parliament. The planned tax hikes, laid out in a draft omnibus law, will affect the prices of a string of consumer goods and services from cars to games of chance as of next year. In addition, the government is planning to levy a special consumption tax on a number of new goods and services. The additional revenue the measures will generate is estimated at about 28 billion Turkish liras ($7.8 billion).

Under the plan, the motor vehicles tax, for example, would increase 40% in 2018, while the tax on games of chance would double to 20%. The special consumption tax would extend to cigarette paper and energy drinks. In the finance sector, the 20% corporate tax would go up to 22%, in addition to other levies affecting companies and real estate.

In an apparent bid to cushion popular anger, Finance Minister Naci Agbal argued that boosting the country’s military power was a prime objective, given rising geopolitical and security risks in the region. The Defense Industry Fund, he said, would receive an additional 8 billion liras ($2.2 billion) from tax revenues next year.

The government’s use of an omnibus law for extra borrowing is also under fire. Critics say the move requires a supplementary budget, arguing that the law, in which various issues are jumbled together, is an attempt to evade transparency.

Another question is whether the new resources will go only to the Defense Industry Fund, which the finance minister was eager to highlight, or to other funds as well.

Article 76 of the draft law makes a broader definition of potential recipients, citing “equity companies and/or funds financing projects.” This move seems to pave the way for the treasury to transfer money to Ankara’s already controversial sovereign wealth fund. Created last year as a commercial entity exempt from public audit, the fund has been a closed book, with little public information on what it is doing and spending.

The budget deficit’s jump to 2% of GDP stemmed mostly from measures enacted to fend off a full-blown crisis after the Turkish economy shrunk by nearly 1% in the third quarter of 2016. The measures included tax reductions, tax postponements, a lavish loan expansion and a series of populist measures designed to secure the April referendum on a shift to a presidential system. Coupled with fresh “hot money” inflows since February, the measures contributed to renewed economic growth, but at the expense of a gaping budget deficit. The government’s plan to raise taxes and the borrowing limit aims to stop the deficit from widening further, but that’s not the only gap.

The budget will take an additional blow from the revenue guarantees that the treasury has provided to private companies involved in so-called "megaprojects," such as bridges and roads. Some of the completed projects are already underperforming, which means the government will need budget funds to pay revenue differences to private operators.

A second blow is likely to come via the Credit Guarantee Fund, which has sponsored bank loans totaling nearly 220 billion liras ($62 billion) to about 344,000 companies as part of the government’s anti-crisis measures. The prospect of bad loans raises the risk of a fresh burden on the budget. According to the fund’s September report, the credit score of about 110,000 companies — roughly one-third of the total — is below a B.

In sum, the government needs extra funds to deal with new bottlenecks looming down the road, atop the downward trend in the flow of “hot money” following the Fed’s Sept. 20 decisions. The voters’ response to higher taxes and belt-tightening will come in clear view in municipal elections next year and presidential and parliamentary polls in 2019.