Turkey’s chronic current account deficit has fallen to a 16-year low, but this ostensible improvement is hardly the outcome or harbinger of sound economic headway. 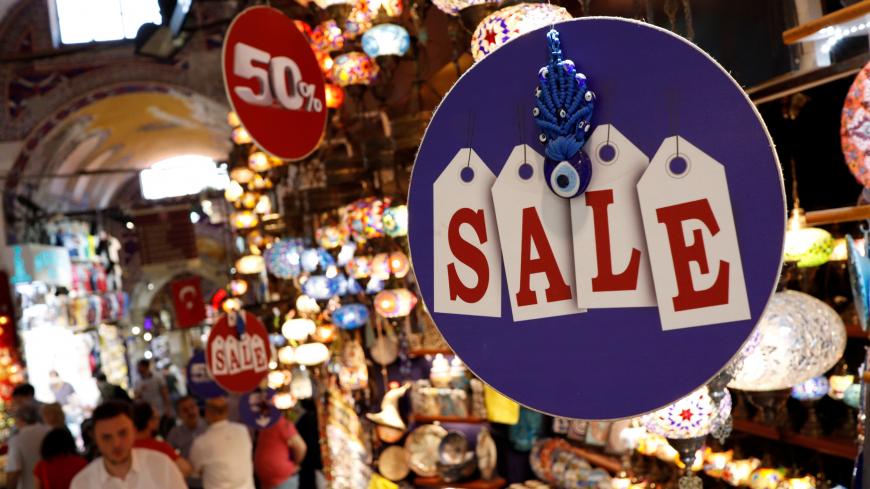 A discount sign is seen at a tourist shop at the historical Grand Bazaar, known as the Covered Bazaar, Istanbul, Turkey, May 23, 2019. - REUTERS/Murad Sezer

For the first time in a long time, Turkey’s current account has shown a surplus on a monthly basis, bringing the 12-month current account gap to a 16-year low, according to Central Bank data released July 11. With the $151 million surplus in May, the current account deficit — or foreign-currency deficit — shrank to $2.4 billion year-on-year, heralding that a chronic problem of the Turkish economy was at least temporarily curtailed.

Only three days later, however, fresh economic data showed another problem, a sharp increase in the central government budget deficit. The deficit stood at 78.6 billion Turkish liras ($13.8 billion) in the first half of the year, widening nearly 72% from 46 billion liras in the same period last year.

Deficits in the current account and central government budget are among the basic economic indicators of a country. When both gaps reach significant levels, economists speak of a “twin deficit,” which means the country is in a deep trouble.

In emerging economies, growth often relies on imported inputs, including machinery and energy. The import-reliant production goes largely to domestic consumption, bringing in little foreign exchange. Foreign-currency revenues from exports, tourism and some services such as shipping fall short of covering foreign-currency spending, leading to current account gaps. To finance such gaps, countries need to secure external funds, which is not always an easy task.

To attract foreign investors, a country’s basic economic indicators, especially inflation, and political climate need to inspire confidence. Above all, emerging countries are expected to maintain fiscal discipline and keep their budgets sound. The maestros of the global system, the International Monetary Fund (IMF) in particular, would often advise governments to steer clear of big budget deficits, with current account gaps often condoned.

A budget deficit coming atop a current account deficit is seen as the sign of a government struggling to manage the economy, bereft of sound tools to battle crises — an outlook that scares foreigners away. Consequently, while the country struggles to lure external funds to bridge the current account gap, hard currencies begin to appreciate and its own currency nosedives. This, in turn, increases the cost of imported inputs, stoking inflation, while the soaring prices curb domestic demand, causing the economy to slow and even shrink. Economic contraction results in a decrease in imports, meaning that the current account deficit begins to shrink as well. This might even result in a period where export and tourism revenues surpass the money spent on imports, leading the country to appear as having a foreign-currency surplus.

In the 2003-2018 period under the Justice and Development Party, Turkey’s economy managed to grow with an average current account deficit of 4.8% of gross domestic product (GDP). The rate peaked at 8.9% in 2011, when growth was especially high, and fell to 1.8% in 2009, which was a crisis year.

Current account deficits as big as almost 5% of GDP are a rare occurrence in emerging economies. Turkey managed to sustain that for 16 years before stumbling in the second half of 2018, when external funds fell short of financing the current account gap, causing a spike in hard-currency prices and, ultimately, an economic contraction and crisis.

When economies come to the brink of crisis, governments would use treasury funds to try to cushion the turmoil and limit the damage. Amid Ankara’s repeated use of budget funds in a bid to manage the crisis, the gaps in the budget have widened sharply since the second half of 2018, with the hemorrhage going on. Last year, the budget deficit amounted to 2% of GDP, up from 1.5% in 2017 and 1.1% in 2016. The rate appears on course to easily reach 2.5% this year. Remarkably, the primary balance — the fiscal balance net of interest payments — is showing a deficit for the first time in 16 years.

To rein in the budget gap, Ankara has been scrambling for one-off revenues, with tax revenues falling short of being a remedy. Standing out among such attempts are the funds generated from paid exemptions from military service and an amnesty for illegal construction. In an even more controversial step last week, the government pushed through parliament an amendment that allows it to use money from the central bank’s legal reserves — a sum set aside by law for use in extraordinary circumstances — in the budget. Despite all those measures, however, the budget’s borrowing need has not eased.

To start growing anew, the Turkish economy needs external funds. Foreign investors, for their part, need confidence in the country’s economic balances, especially inflation, and political prospects. Turkey, however, continues to be a high-risk country amid a lingering crisis with the United States over its purchase of Russian weaponry and a mounting row with the European Union over gas exploration in the eastern Mediterranean. Such tensions prevent a robust inflow of external funds to spur a fresh growth momentum. As things stand today, the Turkish economy resembles a punctured ball that has hit rock bottom, unable to bounce back. 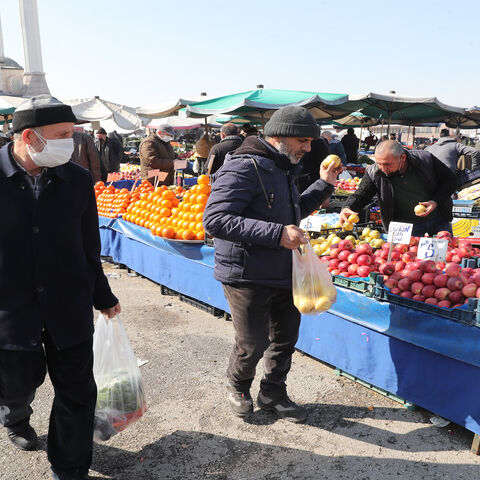