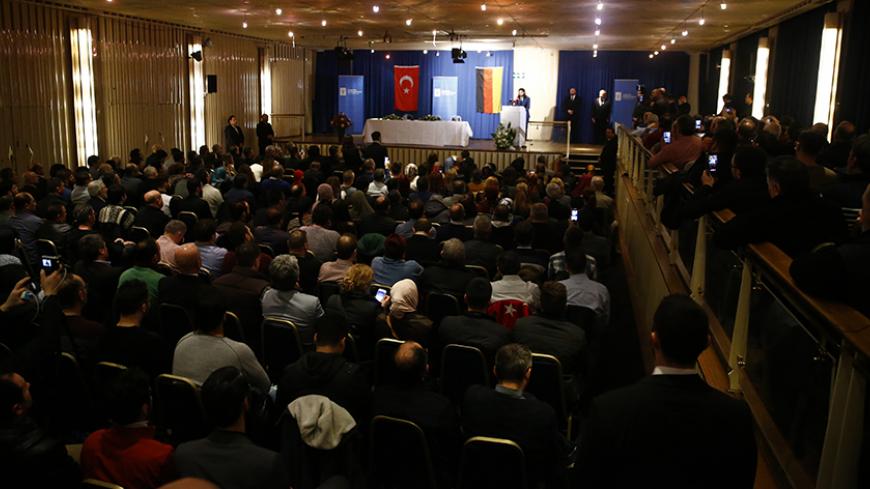 Last year, Turkey adopted a new method for calculating gross domestic product, the key indicator of national economies. The retroactive revision made Turkey the fastest growing country after China in the past six years, "readjusting" GDP upward by 20%. Controversy over the credibility of the new method flared up again last week as Ankara posted a 5% growth rate for the first quarter, well above forecasts ranging between 2% and 3%. Those who look at the other side of the shiny coin draw attention to a number of flaws, marked by incoherence and economic fragility.

Whether growth was really 5% and whether this rate is sustainable is open to discussion, but it is a fact that the economy has gained a certain growth momentum. The boost came partially from external dynamics and partially from domestic ones.

Chief among the external factors is, ironically, US President Donald Trump's failure to assert credibility and trust. The political crisis in Washington appears to deepen by the day amid growing questions over the American president's and his aides' contacts with Russia during and after the elections. Many observers believe the United States is drifting away from Europe. How the Trump administration will handle relations with China and the rest of Asia remains unclear, while a growing number of pundits have come to regard a strike on North Korea as possible. Trump's policy vis-a-vis the Middle East induces concerns because he seems to instigate the Sunni-Shiite rift and prioritize arms sales to the region.

Trump's questionable performance is seen as the main reason behind the US Federal Reserve's softening stance on rate hikes. As doubts grow over Trump's pledges for tax cuts, infrastructure investments and other reforms, the hikes are slowing down. After a three-month hiatus, the Fed enacted only a 0.25 point hike on June 14.

The Fed's "dovish" approach on rate hikes is the chief reason why global funds have been turning to developing countries again. The flow of short-term investment into emerging economies has led the dollar to cheapen and helped local currencies to recover. This, in turn, has had a revitalizing effect on imports and domestic consumption in those countries and, hence, on their growth.

So, Turkey was one of those emerging economies that benefited from Trump's stumbles through the renewed inflow of external capital. Turkey's risk premium, which stood at around 230 points earlier this year, has declined to about 190 points, owing also to diminished political risks at home in the wake of the April 16 constitutional referendum.

As short-term investors returned, pinching their noses against Turkey's non-investment grades by major credit rating agencies, the inflow of "hot money" stopped the dramatic rally of the dollar against the Turkish lira. The price of the greenback, which had come to the verge of 4 lira in January, retreated to the 3.5-3.6 lira range, helping to animate domestic demand and even exports, which, in turn, brought about growth.

In the meantime, the Turkish government was enacting its own measures to revive the economy, which had contracted in the third quarter of 2016, threatening a full-blown crisis. To ensure the renewed growth in the ensuing two quarters, Ankara boosted public spending and encouraged lending.

Offering state guarantees, the government promoted loans for small- and medium-scale enterprises in particular. As a result, the amount of treasury-guaranteed loan money, sponsored by the Credit Guarantee Fund, has reached nearly 180 billion lira (about $51.3 billion), with maturity terms extending to 10 years and often including grace periods of up to three years. The volume of the fund itself was raised to 250 billion lira (approximately $71.2 billion) in March, with public banks in particular lending lavishly in the run-up to the referendum.

The pace and amount of treasury borrowing is increasing, especially through external borrowing. This owes to the big increase in public spending earlier this year — both to avert the crisis and secure the referendum — and the tax discounts introduced for the same reasons.

Public finances can hardly go on like this, so this growth rate does not seem to be sustainable. Plagued by a chronic current account deficit, the Turkish economy can hardly cope with a budget deficit on top of it.

Another point of criticism is that growth is failing to create new jobs. Despite the 5% growth rate, employment in the first quarter appears to have increased only 1.7% from the same period last year. The situation in the industrial sector is particularly striking. The sector is said to have expanded 5.3% in the first quarter, but the number of its employees has remained unchanged from the 5.29 million in the first quarter of 2016. How the sector managed to grow 5.3% without creating new jobs is a frequently asked question in Turkey today.

Meanwhile, because of the lira's depreciation, Turkey's GDP is on the decline in US dollar terms. The 2016 GDP, for instance, amounted to $857 billion, but the 12-month GDP from March 2016 to March 2017 was worth $840 billion. The dollar's average exchange rate this year was 3.65 lira as of mid-June. Unless the rate eases significantly, Turkey's GDP this year will decrease further in dollar terms, meaning that GDP per capita — calculated as $10,807 in 2016 — will fall below the $10,000 mark again.

In sum, the accuracy of the spectacular 5% growth rate that the new calculation method produced will continue to stir debate. Moreover, a similar growth in the coming quarters is not guaranteed. The overall rate for the last four quarters, for instance, is 3%.

The ongoing double-digit inflation, the unrelenting unemployment rate and current account deficit, the resurgent budget deficit and the risk of bad loans after the lending spree are all seen as major stumbling blocks for sustaining the high growth rate.