As the Kurdistan region is preparing for a referendum on independence, the religious authorities from both Kurdish and Arab sides are fueling the political dispute over the issue. 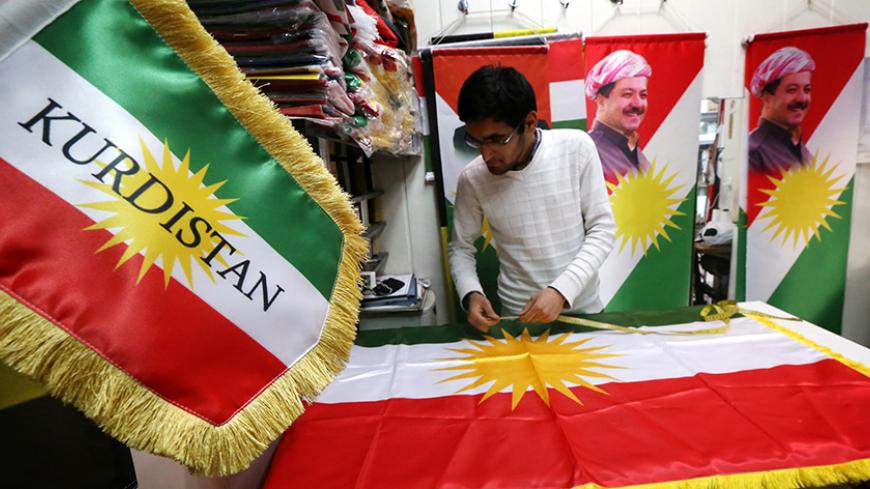 ERBIL, Iraq — Objections to the Iraqi Kurdistan’s referendum scheduled for Sept. 25 have gone beyond the political arena. Mosques are now involved, and religion is being inserted into the equation of supporting or opposing the calls for an independent state.

Religious authority Mohammad Taqi al-Madrasi reiterated his previously stated opposition to independence in a July 28 sermon and advised the Kurds “to limit their demands to the confines of sense and reason and to the constitution.” Mohammad Mahdi al-Khalsi, the religious authority in al-Kazimiya, called on all Iraqis July 7 to stand up against “divisive projects” and asked to put a nail in the coffin of this "suspicious" project. He also warned the Islamic world against forming a new Zionist entity that is Kurdistan.

Ammar al-Hakim, who heads the Shiite alliance, the largest political Shiite coalition in Iraq, said on TV in Egypt April 19, “I personally do not know any country that might recognize a Kurdish state — if announced — other than Israel. The Arab countries have Iraq’s unity at heart.”

Remarkably, linking Israel to a Kurdish state goes as far back as the Baathists, when the Kurdish movement was described as “Israel’s spy.”

Another cleric defending the secularism of the state, Iyad Jamal al-Din, attacked Iraqi Kurdistan President Massoud Barzani during an interview on Kurdish NRT television June 26. He said that there will not be a Kurdish state because there are vetoes against it from Iraq, Iran, Turkey, Syria and the world and that Barzani is building castles in the sand to cover up the constitutional void and instability in the Kurdistan Region. Jamal al-Din said, “There will not be a Kurdish state, not now, and not in 1,000 years.”

Sadrist movement leader Muqtada al-Sadr was the first to object to Kurdish independence and said, “I wish they wouldn’t implement this independence. The Kurds are our partners in this country.” He said in a statement released by his media office July 4, “I ask Barzani to postpone the separation as a first step to completely eliminating it in the future, because we are on the verge of liberating Mosul.”

Ayatollah Qasim al-Tai said in a statement on Jan. 25, 2015, that he firmly refuses the independence project. Grand Ayatollah Ali al-Sistani, the most influential religious figure in Iraq, has remained silent on the topic.

Arab Sunni clerics also had a say. Sheikh Ahmad al-Kubeisi who is well-known in Iraq reiterated that he supports Kurdish stances in a post published July 19. He said, “Iraq will be divided. The strong Sunni area will be Kurdistan, and it will not be restricted to the Kurds, but all Arab Sunnis are insistent on joining it.” Arab Sunnis, especially in disputed areas, support the referendum and want to join the Kurdish region.

Kurdish clerics are also voicing their support for the referendum. The Ministry of Endowment will give instructions to preachers in mosques, according to Nabez Ismail, the spokesperson for the Ministry of Endowment and Religious Affairs. Ismail said July 8, “Clerics will participate in the referendum by voting 'yes' with all their power. They believe this is a national duty.”

In an indirect response to the Shiite statements, the Central Council for the Kurdistan Islamic Scholars’ Union noted July 12 that it supports the referendum in the Kurdistan Region and the areas disputed between Baghdad and Erbil. The Kurdish Islamic body called on Kurdish forces “to unite, declare national reconciliation and overcome their differences to make the referendum successful.”

Ihsan al-Rikani, the head of the Dahuk branch for the Iraqi Kurdistan Region Clerics made a fiery speech on July 4 and said, “Anyone objecting to the referendum is a traitor and must leave the country.”

Abdul Latif Salafi, a Salafist preacher in Iraqi Kurdistan, said, “I fully support the referendum. Anyone opposing it is not a true Kurd.”

Fateh Sharestini, a well-known Kurdish preacher in Erbil, said June 18, “As Muslims, we should support Iraqi Kurdistan’s independence to the end. When we get the chance and the international stage is set — God willing and according to Sharia — we should be independent. If a person does not have an independent government and if their flag does not flutter above other countries’ flags, God will not accept their prayers.”

Al-Monitor contacted Abdullah al-Waissi, the head of the Iraqi Kurdistan Region Scholars, and asked him about the reasons behind the firm refusal of some Shiite clerics and the support or silence of the Sunni clerics. He said, “Most Sunnis have realized that coexistence among Iraqi components is long gone, unlike their Shiite counterparts who believe dividing Iraq would undermine its influence and strength in the region. For this reason, Shiites oppose the referendum.”

Historian and expert on Iraqi affairs Jabbar Qader told Al-Monitor that Shiite clerics are getting involved in this dangerous issue for specific reasons. He said, “Shiite ruling circles want to impose their control on a large stretch of Iraq because the gains they made have seduced them into holding on to Iraq’s unity. They appealed against the referendum and accused the Kurds of trying to divide the country, with Israel’s cheering.”

With the nearing referendum, Iraq might witness tenser religious interventions in addition to fatwas and different religious stances. Meanwhile, there are no tangible guarantees that armed militias will not dive right into the conflict.