Even after Attorney General Avichai Mandelblit said that the Regularization law is unlawful as it steals private Palestinian lands, Israel continues to defend it in court. 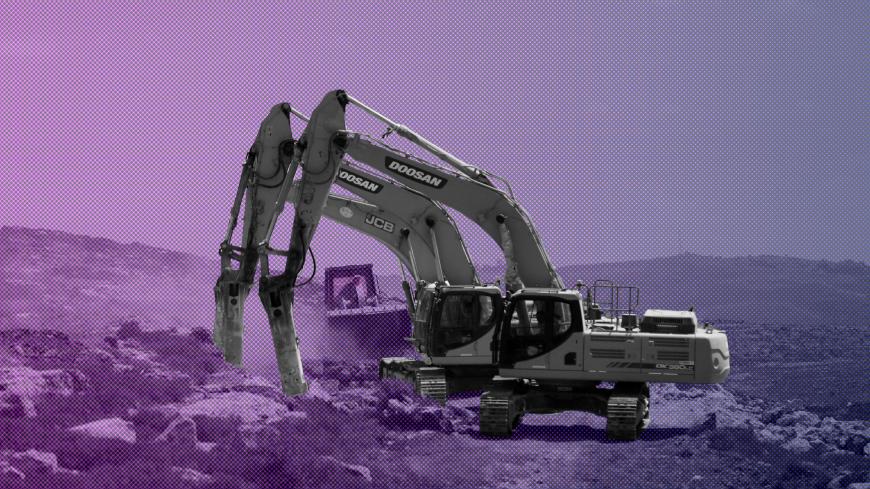 Heavy machinery is put to work in a field as construction begins on the new Jewish settlement of Amichai in the West Bank, June 20, 2017. - REUTERS/Ronen Zvulun

A US delegation led by presidential son-in-law and adviser Jared Kushner visited Israel and the Palestinian Authority Aug. 23-25. This visit generated fear within the Israeli right-wing camp that President Donald Trump really intends to revive the about-to-die peace process with the Palestinians. But by the time the delegation was heading back to the airport on its way home, it was the peace camp’s last optimists who felt disappointed. Truth be told, anyone who consulted the report delivered Aug. 22 to members of the United Nations Security Council by Miroslav Jenca, the UN assistant secretary-general for political affairs, should have realized that things would unfold this way. It was clear that Kushner would go to Washington empty-handed.

In his briefing, Jenca pointed to Aug. 3 remarks by Prime Minister Benjamin Netanyahu boasting of his government’s singular achievements in advancing settlement expansion in the occupied West Bank. “Such actions only fuel perceptions that those working to obstruct the two-state solution are gaining the upper hand,” Jenca warned, adding that settlements constitute a violation of international law and an obstacle to peace.

The state’s response Aug. 22 to a Supreme Court appeal against the so-called Regularization law reflects the true meaning of obstructing the two-state solution. This document is, in essence, an unconditional surrender to the radical right that makes a travesty of the two-state solution. It justifies expropriation of lands designated for the establishment of a Palestinian state for the establishment of Israeli settlements.

The state argues mainly that the recently adopted law allowing Jewish settlers to appropriate private Palestinian lands on which to build their homes constitutes “a humane, proportional and reasonable response to the genuine distress of Israeli residents,” whereas the current situation “relegates thousands of families to a life clouded by uncertainty.” An appendix to the state’s brief notes that at least 3,455 homes and public facilities have been built on private Palestinian land.

The state is being represented in the case by attorney Harel Arnon, because Attorney General Avichai Mandelblit refused to do so citing the law’s dubious constitutionality. Arnon argued that “significant Israeli construction in the region was carried out without due attention to legal procedures or in the absence of strict adherence to them.” But the state does not only admit to contributory negligence in the systematic decadeslong theft of property from thousands of people; the state affirms that this approach is due to the desire by “some Israeli governments to anchor the settlements [in the occupied territories] while maneuvering in a complex international arena.” To buttress the argument that the land theft was carried out in broad daylight, the state cites the 2005 report by attorney Talia Sasson, at the time a senior state prosecutor, tasked by the government to assess the legality of West Bank outposts.

The report determined that public, state-funded authorities played a central role in establishing illegal outposts, without an official decision by the authorized political echelon. Sasson, currently president of the New Israel Fund, is furious about what she views as the state’s abuse of the report she compiled. Land theft cannot be deemed legal, she told Al-Monitor. “Any person guided by an iota of moral values would refuse to listen to such absurd arguments,” she said.

Among those who did, indeed, refuse to listen was Mandelblit, who told Knesset members that the bill contravenes international law as well as Israel’s constitutional law. He believes most articles of the bill will not withstand the scrutiny of the nation’s top court, given that there is no precedent for the state expropriating private land from one person in order to hand it over to another.

With the peace process making its final exit, let's go back to the state’s argument that expropriation of private Palestinian land provides a “humane, proportional and reasonable response to the genuine distress of Israeli residents.” Let's assume that a measure of mercy is appropriate in these cases of expropriation. Is the “distress” of a Jewish (settler) family that poached Arab land — albeit with an unofficial nod from the state — greater than that of an Arab refugee family living for the past 70 years in a house abandoned by Jews? That depends. If the resident in question was fortunate to be born Jewish, the government will hire a private lawyer (Arnon) to defend him. On the other hand, if he is an Arab resident of Jerusalem’s Sheikh Jarrah or Silwan neighborhoods, the “humane response” offered him under Israel’s laws, its system of justice and its regime is an eviction notice. Such was the fate of Palestinian families evicted in recent years from predominantly Palestinian neighborhoods of Jerusalem to make way for Jewish settlers.

A similar fate awaits 86-year-old Ayyub Shamasnah and his family, who live in two rooms, partly under the surface of the road, in Sheikh Jarrah. During Israel’s 1948 War of Independence, the family left behind its village home in what was to become the State of Israel. Authorities in neighboring Jordan provided them with homes left behind by Jews during that same war. In recent years, a nongovernmental organization advancing Jewish settlement in Palestinian areas of Jerusalem bought the crumbling home inhabited for 70 years by the Shamasnah family from its one-time Jewish owner and obtained an eviction order against the family.

Among those who came last week to protest the order and express solidarity with the family was Michael Ben-Yair, who served as attorney general in the Yitzhak Rabin government in the early 1990s. Ben-Yair said he knew for a fact that all the Jews who had lived in that area of East Jerusalem until 1948, including his own family, had been given homes abandoned by their Palestinian owners in Jerusalem’s western neighborhoods in lieu of the property they were forced to leave behind in what became Jordanian territory. Ben-Yair announced that his family intends to petition for its original property ownership documents and to deed its home over to the Palestinian family living there.

On Aug. 17, a group of Israeli peace activists accompanied the Shamasnah family to a Jerusalem court in a last-minute bid to prevent the eviction. A dozen Western European and UN diplomats, for whom there was no place in the crowded courtroom, waited in the steaming hot corridor outside for two hours; that was their way to express their views about the way Israel treats its Palestinian residents.

Next time they come here, members of the US delegation would be well-advised to find time to meet with those diplomats and to hear from them how they view Israel’s commitment to a just peace between the two people.