When Israel's Court has to prevent Palestinian land theft

The Israeli High Court will have to decide on the legality, constitutionality and morality of stealing Palestinian lands. 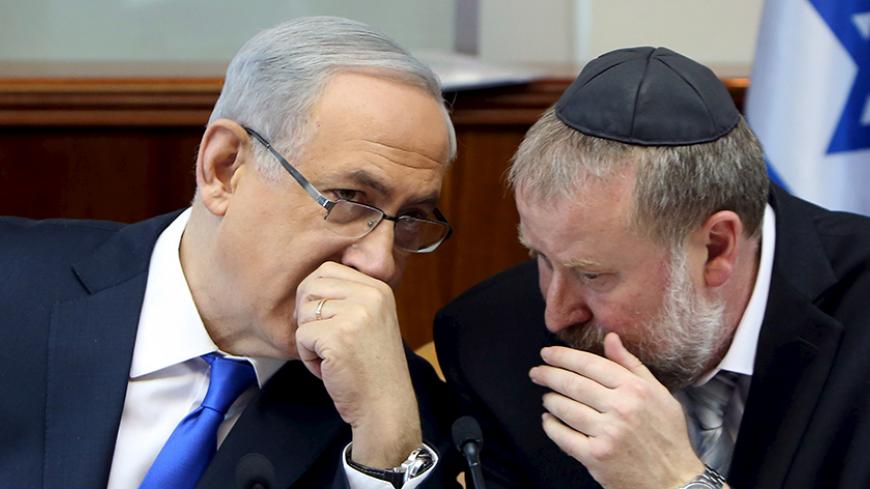 Imagine the following: The head of a corporate legal department tells the CEO that his plan to take over a plot of privately owned land for use by the company could land him in hot water with the authorities. What would the CEO do if his erudite legal adviser were to declare that he would not be able to defend the firm against legal challenges to such a takeover? How many CEOs would dare ignore the warnings of their personally appointed legal counsel, at the same time shutting out thunderous criticism of the dubious move from all over the world? How many boards of directors would have authorized the CEO’s plan, allowing him to appoint outside counsel to defend the company against lawsuits by landowners seeking damages?

The scenario is analogous to the Regularization Bill adopted Feb. 7 by Israel’s parliament, the Knesset, allowing the State of Israel to take over private Palestinian lands in the West Bank. This law enables Israel to regularize the legal status of illegal Jewish settlements. Attorney General Avichai Mandelblit — who also serves as the government’s legal adviser — has already made it abundantly clear to all concerned that in his view the bill is unconstitutional and contravenes international law. In capitals around the globe, Israel’s closest friends have for months protested against plans to push through the legislation. In a rare move, Mandelblit informed the court that he was recusing himself and would not be defending the state against petitions filed to annul the bill. The State of Israel is his client. His defeat is the state’s defeat. In another rare move, other relevant state-level legal advisers — of the Knesset and the Defense Ministry, as well as the military advocate general — also expressed opposition to the new law.

Despite the stance of the legal adviser, refusing to defend the bill, the board of directors headed by Benjamin Netanyahu — otherwise known as the government — did not dismiss Mandelblit. The attorney (Mandelblit) it has on its payroll was not sent home, even though his stance forced the government to look for outside counsel. And after Mandelblit’s refusal, the ministers didn’t have a thing to say about the decision by Justice Minister Ayelet Shaked to hand the case over to attorney Harel Arnon, despite a recent police recommendation to indict him on criminal charges. Shaked announced that there was no legal reason not to send Arnon to defend the state in the Supreme Court, praising him as “the most fitting person” for the task.

On reading the detailed appeal submitted March 5 to the court by 23 heads of Palestinian village councils, five Palestinian landowners and a dozen nongovernmental organizations led by Yesh Din, Peace Now and the Association of Civil Rights in Israel, one can understand why Mandelblit refused to defend the Regularization Law. It will be interesting to see how Arnon deals with the petitioners’ claims, after Justice Neil Hendel instructed the government, the attorney general, the military advocate general, the commander of Israeli forces in the West Bank, the head of the Civil Administration in the West Bank and its custodian of government and abandoned property to respond within 30 days to the petitioners’ request for a temporary injunction against the law and its implementation.

The repercussions of Supreme Court Case No. 2055/17 cannot be overstated. The petition states that according to an assessment by the Peace Now organization, the law would result in the expropriation of more than 8,000 dunams (2,000 acres) of private land on which Israeli settlements have been built, and thousands of additional dunams of land on which the invading settlers have planted crops — with the direct or indirect support of Israeli authorities. By dismissing the petition, the justices would be granting official legal approval to a law viewed by the petitioners as "a reward to lawbreakers, which will have a detrimental impact on the rights of Palestinian landowners.’’

The ministers and Knesset members who backed the law are forcing the Supreme Court to rule on weighty policy issues. For example, is the Knesset empowered to expropriate lands outside the state’s sovereignty from their rightful owners who are not citizens of the state, nor its residents, and are thus unrepresented in the legislative process of which they are victims? Can a court in a democratic state afford to stand by while authorities violate the rights of people who have no voice and no influence on the laws adopted by the state? Not only that, but the Regularization Bill also touches on the 1992 Basic Law (constitutional-like legislation): Human Dignity and Liberty, which outlaws violations of dignity, privacy and other basic human rights. Therefore, the Supreme Court’s ruling will not only relate to the legality of the Regularization Law, but also to its constitutionality.

The eyes of the world will be on the hall of justice in Jerusalem. The nation’s top justices are being tasked with an issue of principle related to international law: Is the expropriation of real estate of protected civilians under military occupation (in the West Bank) compatible with the regulations of the 1907 Hague Convention and the 1949 Geneva Convention on the protection of civilians during armed conflict? The petitioners warn that implementing the articles of the law could compromise the civilians and military officers asked to carry them out and expose them to accusations of various war crimes and violations of international criminal law. According to the appellants, widespread appropriation of property, not justified by military necessity, violates the Rome Statute on the constitution of the International Criminal Law.

“The fact that 61 hands could not be found in the legislature to prevent the ignominy of passing a dictatorial, evil, discriminatory and thieving law, which violates the principles and basic value of contemporary law practiced by all the nations of the world, is disgraceful and very sad,” the petitioners wrote. No less disgraceful and sad is the fact that the country’s top educator, Education Minister and Chairman of right-wing HaBayit HaYehudi party Naftali Bennett, doesn’t care about the provisions of the law. He draws from the Bible the authority of a 21st-century Jew to govern other nations. Bennett, the head of Shaked’s party, rebuked an Al-Jazeera correspondent who refused to accept the Bible as justification for the occupation, suggesting the correspondent "go change the Bible first" before rejecting Israel’s occupation policy.

And with such politicians, one could at the very least hope that the Supreme Court justices, among them those handpicked by Shaked, base their rulings on the book of law and not on the Bible.