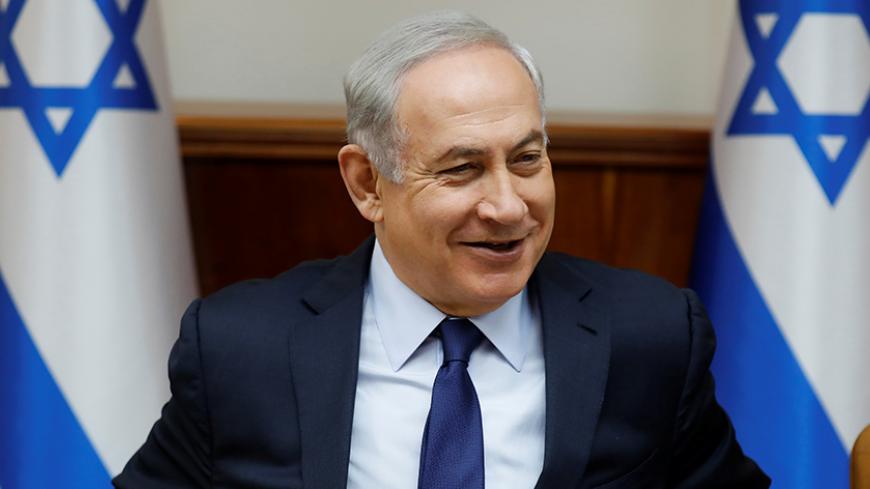 During the Roman era, the Temple Mount played a central role in the empire’s “divide and rule” strategy. In the first century B.C., the Roman governor Gabinius reinstated John Hyrcanus as high priest of the Jewish Temple, but handed over much of the power to rule the province to a group of rival noblemen. As concerns the modern era, Israeli Prime Minister Benjamin Netanyahu will go down in history as a politician who built a magnificent political career on foundations of enmity, on walls he erected between the people of Israel — between those on the right and the left, Jews and Arabs, the religious and secular, between ordinary Israelis and human rights activists and the media. History books will also credit him with the singular achievement of unifying the Arab and Muslim worlds against Israel and the Jewish people.

For years, the Palestinians have been trying with very limited success to unify the Arab and Muslim worlds around their struggle for the right to self-determination. Even as Israeli flags are unfurled over dozens of new, invasive outposts in the occupied West Bank, however, the flags of Jordan and Egypt continue to fly over their embassies in Israel. The Gulf states are tied up in a war in Yemen and a conflict with Qatar, while the Sunnis and Shiites are busy with mutual bloodletting. In addition, when Palestinian President Mahmoud Abbas' allies take time off from their rivalry with Hamas in the Gaza Strip, they seek shelter from the plots being hatched by former senior Fatah member Mohammed Dahlan and his people to dethrone Abbas. This is all without even mentioning the all-out wars in Syria and Iraq.

For years, the Palestinians also set their sights on Washington and major European capitals to convince of their cause. With few options left, they even initially had high hopes for US President Donald Trump, a man who can barely keep things together at home. French President Emmanuel Macron, newly settled in the Elysee Palace, is focusing most of his energies on domestic issues. German Chancellor Angela Merkel is in the throes of an election campaign. British Prime Minister Theresa May has troubles of her own with the European Union. The Boycott, Divestment, and Sanctions movement against Israeli products is not doing too well, either. For every singer who boycotts Israel, a dozen others — singers, dance and theater troupes — flock there. In addition, the number of Israeli artists — a group considered a bastion of the left — who refuse to perform in Israeli West Bank settlements is a drop in the bucket compared to the number of performances being staged at the culture centers in the settlement towns of Ariel and Kiryat Arba.

Now, although Abbas and his entourage are hardly saints, their patience has been rewarded. The Israeli government with Netanyahu at the helm has done the job for them, turning their waning national struggle into an incendiary religious feud. The government obediently played the role in which it was cast by the three Israeli Arabs who murdered two Israeli police officers on the Temple Mount July 14. The three knew what they were doing when they picked the site, holy to both Jews and Muslims.

It is well-known that even a hint of a Jewish plot to chip away at Muslim control over what to them is the Haram al-Sharif mobilizes Muslim communities around the world. One photo of a “Jewish” security camera or metal detector at the site brings out many more demonstrators onto the streets of Ramallah, Gaza, Amman and Cairo than thousands of words written about the hundreds of Palestinians killed in clashes with Israeli troops. The three terrorists from Umm al-Fahm knew very well that there is hardly a more flammable spot on earth.

The Palestinian issue, with the Al-Aqsa Mosque at its center, made it back not only into world headlines but also onto the websites and other platforms of global jihad. When “Al-Aqsa is under siege,” al-Qaeda calls on its adherents to wipe out any Jew, American or European standing in its way to the sacred mosques of Jerusalem.

The unilateral Israeli decision to install metal detectors at the entrance to the Temple Mount/Haram al-Sharif compound after the killing of the two policemen there, touched one of the neighbors’ most sensitive spots. Absurdly, Netanyahu damaged his claim to Israeli sovereignty over the Temple Mount, given that when all the gates were locked to Muslims, they were not open to Jewish visitors, either.

The prime minister’s march of folly did not stop at the walls of Jerusalem’s Old City. He managed also to erect an iron bridge between the Palestinians in Israel and those in the West Bank. Israel Channel 2 reported July 27 that Netanyahu had proposed swapping the Israeli Arab towns and villages in the predominantly Arab Wadi Ara northern region in exchange for West Bank settlements that would be annexed to Israel. The prime minister did not deny the reported proposal, which aligns him with Defense Minister Avigdor Liberman's radical party, Yisrael Beitenu, which espouses the transfer of Israeli Arabs. Now Israel's two top political leaders are playing into the hands of religious zealots and making Arab citizens of Israel seeking to integrate into Israeli society look like useful idiots.

Said Abu Shakra, who displays works by Israeli Arab and Jewish artists at the gallery he founded and runs in Umm al-Fahm, gave Al-Monitor a copy of a heart-wrenching letter he recently sent the prime minister. Among the choice excerpts, he wrote, “I am turning to you in this personal letter as a person born and living in this state; a person whose family was born here and whose roots are planted deep in its soil; a person for whom it’s important to ensure the future of the next generations; a person who has long been active for the sake of multicultural gatherings and the healing of rifts within Israeli society; a person who often deals with the severest crises of trust experienced by Israeli society, yet one who keeps on working with determination for coexistence.”

Abu Shakra accuses Netanyahu of sowing discord between Jews and Arabs. He reminds him of his famous warning to Israeli voters in March 2015, exhorting them to get out and vote because “the Arabs are flocking in droves to the polling stations.” He wanders with bitter irony, “Maybe you’d like to say that Umm al-Fahm is flocking in droves for Jerusalem?” He ends his letter with a promise that he and many around him will stand firm to create a new reality for the sake of future generations, a reality in which Arabs and Jews live side by side in peace.

The question is how much blood will be spilled until then in the national struggle between two peoples that is being turned by miscreants and fools into a conflict between two religions.