Are Israelis indifferent to corruption around Netanyahu? 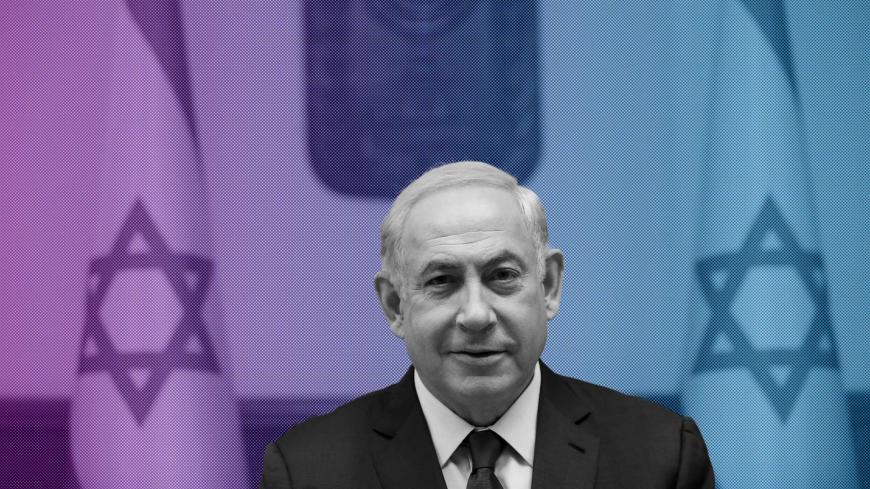 “Background noise." This is how Prime Minister Benjamin Netanyahu, speaking on a short Aug. 4 video clip, characterized the official police announcement that he was suspected of bribery, fraud and breach of trust.

The plot he allegedly cooked up with Yedioth Ahronoth newspaper publisher Arnon Mozes to obtain positive coverage in return for undermining a rival newspaper was “background noise.” The alleged attempts by his personal attorney and cousin David Shimron to promote a deal for the purchase of expensive and unnecessary naval vessels from German shipmaker ThyssenKrupp barely caused a ripple in the calm waters at the official residence on Jerusalem’s Balfour Street. The report that his former chief of staff Ari Harow had turned state’s evidence did not wipe the smile off Netanyahu’s face. Nor did the detention of his confidant, Communication Ministry director Shlomo Filber.

Indeed, Netanyahu may have no cause for concern. Even Justice Minister Ayelet Shaked of HaBayit HaYehudi, who is hardly a devotee of the Netanyahu family, said that an indictment does not necessarily mean an eviction notice from the office of the prime minister. Another Netanyahu coalition partner, the center-right Kulanu Party, headed by “Mr. Clean” Finance Minister Moshe Kahlon, has been mum. Opinion polls indicate that a sizable majority of Israelis want Netanyahu to “keep working for them,” as he pledged in a clip he posted Aug. 4.

The weekly scandals, as Netanyahu dubs the tightening noose of investigations against him, do not seem to be bringing about the end of his political career just yet.

Indeed, the weekly protests against Attorney General Avichai Mandelblit for supposedly dragging his feet in the major Netanyahu-related corruption investigations have picked up steam. But for the right-wing and ultra-Orthodox voters who constitute a majority of the Israeli electorate, it’s almost business as usual. In fact, this is nothing new. Israelis have grown accustomed to their country's very low rank of 22 out of 34 in the corruption index of the Organization for Economic Cooperation and Development.

Since the year 2000, 18 ministers and Knesset members and 35 municipal and local council heads and deputies have been indicted on criminal charges, according to a study conducted by the law firm of Gideon Fisher in conjunction with Haifa University law professor Emanuel Gross. The public indifference to the renewed appointment of convicted felon Aryeh Deri as interior minister is indicative of the fact that the Talmudic saying still holds true: “One does not appoint a public servant unless he has skeletons in his closet.” It brings to mind a reprimand I received from the ambassador of Cameroon when I wrote about the impressions of my visit in 1985 to his corrupt, undeveloped country, and described my shock on seeing the gold and marble presidential palace across the street from hovels. “You don’t understand anything,” the ambassador said. “The people want their tribal chief to live in a magnificent palace. He deserves it.”

Unknowingly, or perhaps knowingly, Israeli pollsters actually perpetrate the forgiving approach vis-a-vis politicians gone astray, thus legitimizing their rule. For instance, in a poll published Aug. 6, Channel 10 asked whether the prime minister should resign if indicted. Yes he should, 66% responded. Still, the respondents were also asked whom they would vote for if elections took place today. One option was the Likud Party, headed by Netanyahu; the poll indicated it would win 29 seats, a likely plurality in the Knesset. As a result, the public at large might assume that a politician who evidently has enjoyed the good life along with his family members at the expense of the average Israeli citizen and of Israeli businesspeople deserves without any reservation to hold again the reins of power.

Undoubtedly, poll results would have been different had the question been phrased as follows: ‘’Former Supreme Court President Meir Shamgar said that when there are many gifts received [by politicians], such as cigars and champagne, then he firmly believes that the prime minister must resign. Don’t you think that Netanyahu must resign?’’

Asaf Matskin, a researcher of corruption and public opinion and lecturer at the Interdisciplinary Center and the Tel-Aviv-Jaffa Academic College, warned nine years ago that the fight and passion against political corruption that existed in Israel at the start of the 1990s had waned. The mass demonstrations and hunger strikes against political corruption had stopped, and the strong sense that the electoral system must be reformed had dissipated. In a 2008 article published in a periodical titled “Readings in National Security,” in the midst of the investigations against then-Prime Minister Ehud Olmert, Matskin underscored that the shrinking public campaigns against corruption were by no means indicative of a decline in the extent of political and bureaucratic corruption in Israel. Indeed, Matskin wrote that political corruption was actually more prevalent than in the past among elected officials because law enforcement and judicial agencies treated elected officials differently than they treated Joe Public. This held true especially regarding those in higher office.

Matskin noted in his 2008 article that the new political corruption was characterized by a lack of shame and moral inhibitions on the part of elected officials, a breach of all possible moral limits and total disregard for the rule of law. In that regard, he mentioned the affair involving Netanyahu during his first term in office in the late 1990s in alleged wrongdoing involving a moving contractor. Then-Attorney General Elyakim Rubinstein extricated Netanyahu at the time from a criminal indictment. Less than a decade later, the public extricated Netanyahu from the opposition and sent him back to the prime minister’s office.

“The public in a democratic society can influence items on the agenda and as a result also the handling of various issues by the political system,” Matskin wrote. “However, the growing acts of corruption by elected officials and the shamelessness characterizing parts of the political system have increased public indifference.”

In an article in the same periodical, former Supreme Court Justice and Attorney General Yitzhak Zamir likened political corruption to “a cancer that spreads unnoticed throughout the body for a long time.” When the cancer is discovered at an advanced stage, it cannot be destroyed. “We are at the stage of a silent cancer of corruption spread,” Zamir added. He named political corruption as one of the top five issues threatening the existence of the State of Israel.

“When a regime is corrupt, what is the point of paying taxes or serving in the military?” Zamir warned, noting that each one takes care of himself only. Political corruption results in a decline in the level of public services, affecting everyone except for a small group of cronies close to the top who enjoy an ostentatious lifestyle. “Under such circumstances, the public may despair of its elected rulers and look for a strong leader who will have a free hand to root out corruption. Such a leader, in his fight against corrupt systems, is also a threat to democracy,” Zamir added.

Netanyahu, for his part, succeeded in making corruption much more sophisticated than ever before, all while undermining the pillars of democracy. But given the heavy "background noise" emanating from police investigations against him to every Israeli household, the guardians of democracy and the judicial system may just end Netanyahu’s rule before he destroys them.