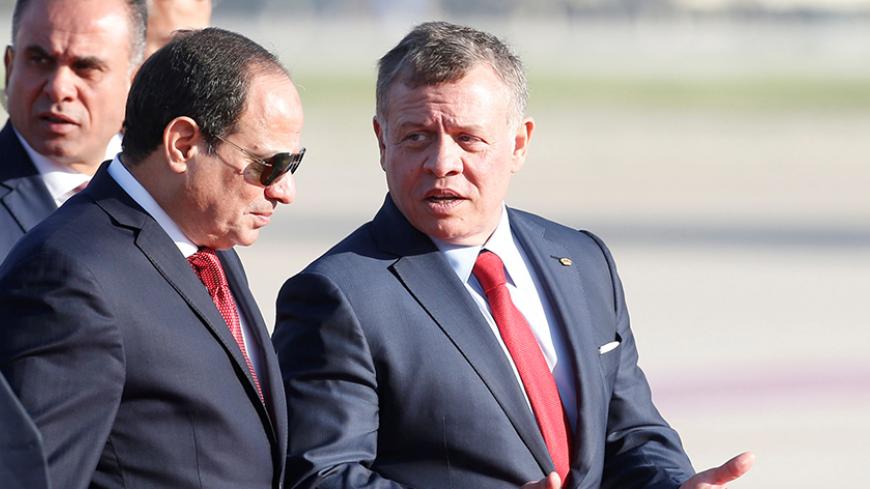 White House officials confirmed Aug. 11 that a high-ranking delegation would visit the Middle East at the end of the month to discuss “strengthening our relations with regional partners and the economic steps that can be taken both now and after a peace deal is signed to ensure security, stability and prosperity for the region.” In his seven months in office, US President Donald Trump has had time to realize that Israel cannot expect peace with its Arab neighbors without resolving the Israeli-Palestinian conflict. Israeli-Saudi ties and the preservation of Israeli-Egyptian and Israeli-Jordanian partnerships require a divorce agreement and a fair and reasonable division of assets between the Jewish state and the Palestinian one. Israel can reach peace with the Arab world only after resolving the conflict with the Palestinians. The White House also made sure to add, “The president is personally committed to achieving a peace deal between Israel and the Palestinians.”

Two days earlier, Prime Minister Benjamin Netanyahu made it clear that he did not intend to carry out the division of real estate required to break with occupied Palestine. He is trying to convince the public that he can dance at two weddings — that he can approve the construction of a new West Bank settlement in territories designated for a future Palestinian state and be accorded a warm welcome in world capitals. At the embarrassing rally organized by Likud activists in support of the Netanyahus on Aug. 9, Netanyahu declared, “We have Dimona and we have Amona.” Netanyahu was responding to Labor chair Avi Gabbay's July 10 statement about the need to first take care of Dimona residents, meaning poor Israelis, before the Amona settlers. Dimona is an impoverished city in the heart of southern Israel, and Amona is the West bank settlement evacuated last February by court order. Chastising the media, Netanyahu added, “You recall that the fake news media repeats … that if we don’t withdraw from areas of our historical homeland we will be isolated, weakened and abandoned.” Instead, he boasted, Israel is enjoying an unprecedented “political prosperity” on all continents.

In a July 19 meeting with four Eastern Europe leaders, Netanyahu bragged that unlike the “crazy” behavior of Western Europe, which conditions its ties with Israel on progress in peace talks with the Palestinians, the Arabs “talk with us about technology and everything we’re talking about here.” True, Israeli defense officials, senior figures of the country’s weapons industry and cybersecurity experts secretly share intelligence and combat doctrine with colleagues from neighboring Arab states. However, the attitude of those states — among them Egypt and Jordan, which have peace treaties with Israel — are more like that of a married person and a lover: They satisfy each other’s needs but keep their relationship away from prying eyes.

Israel’s embassy in Cairo has been vacant for nine months. This is the longest period since the establishment of ties between the two countries in 1979 that the embassy — Israel's first in an Arab state — has been unstaffed. Israel’s embassy in Amman has also been abandoned since the clash over Jerusalem’s Temple Mount in July and the ensuing violence on July 23, in which an Israeli Embassy guard in Amman shot dead two Jordanians, one of whom tried to attack him. But even prior to that crisis, there had been a decline in the embassy’s public activity in Jordan. On Aug. 13 an Israeli security delegation arrived in Cairo, attempting to reach an arrangement with the Egyptians on security measures that would enable the reopening of the embassy. According to Ynet, the sides have reached understandings that will soon enable the return of Ambassador David Govrin to the Egyptian capital.

But even if the Israeli diplomats in Cairo return to their desks, ties between the two countries will probably not be resuscitated. Govrin said at an Institute for National Security Studies conference in March that bilateral relations are primarily military. He warned that such a focus risks eroding peace. The ambassador complimented the strong ties between Netanyahu and Egyptian President Abdel Fattah al-Sisi, but emphasized that for peace to form deep roots, it must be based on two pillars — a military one and a civil-economic one.

In an April 1 article for Egypt's Al-Ahram, Ahmad Fuad Anwar, a professor at Alexandria University who concentrates on Israel, criticized Netanyahu's failure to set up a pro-peace government, preferring to establish a government with far-right elements. In an April 29 article, Anwar wrote that Egyptian-Israeli relations have not known such tension since the first Separation of Forces Agreement was signed in 1974.

Haaretz correspondent Barak Ravid reported on Aug. 8 that at a debate in the foreign affairs subcommittee of the Knesset’s Defense and Foreign Affairs Committee, representatives of the Foreign Ministry and the Trade Ministry expressed concern over the significant decline in ties with Egypt since the diplomatic staff left. While representatives of the National Security Council in the prime minister’s office said Netanyahu places more importance on intact defense ties with Egypt than on the staffing of the embassy, representatives of the military’s planning division noted that tensions between Israel and Egypt are having a negative impact on ties with senior Egyptian military officers.

This week, Al-Monitor heard the views of two former Israeli ambassadors on the paralysis of Israel’s two diplomatic offices in Arab states. Shimon Shamir, who served as ambassador in both Egypt and Jordan, was unambiguous, stating, “If the peace is important, the embassies are important.” Shamir added that a big question mark hangs over ties between countries that do not exchange ambassadors. “This is a symbolic manifestation, but also a practical sign that the peace is not stable and is at risk,” he said. The senior Middle East scholar noted that embassy staff “are deployed at the front, facing a hostile media and reacting to conspiracy theories and evil accusations that endanger the peace."

Shamir added, “Failure to send back an ambassador sends a message to the public there.” He stressed that ties between peoples create lasting relationships, whereas ties between governments can be terminated in a minute. “The Egyptian people don’t know whether there is defense coordination with Israel,” the retired diplomat said. “The people do know that there’s no Israeli Embassy.” Shamir was not oblivious to the security threats faced by the embassy staff, but noted that the United States does not shut down its embassies in states where American diplomats are under threat. “Diplomats are soldiers on the front,” he said. “You don’t pull back soldiers from the front because of a threat to their lives.”

Oded Eran, formerly Israel’s ambassador to Jordan and currently a senior fellow at the Institute for National Security Studies, presented a different view. “It’s a little hard for professional diplomats to admit, but states have economic and defense interests that can only be protected by compromising on principles and symbols,” he said. Eran added that Israeli prime ministers have diminished the status of ambassadors to that of a flag. “It’s highly doubtful that the prime minister knew the identity of the ambassador in Amman before deciding to make time on his schedule for a photo op with the security guard,” he said in a biting reference to the guard pulled from Israel's embassy in Jordan after the shooting. Israeli prime ministers, he added, have accepted the format set by late King Hussein of Jordan and former Egyptian President Hosni Mubarak, who preferred to conduct ties with Israel via special envoys and defense officials. This formula enabled the Arab leaders to limit domestic criticism over their relationship with Israel amid the continuing stalemate in talks with the Palestinians and the ongoing Israeli settlement drive.

Eran agreed that lowering the Israeli flag in Arab capitals is a negligible price compared to the one Israel would have to pay for a full and effective ambassadorial presence in Cairo, Amman and other Arab capitals that are signatories of the 2002 Arab Peace Initiative. He is likely referring to precious territorial currency. What domestic political price is Trump willing to pay to prove he's “personally committed to achieving a peace deal?”