Islamic scholar and columnist Hayrettin Karaman has angered Turkish women by questioning the chastity of those who smoke while wearing the veil. 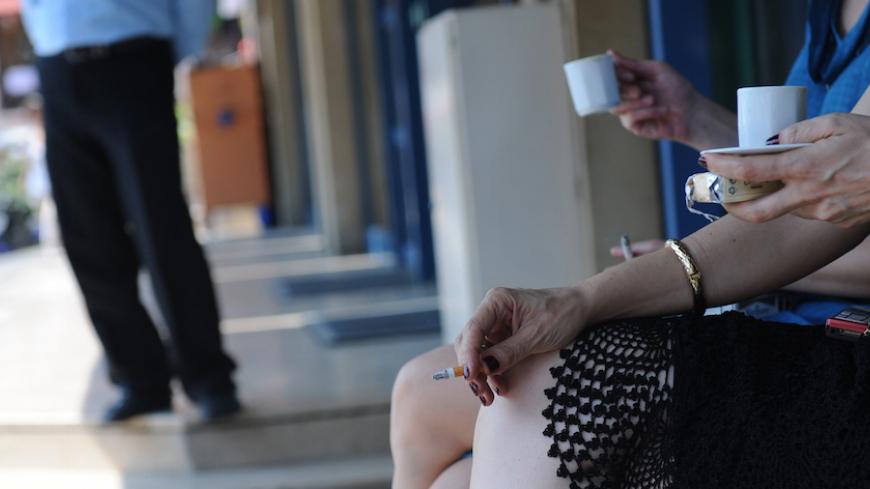 Hayrettin Karaman, one of the most prominent voices of Islamic conservatism in Turkey, probably did not expect to ignite a nationwide controversy with an article on women smoking in public. But his recent piece in the pro-Islamic and pro-government daily Yeni Safak, headlined “Smoking with headscarf,” sparked a conflagration.

Reiterating views that Muslims should not smoke, the Islamic scholar asserted Aug. 3 that cigarettes were much worse for women than men, as smoking sends signals about their morals. Karaman wrote, “When I see a woman who wears a headscarf but also smokes in public, I get the impression that she's saying: ‘Don’t mind the fact that I am covering my head. Don’t give up on me, I have a lot more to share with you.'”

To Turkish speakers, his phrasing can be taken as a message of sexual availability, although Karaman denied intending that meaning in his next column. “It never occurred to me that the expression would be interpreted in a way that alluded to loose morality,” he wrote.

But by the time Karaman published the clarification, many women — and men as well — were fuming. Karaman’s first column trended on Twitter in Turkey, and hundreds of social media users condemned him for passing judgment on women and depicting women who smoke as morally loose or promiscuous. The backlash was strongest among the very headscarf-wearing women he "mansplained."

Unsurprisingly, columnists in secularist dailies such as Cumhuriyet's Mine Sogut accused Karaman of having “a sick mentality” that saw “sexual promise in a lit cigarette.” But the reaction from many conservative columnists was just as strong, including some from Karaman’s own circles. Fadime Ozkan, a columnist for the daily Star, wrote that Karaman should be ashamed of himself and apologize to women.

Nihal Bengisu Karaca, a sharp-tongued columnist who wears a headscarf herself, penned a scathing rebuke headlined “If possible, let us not meet even in heaven” charging Karaman with both misogyny and banality. “Pity that after all that studying, one can still write as though composing [cheesy] song lyrics,” she said, adding that the column was “impertinent” and “libel against women who smoke.” Karaca accused Karaman of acting like many conservative Islamist men, citing numerous examples of their frequent condescending preaching to veiled women about their behavior.

Karaman’s words found some limited support among conservative men. “Hayrettin Karaman is speaking the truth,” one of them admonished veiled women in a tweet, “You are carrying [God’s] verse on your head; you will behave accordingly.” While most conservative male writers steered clear of the controversy, the pro-government and pro-Islamist Mehmet Metiner, a writer for Star and deputy for the ruling Justice and Development Party, admitted that his own daughter was one of the veiled smokers Karaman took to task. In his commentary, “You did no good with what you said, my teacher,” Metiner expressed his respect for Karaman, who is a professor emeritus of Islamic jurisprudence (“my teacher” is common title of respect for scholars in Turkish) but added that he was saddened by Karaman’s remarks on the chastity of female smokers.

The controversial column, some columnists pointed out, was only the tip of the iceberg in terms of the conservative male outlook toward women. Karaman and his supporters not only accused female smokers of frivolity and loose morals, they also upheld a patriarchal hierarchy. While arguing that women should not smoke cigarettes in public, Karaman underlined societal rules: “In our tradition … younger men also do not smoke next to the elderly; students do not smoke next to their teachers.”

Karaman was factually correct. In Turkish traditional culture, people do not typically smoke in the presence of people they consider their elders or superiors. The son-father hierarchy is a typical example: Sons will not smoke near their fathers, or will at least ask for permission first. Karaman took this tradition and extended it to women as inherently subordinate: Women should not smoke, he argued, when there are men around. Men, in other words, are their superiors and they must behave accordingly.

This attitude is not limited to Karaman and has a broad appeal among Turkish men — especially conservatives. Ayse Bohurler, a female writer who wears the Islamic headscarf as a sign of piety, outlined the problem in her column in Yeni Safak, the same newspaper that hosts Hayrettin Karaman. “The men of our [conservative] community have changed in various ways,” she observed, “but their evolution on women’s issues has been very limited.” While Karaman should apologize to women for “his judgmental, dictating attitude and bad jargon,” she noted, the broader Muslim male mentality needs to be questioned.

Karaca promoted the same idea and cautioned that if this attitude does not change, it will lead the new generation to question traditional values and create a division among conservatives.

The debate and the angry words exchanged demonstrate that Turkey’s religious conservatives, who now feel empowered after a century of exclusion by secularists, are far from a homogenous group. The more traditional, patriarchal, authoritarian line, represented by figures like Karaman, can carelessly ignite opposition from others who seek an Islamic model that is more modern, egalitarian and less judgmental. The difference can flare up at any moment.