The Sept. 25 referendum on independence in Iraqi Kurdistan may turn the predominantly Sunni Arab displaced community into a new source of tension between the Iraqi government and the Kurdistan Region. 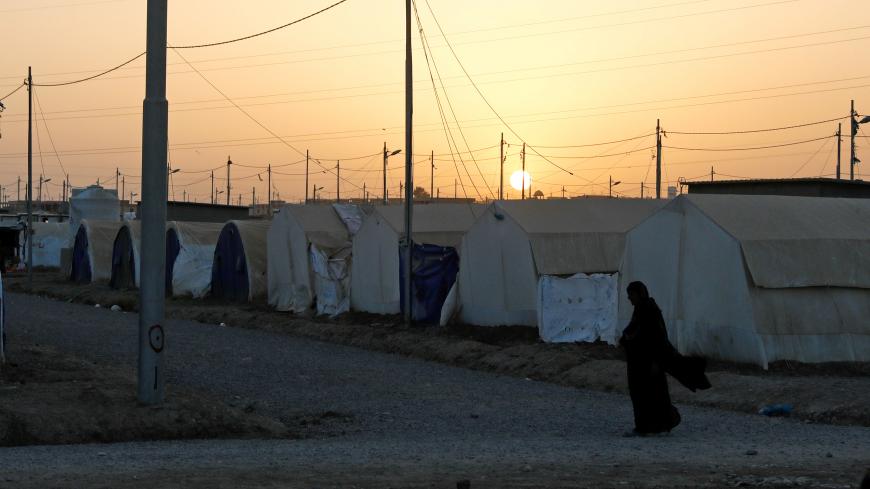 A displaced Iraqi woman from Mosul walks towards her family's tent at a refugee camp al-Khazir on the outskirts of Erbil, Iraq, June 10, 2017. - REUTERS/Erik De Castro 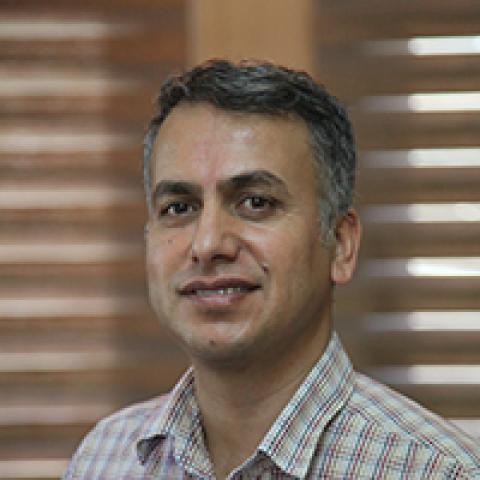 ERBIL, Iraq — With the referendum on independence in the Kurdistan Region of Iraq scheduled for Sept. 25, the fate of the large number of displaced Iraqis and Syrian refugees in the region is unknown.

On Aug. 31, Iraqi Prime Minister Haider al-Abadi announced the liberation of Tal Afar and Ninevah province, which was preceded by the liberation of the city of Mosul on July 10. But are the hundreds of thousands who fled from the Islamic State (IS) to the displacement camps in the Kurdistan Region going home anytime soon?

According to official data from these camps, as of Aug. 10, there was a population movement from/to the displacement camps and residents’ original areas in Ninevah province.

Karzan Noori, the head of the Erbil office of BCF, a nongovernmental organization that oversees the management of 15 camps for displaced Iraqis and Syrian refugees within Erbil province, told Al-Monitor that while there is widespread willingness among the displaced to return to their original areas, little has been done, especially on the part of the Iraqi government, to facilitate their return. He said, “The concerned Iraqi government bodies have done almost nothing in the newly liberated areas to ensure the safety and security of returnee families, provide public service and reconstruct the collapsed infrastructure."

Muslih Irwani, the chair of the Center for Peace and Human Security at the American University of Kurdistan in Dahuk, said that while the displaced enjoy security in the Kurdistan Region, a similar level of security is far from being achieved currently in the areas they originate from. He told Al-Monitor, “There are many security issues, tension and conflict in the areas recently taken back from IS.”

With a population of just over 5 million, Iraqi Kurdistan has been hosting more than 1.4 million displaced Iraqis and Syrian refugees who fled their homes as a result of the fighting that has been raging in the region since 2011. The Christian minority, which has been living in central and northern Iraq for two millennia, was among the first wave of displacement in the region. However, the IS assault on Iraq that started in 2014 touched almost all communities in Iraqi society, forcing hundreds of thousands to leave their ancestral home and seek refuge in the Kurdistan Region and the peshmerga-controlled disputed areas.

The military operation to retake the city of Mosul, which started on Oct. 17, 2016, resulted in a massive exodus of civilians fleeing death and destruction in the war-torn areas in Mosul and the surrounding towns and villages toward safe shelters located between the cities of Erbil and Mosul. According to UNHCR data, the number of displaced people from Mosul currently stands at just over 830,000. According to data obtained by Al-Monitor from BCF staff, more than 150,000 people stay in five large camps located on the outskirts of the Erbil governorate.

According to the World Bank, the Kurdistan Regional Government (KRG) has had to deal with the massive increase in the population while grappling with the economic crisis that hit the region in early 2014. In addition, the already fragile socio-economic situation of Iraqi Kurdistan worsened due to the Iraqi central government’s decision to halt all fiscal transfers from Baghdad to Erbil in February 2014. These developments have forced the KRG to depend entirely on revenues from oil exports, which have plummeted since 2014, to pay its large number of government employees.

While the 720,000 government employees in the Kurdistan Region have been receiving less than half of their monthly salaries since the end of 2015, community-based humanitarian initiatives have been supporting the official efforts with generous contributions by local private companies and individuals.

Realistic and long-term policy rearrangements in Iraqi Kurdistan, both nationally and globally, are needed. Whether the large displaced and refugee populations will stay in the Kurdistan Region or return home — given land claims, nationalistic concerns, integration and social cohesion — is of paramount importance. The outcome of the referendum on independence may bear an immediate effect on the fate of the current humanitarian situation in Iraqi Kurdistan. Although it may be too soon to predict the fate of the Iraqi displaced population following a yes vote, it is highly likely that their continued presence could turn into a new source of tension between the Iraqi government and the Kurdistan Region.

The possible demographic impact of displaced Iraqi Arabs in the Kurdistan Region has been described as a "time bomb" by some Kurdish nationalists. This may partly explain the growing tendency toward independence over the last few years following the influx of displaced Iraqis into the region.

While Sunni Arabs make up the majority of the displaced in the Kurdistan Region — some of whom originate from the disputed areas between Baghdad and Erbil — the majority of Syrian refugees are ethnic Kurds from northern Syria. According to Irwani, evidence-based research indicates that "IDPs [internally displaced people] are less accepted than refugees by the host communities."

In case Iraqi Kurdistan opts for independence, the large number of displaced Iraqis will become refugees overnight, adding another source of tension to the already troubled relationship between Erbil and Baghdad. Al-Monitor tried to obtain the opinion of a number of Kurdish officials on this issue, but they refused to comment, saying the issue is "too politically sensitive" at this particular time.

Over the last few years, the Kurdistan Region of Iraq has been a safe haven for the displaced and refugees and maintained stable intercommunity relations. However, the outcome of the referendum may have implications on the fate of this safe sanctuary.