Egypt's Ministry of Awqaf is once again opening its training camps for religious education, looking to include women and young people in an effort to fight extremism. 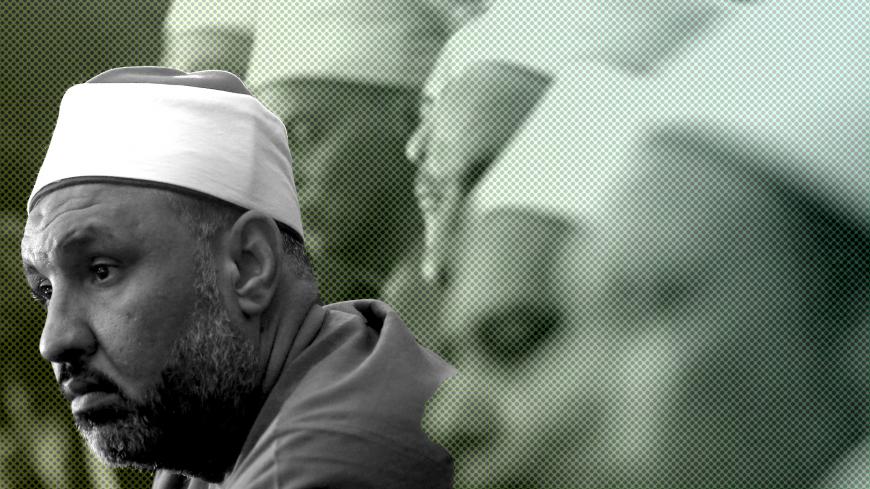 CAIRO — After six years, Egypt is reopening religious training camps to bring its employees and others up to speed on their education and give them the tools to guard against extremist thought. In addition to targeting imams, administrative staff and midlevel department heads, the camps will target students of Al-Azhar institutes and, for the first time, female preachers.

The ministry also hopes the effort will strengthen its employees' "street cred," which has suffered among some young Muslims.

The camps were closed half a dozen years ago due to the country's unstable security conditions, but the Ministry of Awqaf (Religious Endowments) now believes "the dust has settled in Egypt," Sheikh Jaber Tayeh, the head of the ministry's religious department, told Al-Monitor.

The most recent reopening was Ras al-Barr camp in Damietta governorate in the northeast, which was opened Aug. 12, preceded by Abu Bakr al-Siddiq camp July 23 in Alexandria. The ministry said it plans to open other camps in Upper Egypt. The camps, which have been around for 30 years, have their own budget set by the Ministry of Awqaf.

Tayeh said, “We want to upgrade the level of preaching by allowing the trainees to benefit from the experience of Al-Azhar imams and teachers, discuss contemporary issues and think about their solutions.” The camps also will address principles of citizenship, and they will be organizing cultural and touristic trips to archaeological sites, he added.

“The role of female preachers is as important as that of clerics," Tayeh said. "Their influence reaches society and mosques.

The ministry chooses female preachers carefully to face extremist thought. For instance, they should be graduates of Al-Azhar University or the Awqaf-affiliated Islamic culture institutes.

For the first time in the history of Abu Bakr al-Siddiq camp in Alexandria, female preachers were welcomed Aug. 5. The group consisted of 80 volunteers and appointed preachers who have graduated from Al-Azhar and have been preaching in mosques as volunteers.

Wafaa Abdul Salam, a female preacher at the Ministry of Awqaf, told Al-Monitor, “The participation of female preachers is a positive step that aims at cementing their presence and ensuring that the ministry officially acknowledges them.” She added, “The [camps] help women preach with a moderate approach. Camps are an enriching experience for women, allowing them to meet in different governorates and to discuss issues that interest them, like how much Islam honors women.” She also praised the psychological and spiritual guidance that the camps offer.

President Abdel Fattah al-Sisi has repeatedly called on Al-Azhar institutes and the ministry to renew their religious rhetoric in Egypt, update religious interpretations and implement religious reform, which he said will not change Islamic principles. Such actions will, however, help prove that Islam is a peaceful religion, he said.

Despite these calls and pressure, religious institutions are still standing their ground against renewing the religious discourse.

Georges Fahmi, a research fellow from the Robert Schuman Center for Advanced Studies, told Al-Monitor, “The reopening of the Ministry of Awqaf camps is a step in the right direction.” He argued that imams face a major obstacle in countering extremist thought, as some of them lack credibility within the religious sphere.

“The angry Muslim youths who got carried away with violence believe the imams are mere mouthpieces for the state and do not trust them," he said.

Fahmi believes that Al-Azhar, unlike the Ministry of Awqaf, seems aware of the need to protect its image as an independent religious authority and is keeping its distance from the political regime. “The Ministry of Awqaf wants to tighten its grip on mosques and religious rhetoric, for instance through the unified Friday sermon, which weakens the image of imams and makes them look like employees who say what they are told to," he said.

Fahmi added, “The solution is to proceed with measures that return to imams their legitimacy so they have credibility in their surroundings and to nourish their competence while giving them a breathing space in their preaching to face radical Islamist groups.”