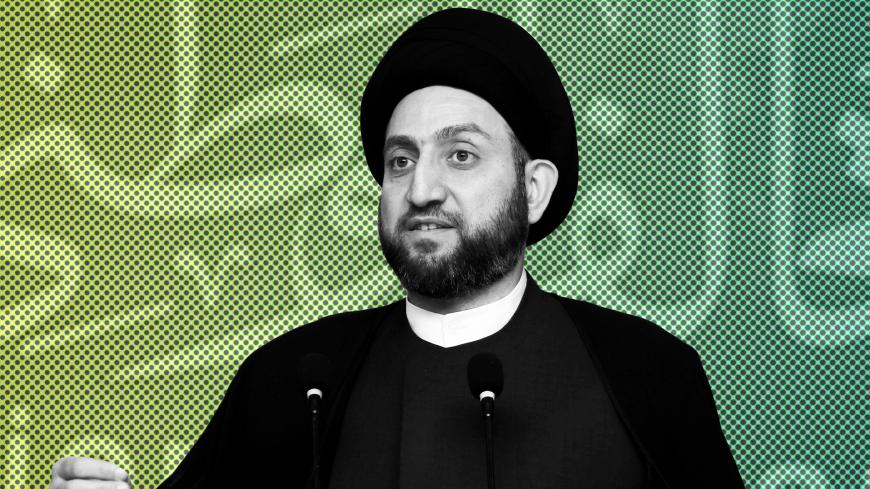 The Iraqi Shiite political scene is witnessing remarkable developments ahead of the parliamentary elections scheduled for 2018. With a mix of internal and regional political coalitions, the National Iraqi Alliance will not remain as it was in the 2010 and 2014 elections.

Ammar al-Hakim, leader of the Islamic Supreme Council of Iraq party and head of the National Iraqi Alliance, withdrew from the council and established a new party in July called the National Wisdom Movement.

These two events are seen by some as an attempt to form an Iraqi Shiite movement that is independent from Iran and open to Sunni Arabs in Iraq as well as its Arab and Gulf neighbors.

In announcing he was establishing the National Wisdom Movement, Hakim said it “will work hand in hand with Iraqis to ensure democratic elections that include all of Iraq’s spectra, away from sectarian and national polarization, and embark on a new political horizon, because Iraq should be at peace with itself.”

Hakim wants to distinguish his new party from the other Shiite parties, including the Islamic Supreme Council, which he had presided over since the death of his father, Abdul Aziz, in 2009.

“Iraq 2017 is very different from Iraq 2003," when Saddam Hussein's regime was toppled, Hakim said. "We believe that an understanding must be reached between the effective and influential brotherly and friendly countries over the great issues of the nation, and Iraq will play a pivotal role among all brothers in the region to reach understandings that could serve the interest of the countries in the region, develop their people and stop the negative international interventions and the state of polarization that is draining everyone.”

In an Aug. 20 meeting with the US special envoy to the anti-Islamic State (IS) coalition, Brett McGurk, Hakim said his new political entity will work to “get rid of sectarian and nationalist polarization,” open up to the Sunnis in Iraq in particular, reach an understanding with neighboring countries and disassociate Iraq from the conflict in the region.

In support of Hakim's new direction, McGurk told him that the United States continues to “encourage countries in the region to open up to Iraq.”

The head of the Iraqi Center for Political Thought, Ihsan al-Shammari, told Al-Monitor there have been major differences between Hakim and other leaders in the Islamic Supreme Council who think of themselves as “older and more experienced, with a longer record of struggle.”

Shammari said the most prominent differences emerged after council leaders accused Hakim of making decisions without consulting the leadership.

A source close to the Hakim family told Al-Monitor on condition of anonymity that Hakim had suggested to council leadership that some young members should be introduced into the leadership, but veteran leaders rejected the idea. Other leaders also objected when Hakim assigned young people to some positions and institutions in the council. According to the source, the leaders thought Hakim was appointing people close to him with the aim of taking over the council’s institutions.

The same source said Hakim believes that the National Wisdom Movement provides an opportunity to get rid of the burden of the Islamic Supreme Council, which no longer serves as a political and intellectual framework. The council was established as an umbrella for the Islamic parties opposed to Hussein's regime between 1982 and 2003, and it became independent after most parties withdrew from it.

A source close to council leadership told Al-Monitor on condition of anonymity that the council's senior leaders, which include Humam Hamoudi, Baqir al-Zubeidi, Sadr al-Din al-Qabbanji and Jalal al-Din al-Saghir, “find themselves more politically influential and prominent than Hakim and have a stronger relationship with Iran than Hakim, who is trying to be a mediator between the Sadrist political movement and the Popular Mobilization Units [PMU], which are closer to Tehran.”

Despite the strong and historical relationship between the Hakim family and Iran, Hakim has been characterized by a relatively independent policy, which was reflected in his support for Ayad Allawi as prime minister and his opposition to Nouri al-Maliki's nomination for a second term after the 2010 elections, contrary to Iran's desire.

However, Hakim maintains good relations with Arab and Gulf states and will not take any step that could strongly upset Iran and its allies in Iraq.

The new developments in the Hakim political movement indicate he might forge an alliance with Sadr and Prime Minister Haider al-Abadi in the upcoming elections against an alliance between Maliki (now vice president) and the other Shiite parties close to Iran. Hakim, Sadr and Abadi all reject Maliki's desire to return to power as prime minister, and all three seek a national discourse based on citizenship and pluralism. They all want to attract Sunnis and civil movements, to disassociate from Iran and its "axis of resistance" policy, and to defer to Iraq's Ayatollah Ali Sistani, as opposed to the pro-Iran parties, which defer to Iran's Khamenei.