Turkey’s president has claimed an agreement with Russia to buy a missile defense battery system is going forward despite objections from its NATO partners and the likely difficulties of satisfying Moscow after the deal. 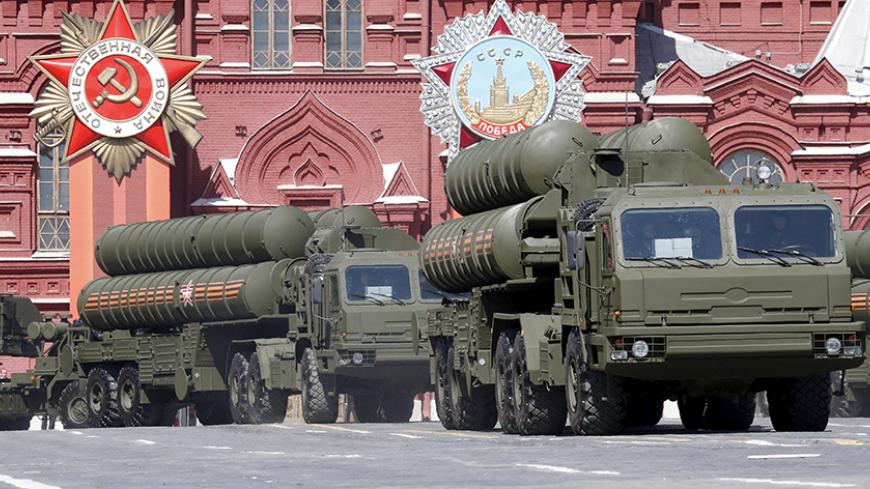 Turkey’s President Recep Tayyip Erdogan told members of his ruling Justice and Development Party July 25 that his country had signed an agreement with Russia to buy an S-400 missile defense battery system, apparently overriding objections from the United States and fellow NATO partners. Steps have been taken concerning the S-400s, he reported, declaring, "God willing, we’ll see them in our country soon.”

Erdogan was probably referring to a preliminary agreement to pay $2.5 billion to acquire Russia’s most advanced missile defense system, a deal that cannot be considered final until some money changes hands. Indeed, it remains unclear what sort of financing package is being envisioned.

Erdogan’s remarks came a day after Gen. Joseph Dunford, the chairman of the US Joint Chiefs of Staff, argued that Turkey could not proceed with the purchase. “It would be a concern, were they to do that, but they have not done that,” he told a security forum in Aspen, Colorado.

However, Turkey’s deputy prime minister, Fikri Isik, who was the defense minister until last week’s Cabinet reshuffle, signaled Turkey’s determination to go ahead with the deal, saying, “All technical work is completed.”

Erdogan appeared to dismiss the notion that acquiring the Russian system would undermine Turkey’s security arrangements with NATO. “Why will it cause tension? A country should seek the ideal path to its own security,” he said.

Analysts tend to concur with Dunford that Turkish talk about acquiring the S-400 is just that and likely fueled in particular by Turkey’s anger over the ongoing partnership between the United States and the Syrian Kurdish People’s Protection Units (YPG). The purpose of brandishing the threat of deepening military ties with Russia may well be intended to force the United States to reconsider carrying out further operations against the Islamic State with the YPG once the jihadis' so-called capital, Raqqa, is freed.

Turkey insists that the YPG poses a pressing threat to its national security because of the group’s intimate ties with the Kurdistan Workers Party (PKK). The PKK resumed its fight against Turkish security forces for Kurdish autonomy inside Turkey after 2½ years of cease-fire collapsed in July 2015 amid mutual recriminations. US officials privately acknowledge that the PKK, which is on the US State Department’s list of terrorist organizations, and the YPG, which isn’t, are closely intertwined. Yet in public they maintain the fiction that the PKK and the YPG are distinct because of the latter’s prowess against IS. This twist drives Turkey crazy even though the Syrian Kurds have repeatedly conveyed their desire to cooperate with Ankara including against IS.

But even as Turkey carps on about the dangers posed by the YPG, a different threat is looming ever larger over the western side of the Syrian border with the July 23 fall of Idlib to Hayat Tahrir al-Sham (HTS), the latest iteration of al-Qaeda-linked Jabhat al-Nusra. The Turkish-backed Islamist militia Ahrar al-Sham, which had been clashing for over a week with HTS, has fully withdrawn from Idlib, leaving the rival militants free to wreak havoc.

Ahrar al-Sham's attacks against its former allies are believed to have been encouraged if not planned by Turkey, all part of a rumored arrangement with Russia. Syrian Kurdish officials claimed in earlier interviews with Al-Monitor that in exchange for pressuring the YPG to cede positions in and around Afrin to Syrian forces, Russia is asking Turkey to take action against HTS, which remains the biggest threat to the Syrian regime.

With Ahrar al-Sham’s failure the only other option left for Turkey is to attack HTS itself, which it is loath to do. “If Turkey was hoping that Ahrar al-Sham could be the spearhead of a proxy intervention in Idlib to weaken HTS and establish a northwestern sphere of influence, obviously that option is no longer available,” observed Aris Roussinos, an analyst who closely monitors the Syrian conflict and has spent considerable time in the field. He told Al-Monitor, “Ahrar al-Sham was considered the strongest of Turkey’s rebel proxy forces, but the ease and rapidity with which HTS crushed them highlights where the real power lies in Idlib … Ahrar al-Sham have been humiliated and may accept HTS control.”

Aymenn Jawad al-Tamimi, a fellow at the Middle East Forum and an expert on jihadi groups, agrees. He told Al-Monitor, “Even if Ahrar al-Sham doesn’t come to an end, its power has been significantly reduced in Idlib.”

What can Turkey do? There is far more at stake than any quid pro quo with Russia over the YPG. HTS leaders, unlike their IS peers, have long refrained from targeting Erdogan in public. Indeed, Turkey and its top regional ally Qatar have been accused of supporting Jabhat al-Nusra precisely because it's been so effective against the Syrian regime even though Turkey formally classifies the group as a terrorist organization. Al-Qaeda militants have struck inside Turkey before, most notably when it mounted twin suicide bomb attacks against Jewish and British targets in Istanbul in 2003. Three of the four suicide bombers were local recruits. And should Turkey strike the group inside Syria, it could happen again.

Indeed, the recent spike in Erdogan’s anti-Israeli rhetoric over Israel’s installment of now dismantled metal detectors at the entrance of Al-Aqsa Mosque in Jerusalem may be calculated in part to re-establish his own Islamist street cred among his pious base, some of whom openly sympathize with al-Qaeda and HTS. Thus, any overt military action against the latter will be something of a hard sell, unless Erdogan can hold up big and tangible gains against the YPG as a result.

Tamimi warned, “A jihadist safe haven as has developed in Idlib risks becoming a ground from which jihadists can plot attacks abroad.” The possibility is a concern for the United States as well, but with no reliable force like the YPG to partner with in Idlib, there is little it can do. He added, “The only immediate solution I can think of is a direct military intervention, although I doubt it will happen.” Moreover, Roussinos noted, “Any military intervention that would be opposed by [HTS] would be beyond the [Turkish Armed Forces'] current capacity to easily achieve.”

He explained, “Based on its weak performance in al-Bab, where the terrain of rolling plains and gentle relief was far more favorable to Turkish armor than Idlib’s wooded plains would be.” Roussinos was referring to Turkey’s difficult and costly campaign to drive out IS from the town of al-Bab. As for Turkish airstrikes, Roussinos contended they "won't really achieve anything without ground troops actually seizing territory from them."

Moreover, he added, the ensuing civilian casualties "would be exploited by both HTS and sympathetic civilian activists, really exposing the technical and political limitations of Turkish policy in Syria."

Meanwhile, the HTS takeover of Idlib is putting at risk hundreds of thousands of displaced Syrians in the Atmeh camp, which was run by Ahrar al-Sham until its defeat. Osman Atalay, a spokesman for the Foundation for Human Rights and Freedoms and Humanitarian Relief, Turkey’s biggest nongovernmental relief organization that has been aiding Syrian refugees since the start of the conflict, said access to Atmeh may become trickier because HTS is now in control.

In a related development, the Bab al-Hawa border crossing near the Turkish city of Antakya, a key supply route for the refugees, remained sealed for a fifth day, disrupting the flow of aid. “Taxes” levied at the border gate on an average 300 trucks passing through each day make up a lucrative source of revenue for the forces controlling it on the Syrian side.