Dependents of expat workers in Saudi Arabia will be charged a dependent fee starting in 2017, which is a further strain on the salaries of foreign workers and will likely result in large numbers of families going back home. 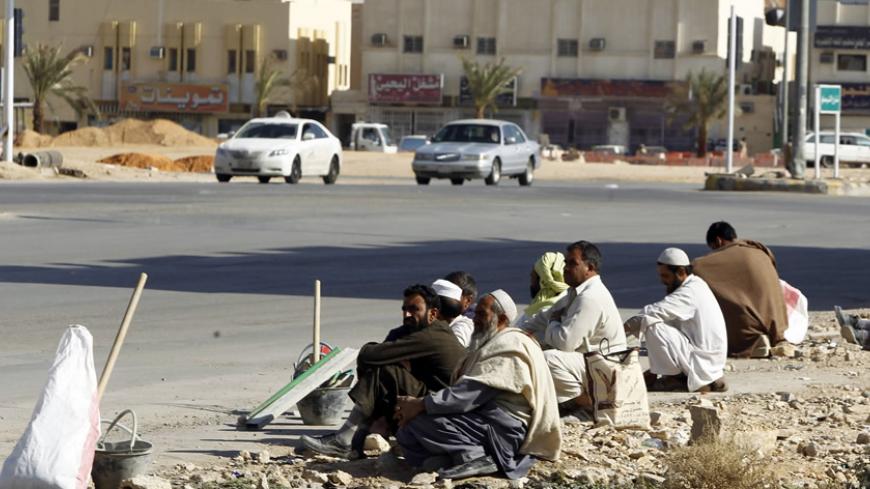 Egyptian workers along with other expatriates in Saudi Arabia expressed their concerns over the Saudi government's recent decision to impose new fees on the dependents of foreign workers, in a move to boost state revenues that have been hit by the decline in oil prices. Feeling the pinch of the increased fees, many Egyptians are planning to send their families back home to avoid this extra financial burden that will swallow their salaries.

The newly introduced levy, which went into effect July 1, came as part of Saudi Arabia's fiscal balance program adopted in December. The program aims to strike a balance between revenues and expenditure by 2020.

The monthly fee will begin at 100 Saudi riyals ($26.65) per dependent in 2017. This amount is expected to increase gradually every year until 2020. It will double to 200 riyals in 2018. Then, it will increase up to 300 riyals and 400 riyals in 2019 and 2020, respectively. The passport department, meanwhile, announced that the fees are mandatory and need to be paid before residency permits can be renewed, and exit/re-entry visas issued.

According to official statements, the expat dependent fees will help the government yield total revenues of 1 billion Saudi riyals by the end of this year and 65 billion riyals by 2020.

Saudi Arabia hosts 11.7 million expats, including 7.4 million workers and 4.3 million dependents, that is, nearly 1.1 million families. In fact, Saudi Arabia has always been the main destination of Egyptians who seek higher salaries and better living conditions. In light of these fees, Saudi Arabia will be an expensive place to live for expats.

The future of more than 2 million Egyptian workers in the kingdom is now at stake, as many of them will be forced to live alone and send their families back home since they cannot afford the increasing fees.

Mohamed Ali, an Egyptian engineer who has been living in Dammam with his family of four for more than 11 years, told Al-Monitor, "Expats' situations here have become extremely miserable. With a heavy heart, I will send my family back to Egypt. It is very hard for any large family like mine to pay the dependent fees, especially in the long run. This year, for instance, I have to pay 4,800 Saudi riyals [$1,300] for my family."

Ali noted that many expats will choose the lesser of two evils to maintain a decent life for their families and send their loved ones back home.

"My relatives in Egypt asked me to return with my family since working in Saudi Arabia will not be as profitable as before. Most of the Egyptian expats [in Saudi Arabia] do not have jobs lined up in Egypt and will start from zero when they return to their homeland," Ali added.

Hoda Ahmed, a housewife living with her husband in Jeddah, echoed the same concerns, saying that the soaring cost of living further puts the non-natives in a difficult situation. "We have to pay for accommodation, electricity, gas, water, transport, schools, clothing, food, household items and other expenses out of the monthly salary. The new fees will be added to the list. The salary, therefore, will be too meager to cover these expenses," she said in a desperate voice.

Even the expats' attempts to increase their salaries have been hampered. Ahmed told Al-Monitor that some expats have started working for Uber and Careem car services to make a living. But In November, the Saudi authorities limited these jobs only to Saudi nationals. "There is no way out of this predicament, bearing in mind that some expats fear returning home for security reasons," she said.

The new fee is also seen as an attempt to curb the unemployment rate in Saudi Arabia by reducing reliance on foreign workers. Banque Saudi Fransi recently issued a report that estimates approximately 670,000 foreign workers will leave the kingdom by 2020, according to the Saudi newspaper Makkah.

The dependent fees, meanwhile, drew mixed reactions among economic experts. Economist Rashad Abdo told Al-Monitor, "It is the right of any country to take the decisions it sees in the interest of its economy. Assuming that the foreign workers contribute to the kingdom's economy, then, it should be responsible for these workers only — not their families. The expat dependents are piling pressure on and are considered an extra burden over both the kingdom's facilities and budget."

It is illogical that each expat brings his family, which may consist of three or four persons who will use and benefit from the country's schools, hospitals and other services, without paying anything. "Expats should weigh the pros and cons of bringing their families to the kingdom. Each family should take its final decision according to its budget," Abdo said.

He added, "Claiming these fees target the Egyptian workforce and seeking to expel it is groundless. These fees are imposed on dependents of all nationalities without any exception. For instance, there is no exception for Gulf citizens. We have to be fair."

Another economic expert told the Saudi Gazette the new levy will not generate the expected revenues since many expats will opt for sending their families back home. This will result in high remittances and a drop in spending, adversely affecting the Saudi economy.