Iran and Russia make for surprising allies in the Middle East, but ultimately Russia values its own interests over any alliance. 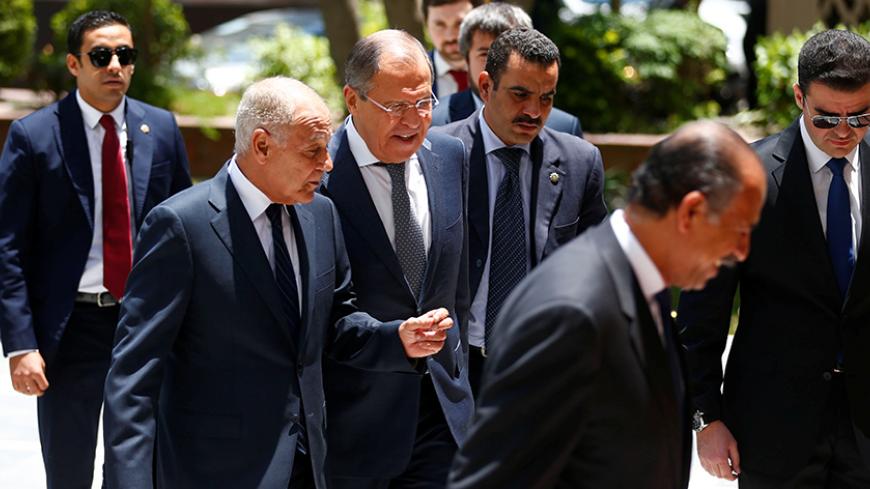 The fact that Russia and Iran are both supporting Syrian President Bashar al-Assad’s government — and that Moscow has launched air attacks on Syrian opposition forces from Iran as well as directed its cruise missiles through Iranian airspace — has fueled widespread speculation that Moscow and Tehran are allies. Advocates of this view usually also point to Russia’s efforts to shield Iran from punitive UN Security Council sanctions over its nuclear program and to extensive Russian arms sales to Iran. As tensions between Shiite Iran and powerful Sunni states like Saudi Arabia have deepened, some even argue that Moscow is backing Iran in a bid for regional hegemony. Notwithstanding such fears in Washington and select Middle East capitals, Russia’s objectives in the Middle East appear much less ambitious.

Indeed, Moscow would face considerable obstacles in any attempt to support Iran’s dominance in the Middle East. Fyodor Lukyanov, a respected foreign affairs scholar who is chairman of the Presidium of the Council on Foreign and Defense Policy — an organization broadly analogous to America’s Council on Foreign Relations — told Al-Monitor that “to deliberately support the Shia over the Sunni would be suicidal for Russia” because 90% of Russia’s Muslims are Sunni. Tamping down Sunni religious identity and preventing extremist terrorism inside the Russian Federation have been among Russia’s top national priorities since the collapse of the Soviet Union. Having pacified Chechnya in two bloody wars, and having suffered from mass terrorist events like the 2002 Dubrovka Theater hostage crisis and the 2004 Beslan school massacre, the Kremlin is hardly eager to pursue a Middle East policy that extremists could use to recruit new followers and justify new atrocities.

Perhaps more important, Lukyanov said, even if Russia’s leaders wanted to pursue such a policy, Moscow lacks the capability to establish and sustain Iran as a Middle East hegemon. Only a superpower would possess the combination of political, financial and military tools necessary to implement this strategy — and Russia is no longer a superpower. Arming Iran, and doing so only when Iran wants to pay market prices, would not be enough, even in tandem with Moscow’s political defense in the UN Security Council. Beyond that, Lukyanov argued, alluding to Iran’s self-confident sense of national pride, “under no circumstances will Iran be anybody’s client state. It is simply out of the question.” To the extent that Iran is seeking regional dominance, it is acting on its own behalf.

According to Lukyanov, Russia’s actual Middle East policy is based not on confessional divisions but on “traditional great power balance calculation.” Because Moscow is not a superpower and does not have a superpower’s influence or resources, Russia needs an approach that maximizes its impact relative to its efforts. From this perspective, the Kremlin has the best opportunities as a player in the Middle East when the region is in a rough sort of balance — and when even limited exertions can tip the balance in one direction or another, at least for a time. In theory, this approach allows Russia to extract benefits from cooperation with all sides while avoiding serious conflict with anyone.

Outside observers may find it hard to distinguish this policy from an Iran-hegemony strategy for several reasons, some long-term and some short-term. Among the long-term reasons is Iran’s post-1979 semi-isolation in the Middle East, which created a distorted Middle East balance that partially excluded one of the region’s leading powers from much normal diplomacy. Russia’s support for Iran’s reintegration into the region's political, economic and security affairs has inherently challenged a status quo that most others had come to appreciate. In the short term, many of the same governments that welcomed Iran’s minimal role in the Middle East have come to see Russia’s alignment with Iran in Syria as reflecting wider shared interests between Moscow and Tehran.

While Russia and Iran have many common interests, they differ on several key issues. Lukyanov identified three, each of which is especially significant for Washington. First, he said, “for Iran it is crucial to keep Assad, but for Moscow it will be enough to sustain a secular regime in approximately the same borders.” This divergence in aims will become more important as Syria’s civil war evolves into a more traditional intra-state conflict open to more traditional solutions; serious peace negotiations will test the political alignment between Russia and Iran in a highly visible manner.

Second, Lukyanov said, “Moscow in no way supports Iran’s anti-Israel zeal.” Russia’s growing cooperation with Israel is a sharp departure from Soviet foreign policy, emerging from common interests and perspectives on some security matters, particularly terrorism, as well as Israel’s significant Russian-speaking population. This could also become an important consideration in any peace process for Syria, in that Israel will have important security interests at stake in the outcome and Israel’s government is sure to share its perspective with not only US officials, but also their Russian counterparts.

Finally, Lukyanov concluded, “Russia is not in favor of escalation between Iran and the Gulf monarchies.” As a practical matter, of course, Moscow’s support for Iran cannot but facilitate Iran’s competition with Saudi Arabia and other Gulf monarchies, which contributes to instability in the Middle East. Nevertheless, so long as it does not escalate too far, this instability creates precisely the opportunities that Moscow seeks to enhance its role in the region. Thus, for example, in answering press questions regarding a recent visit to Moscow by Saudi Arabia’s Deputy Crown Prince Mohammed bin Salman, Foreign Ministry spokesperson Maria Zakharova stressed Russia’s role as a mediator “between major regional players” on Syria and other issues.

Iran clearly holds a privileged place in Russia’s Middle East policy, but its special role ultimately extends only so far — something that leaders in Tehran appear to recognize quite well. Russia is prepared to help its partner Iran, especially on matters of shared interest. But there is little if any evidence that Moscow is willing to support Iran in areas in which they disagree — particularly if that support carries real costs to Russia’s other interests.