Why Iran-Saudi fallout will be costly for Moscow

The dispute between Iran and Saudi Arabia could promote instability throughout the Middle East, which will be especially problematic for Russia and its policy of not choosing sides. 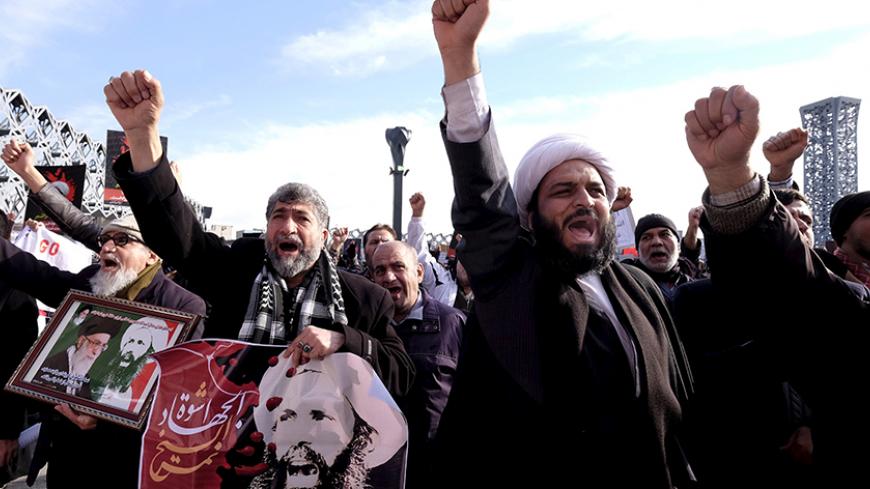 The ongoing dispute between Iran and Saudi Arabia following the kingdom’s execution of Saudi Shiite cleric Sheikh Nimr al-Nimr on terrorism charges adds to many of the Middle East’s existing problems, but might be especially challenging for Russia’s foreign policy in the region.

As a rule, Moscow has consistently sought to maintain cooperative relationships across the Middle East and, where possible, avoid taking sides in ways that could damage long-term Russian interests. Thus, for example, Russia has supported Palestinian aspirations for an independent state and criticized Israeli settlement policy while building a strong economic relationship with Israel and withholding condemnation of Israeli responses to domestic terrorism.

Similarly, notwithstanding its cooperation with Iran; intense concern over Sunni extremism and its contribution to terrorism inside Russia; reservations about Saudi and Qatari support for armed groups opposing Syria’s President Bashar al-Assad; and suspicions about Saudi motives for allowing oil prices to remain so low for so long, Moscow has recognized Saudi Arabia’s central role and has tried to build a working relationship with Riyadh and through it with other predominantly Sunni states. Searching the Kremlin website shows that President Vladimir Putin has had three acknowledged telephone conversations and one meeting with Saudi Arabia’s King Salman bin Abdul-Aziz Al Saud, plus a meeting with Saudi Deputy Crown Prince Mohammed bin Salman, since Russia’s intervention in Syria. Putin also had two publicly disclosed telephone calls with the Saudi king in the two weeks before he launched Russia’s airstrikes.

Russia’s work-with-everyone approach to the Middle East is logical from a national interest perspective. Since Moscow lacks the power or influence to produce its preferred outcomes unilaterally, its leaders and diplomats have no alternative but to rely upon bilateral and multilateral diplomacy to achieve their objectives. In a region in which it often seems impossible to know what might happen next, this creates disincentives for spoiling relations with governments that could become important in the future. That goes double for Russia’s interactions with key regional powers like Iran and Saudi Arabia.

Russia's armed intervention in Syria is no exception to this diplomatic strategy because its goals, such as preserving the Syrian state and improving its negotiating position in talks, are clearly political rather than military. Moreover, Russia’s modest deployments won’t produce a decisive Syrian victory — and Putin and his military and civilian advisers know it.

Unfortunately for Russia — and for everyone hoping for peace in Syria — rising tensions between Iran and Saudi Arabia will make that only more difficult. While US State Department spokesman John Kirby has declared that Washington would not need behind-the-scene efforts by Tehran or Riyadh in facilitating forthcoming talks between the Assad government and the Syrian opposition in Geneva, the two governments are at best competing for influence in Syria and at worst fighting a proxy war there. In a situation in which the various parties in Syria are hardly clamoring for peace anyway, this gives each something approaching a veto over a political settlement.

Russian officials and politicians are well aware of the implications. Alexei Pushkov, the chairman of the Russian State Duma’s International Affairs Committee, wrote on Twitter that the dispute could have “extremely negative” consequences in “a region overrun with chaos and strife.”

While enduring rivalry between Iran and Saudi Arabia could make Tehran an even better customer for Russian arms exports, the current crisis could be quite costly for Moscow in other ways. Russia’s biggest challenge is that slowing or preventing a political settlement in Syria could trap Russia’s armed forces in a quagmire of indeterminate duration. As Moscow increases its commitment to the Assad regime in time, money, equipment and lives, Russia’s stake in the outcome will increase. And higher costs necessitate a bigger payoff to justify the investment. These are the dynamics that generate incrementalism at its worst — like America’s deepening involvement in Vietnam, for example.

Though Russia’s military presence in Syria is far from the US deployment in Vietnam or, for that matter, Soviet force levels in Afghanistan, Russia’s capabilities are not on US or Soviet Cold War-era levels. And Moscow simultaneously faces another optional military commitment in the currently semifrozen conflict in eastern Ukraine.

From this perspective, it is notable that while Russia’s Foreign Ministry has “leaked” Moscow’s willingness to mediate between Iran and Saudi Arabia to the official news agency RIA Novosti, US officials have insisted in their own public comments that Washington will not seek such a role for itself.

While both Washington and Moscow are likely eager to see a negotiated settlement to the war in Syria, the Obama administration appears comfortable continuing its policy of “strategic patience.” With its own forces on the ground inside Syria, Russia’s leaders may feel greater pressure to facilitate a solution. After the US wars in Iraq and Afghanistan, this seems like an ironic role reversal for Washington and Moscow: Newly pessimistic American officials are willing to let Syrians “fight it out” — presumably with few perceived risks to the United States — even as Russian officials struggle to manage predictable consequences of their earlier overoptimistic hopes that military intervention could produce a deal on their terms.

Russian experts on the region like Al-Monitor’s Vitaly Naumkin have argued that Iran is unlikely to pursue military action against Saudi Arabia over Nimr’s death. At the same time, Russian media have prominently quoted Saudi Arabia’s deputy crown prince insisting that Riyadh “will not allow” a war with Iran. A real war between the two seems quite unlikely because it could be extremely costly for each — in no small part because it could quickly put their energy-driven economies at great risk to expensive infrastructure damage that is very slow to repair.

Nevertheless, the biggest challenge for Russia is not that Iran-Saudi relations might get dramatically worse but that they seem unlikely to recover rapidly from the current downturn. In much the same way that sustained simmering tension between the United States and Russia contributes to generalized instability across the international system, a continuing standoff between Iran and Saudi Arabia could promote instability throughout the Middle East. This is bad for everyone, but the polarization that it feeds could be especially problematic for Moscow and others who try to avoid visibly choosing sides.