Was Syria intervention worth it for Russia?

While Moscow's military involvement in the Syria crisis has led to an increasingly important role for Russia in regional and global politics, critics wonder whether or not the costs will outweigh the benefits. 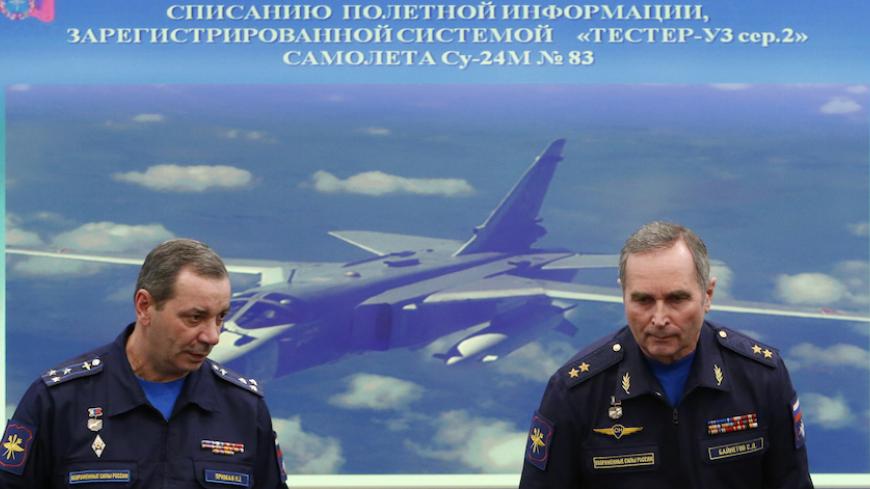 Notwithstanding conventional arguments that Russia’s intervention in Syria has sharply increased its influence in the Middle East, Moscow may ultimately find that its gains do not outweigh its losses from the venture. Much will depend on whether, when and how Syria’s civil war ends.

It is unsurprising that many would expect — or perhaps even fear — greater Russian influence in the region in the immediate aftermath of Moscow’s first attacks in Syria. After all, Russia’s airstrikes in Syria are its first combat deployment away from its borders in decades. President Vladimir Putin’s decision to assume a direct military role in defending the Syrian government was decisive and even bold. Nevertheless, history has often demonstrated that these initial reactions fail to consider real-world complexities and long-term consequences. The US invasion of Iraq in 2003 is a good example of this. After the “shock and awe” of Washington’s rapid defeat of Iraqi forces subsided, the challenges for US policy only grew and America’s regional reputation sagged.

So far, Russia’s intervention in Syria has had five principal benefits: shifting some domestic international attention from Ukraine to Syria; increasing the credibility of any potential future threats to use force; demonstrating Russia’s advanced military capabilities in a highly visible manner; strengthening Moscow’s leverage over the Syrian government in absolute terms and relative to Iran; and bolstering Russia’s claim to a major role in shaping a political settlement in Syria.

These benefits are not inconsequential. Yet they are not overwhelming, either. Internationally, while Washington and some major European capitals are open to working with Moscow to end the fighting in Syria, none seems inclined to “trade” positions on Ukraine in the process. Domestically, Syria can be a successful distraction only so long as it is a successful war — something largely outside Russia’s control, since its forces are in a supporting rather than a leading role.

Similarly, regional and global assessments of the credibility of Russia’s military forces and weapons systems will ultimately depend on the outcome of Russia’s intervention. The Syrian government’s inability to make significant gains so far does not help in this respect. Russia’s attractiveness as an arms supplier is less reliant on military victories, so long as its systems perform as advertised — but helping Bashar al-Assad's regime take back territory would likely produce more sales than facilitating a protracted stalemate.

Finally, Russia’s leverage in Syria — and its ability to shape a settlement — may not last indefinitely, particularly if the stalemate continues. This is in part because Moscow’s influence in Damascus depends heavily on what Syrian leaders expect from Russia in the future.

On the other side of the ledger, Russia is spending an estimated $2.4 million to $4 million per day (or about $720 million to $1.2 billion per month) on its operations, and its forces have incurred low but politically significant casualties. So far, there is little evidence to suggest that the operation is financially or politically unsustainable — but politics can change quickly.

In addition, Moscow’s military intervention appears to have provoked a retaliatory terrorist attack on a Metrojet passenger aircraft departing from Egypt, killing 224, most of whom were Russian tourists, though this appears to have stiffened public resolve rather than weakening it. In fact, while 82% of Russians are “definitely” or “probably” worried about terrorism in their country, only 3% said that Moscow should stop its military operations in Syria as a result of the Metrojet bombing and later terrorist killings in Paris. Still, it is unclear how the Russian public would react to the re-emergence of domestic terrorism.

Setting aside who is to blame for Turkey’s downing of a Russian Su-24 bomber — and there are good reasons to consider Ankara’s actions both disproportionate and dangerous — Moscow has lost not only a jet, a pilot and a soldier attempting to rescue the plane’s crew, but also an increasingly close relationship with Turkey developed after several years of determined effort. Worse for Russia, Turkey is not simply alienated from Moscow but is aligning more closely with NATO and Saudi Arabia. This complicates Russian policy in Ukraine as well as the Middle East.

Russia Beyond the Headlines, a paid news supplement published in several languages by the official government newspaper Rossiiskaya Gazeta, recently printed a prominent article arguing that “Ankara and Riyadh are united not only by the desire to change the government in Syria; they could have a common enemy in Russia.” Izvestia, a private newspaper sympathetic to the Kremlin, likewise prominently reported on Turkish President Recep Tayyip Erdogan’s statement before his recent trip to Riyadh that Turkish and Saudi positions are “identical.”

Taking into account that Moscow’s relationship with Saudi Arabia is already complex after Putin’s failed effort to secure Saudi participation in his anti-terrorist coalition, Saudi Arabia’s recent announcement of its own coalition, and regular official Russian criticism of Saudi Arabia’s “destabilizing” conduct in international oil markets, many in Russia are troubled by this potential alignment. Notably, however, Putin went out of his way to deflate these anxieties in his annual end-of-the-year press conference — in response to a leading question about Saudi Arabia’s “very dangerous” and “anti-Russian” alliance, the Russian leader stressed that while Turkey had “committed a hostile act,” his government did not consider Turkey to be a hostile country. Putin went further in referring to Saudi Arabia, stressing recent Russian-Saudi negotiations and his own meeting with King Salman bin Abdul-Aziz Al Saud. The Russian president’s public response to these arguments is perhaps the clearest indication that a real debate is underway — otherwise, he would not need to express his view.

At a broader level, Russia’s deeper engagement in the Middle East following its intervention in Syria has already complicated its long-standing efforts to pursue a policy based on cooperation with everyone and on avoiding hard choices. Prior to its airstrikes in Syria, a serious dispute between Saudi Arabia and Iran would already have been challenging for Moscow to manage without appearing to take sides. Now that Russia is embroiled in the Syrian civil war as a de facto ally of Iran, it will be much harder to avoid the appearance of a Russian preference for Iran and its Shiite clients at the expense of relations with Sunni powers. This is only one of the unintended and unpredictable consequences of Moscow’s war in Syria.

One final point about Russia’s influence in the Middle East after its intervention in Syria relates to the circumstances surrounding it. It is important to recall that Moscow resorted to unilateral military action after several months of unsuccessful efforts to secure regional and international support for its approach rather than as the successful culmination of a new regional diplomatic strategy. From this perspective, Russia’s solo military intervention was a sign of its limited regional role rather than any new strength. Moscow’s constructive participation in a political settlement in Syria could salvage this situation, but without a deal, Russia’s new influence seems likely to be temporary.