Pentagon officials say the US-backed Syrian Democratic Forces have liberated about half of the Islamic State stronghold of Raqqa. 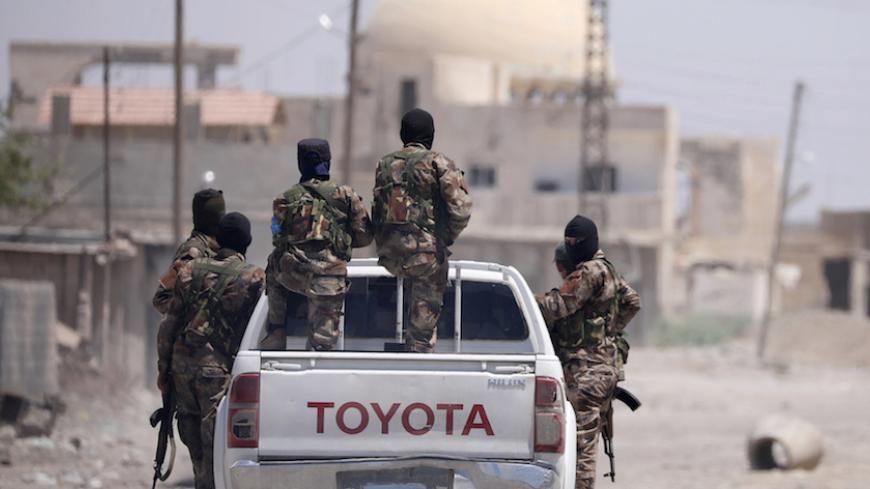 US-backed Syrian rebels have cleared nearly half of the Islamic State’s (IS) stronghold of Raqqa and are close to surrounding the city, Pentagon officials said today.

Soldiers from the Syrian Democratic Forces (SDF), a mix of Arab and Kurdish combatants, retook nearly 4 square miles around the embattled Syrian city over the weekend. That force, which receives small arms, vehicles and training from the United States, fought through improvised explosive devices (IEDs), booby traps and car bombs that ring the Old City, where a small pocket of IS fighters remain.

SDF contingents fighting through eastern and western sections of the city are just 300 feet from linking up, a move that could fully sever IS’ last remaining artery into Raqqa, preventing militants from escaping or rejoining the fight.

“What you’re talking about now is the complete encirclement of the Old City,” Pentagon spokesman Capt. Jeff Davis said of the imminent linkage. “It just further tightens the gauntlet.”

But Pentagon officials refused to give an estimate of when the encirclement may be complete. SDF troops moving to encircle the Old City from the west established defensive positions over the weekend that could help close the gap but still face significant obstacles, including IEDs and booby traps left by IS fighters.

Col. Ryan Dillon, a spokesman for the US-led coalition fighting in Iraq and Syria, said last week that SDF fighters had cleared 45% of Raqqa. The UK-based Syrian Observatory for Human Rights has said Syrian rebels have reclaimed half of the ancient city.

The Pentagon attributes the disparity in public estimates to highly variable population density throughout the city. Raqqa became IS’ hub of operations during the height of the self-declared caliphate.

“Though they may have half of the acreage reclaimed, what’s remaining is very dense, so there’s very difficult fighting ahead,” Davis said.

As the SDF works to close the remaining gap on the northern side of the Old City, another group of fighters is pushing toward the IS stronghold from the south.

US troops based at al-Tanf on the Iraq-Syria border south of the area of the fighting have primarily been providing training, equipment and other support to Syrian rebel fighters aiming to defeat IS and cut off Raqqa. Yet as the Arab and Kurdish coalition continues to make gains in Raqqa, there are lingering doubts about their future efforts, especially if the US-led coalition makes a push to retake Syrian cities south along the Euphrates, such as Mayadin and Deir ez-Zor, where IS fighters have fled.

The Pentagon announced last week that it had cut ties with Shohada al-Qartyan after it got enmeshed in the wider civil war against Bashar al-Assad’s forces. This marks the first time the United States has cut off a former member of the US-equipped, vetted Syrian opposition battling IS.

Meanwhile, as the fight in Raqqa heads into its third month, Defense Secretary James Mattis heads to Capitol Hill on Wednesday to speak to a closed session of the Senate Armed Services Committee. Pentagon officials say he will push for an expanded Authorization for Use of Military Force in Iraq and Syria after lawmakers have increasingly complained that the military is still relying on 2001 legislation.

“We still have the legal authority we need to do what we’re doing, so that’s not really the question. We don’t require it legally,” Pentagon spokesman Davis insisted today. “But it is in our view a signal of our national intent, and in that regard, it demonstrates that and it gives us more assurance that what we’re doing is, in fact, a reflection of the national will.”