The top US commander in Iraq and Syria warned of a hard-fought insurgency but ruled out a US troop surge. 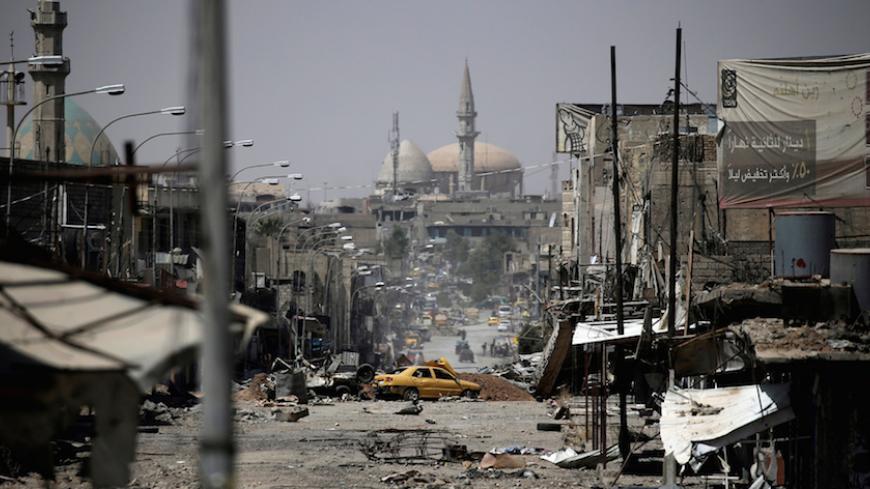 The US general leading the multinational coalition fighting the Islamic State (IS) in Iraq and Syria expects the militant group to begin relying on irregular tactics after its defeat in Mosul, Iraq.

Briefing reporters via satellite link from Baghdad at the Pentagon today, Lt. Gen. Stephen Townsend said IS has primarily fought coalition troops by taking and holding ground in armed combat, with the assistance of improvised explosive devices and suicide bombers. With the fall of Mosul, Iraq’s second-largest city and a major base of military operations for the self-declared caliphate, US military officials are bracing for a change in tactics.

“I think that what we'll see is, as [IS] comes under greater and greater pressure, they will devolve into a more insurgent-like method of operation,” Townsend said in response to a question from Al-Monitor. “They'll try to hide with the population. Their cells will get smaller. Instead of companies and platoons, they'll go to squads and cells, much smaller elements hiding in the population. They'll disperse. They'll be smaller. They'll be more covert.”

The coalition has gotten a glimpse of those tactics in the days since the fall of Mosul, as IS fighters who remain in the city — numbering perhaps as many as 200 — have refused requests for unconditional surrender. Instead, Iraqi forces are bracing for a new wave of suicide attacks.

Townsend said the use of insurgent tactics could indicate a tough fight ahead where militants are mixed in with Iraqi and Syrian civilians. Even as the coalition has surrounded IS in Raqqa, Syria, for instance, the militant group has placed mines and IEDs into gaps in the Rafiqah Wall surrounding their defensive position in the Old City.

Yet Townsend denied that the potential shift in military tactics would lead the United States to embark on counterinsurgency campaigns such as those in Iraq in 2006-2007 and in Afghanistan that required higher troop levels to secure wider swaths of territory and build political institutions. The Pentagon has said that many American troops that are deployed to the region are there primarily to train and equip fledgling Iraqi and Syrian units.

Even as Russian and Syrian forces have threatened to intrude on the "deconfliction" zone meant to cordon US forces off from the wider Syrian civil war, the Defense Department lacks a broader congressional authorization for use of military force for the region that might allow for a wider military campaign. Townsend indicated that troop levels would likely remain around 6,000 in Iraq and Syria for the foreseeable future.

In the immediate aftermath of the fall of Mosul, he said, coalition forces will focus on clearing IS strongholds in Ninevah province, such as Tal Afar on the banks of the Tigris River, as well as in Hawija, where an isolated pocket of militants remains in the city of about 100,000.