Prime Minister Benjamin Netanyahu dedicates much time and effort to meetings with world leaders while sidelining the most important issue for Israel: the conflict with the Palestinians. 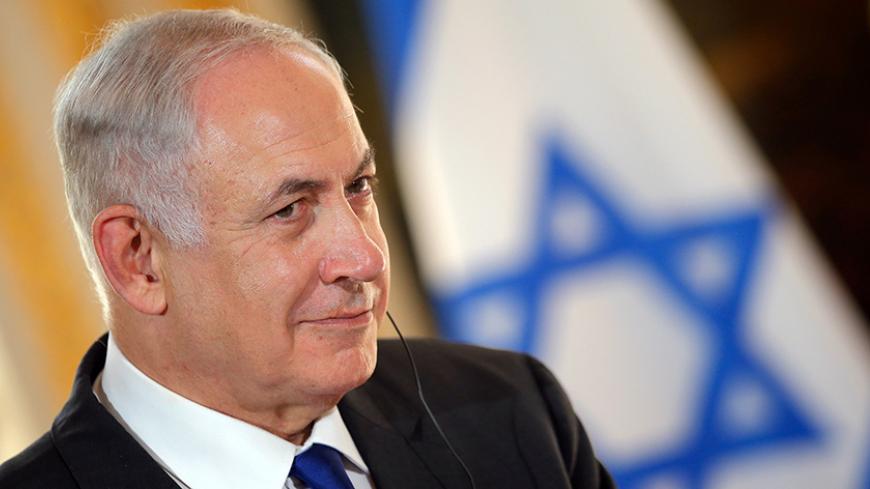 Since May, Netanyahu has attended four important diplomatic summits with influential world leaders.

The whirlwind bout of diplomacy started with US President Donald Trump’s first visit to Israel in May. After that, Indian Prime Minister Narendra Modi arrived for a historic visit on July 4, and on July 16, Netanyahu landed in Paris and spent quality time with the young new president of France, Emmanuel Macron, who promised to visit Israel soon. From Paris, Netanyahu continued to Budapest, where he met with Hungarian Prime Minister Viktor Orban.

Anyone following Netanyahu’s well-tended and well-updated Facebook page has been inundated by video clips, photos and posts of Israel’s prime minister striding on red carpets, taking off and landing in different countries, flying in a helicopter over the skies of Israel and walking on the beach with world leaders. The photo album of Trump’s visit effectively conveys the extent of the friendship between the leader of the free world and the prime minister of Israel.

No one would dispute that Netanyahu is now considered one of the world’s prominent leaders. He’s impressive, and he conveys prestige, seniority and power. He’s a welcome guest at almost all important world capitals — Moscow, Washington, Berlin and Paris. He enjoys the prestige of the local high-tech industry and Israel’s economic and military might, and he projects international savvy in polished English and with broad erudition.

Since he discovered the power of social media, he no longer needs the good graces of the local media, which he claims does not treat him fairly. So every such visit includes handshakes that are photographed to exhaustion.

Netanyahu has become the master of online photos. Before every takeoff or landing, he shoots a short video clip, speaking casually. At the Likud meeting on July 10, he gave members a general survey of his successes in the diplomatic arena. He spoke of economic cooperation with India and “billion shekel” agreements signed following Modi’s visit. He updated the Likud members that “another friend of mine visited, President of Rwanda Paul Kagame, a man who has done much to save his people from a terrible genocide and now advances Rwanda with our aid.”

Kagame, according to Netanyahu, “was one of the people who helped me more than anyone in organizing my two trips to Africa, whose attitude to us is quickly changing … everywhere they welcome us with honor, with respect, I’m telling you — with admiration,” Netanyahu boasted. “They admire the State of Israel for the technology, for the cyber, the high tech, the intelligence, our stalwart stand against terrorism … it’s certainly refreshing, and it raises the status of Israel among the nations and also gives us advantages in national security.”

We shouldn’t discount Netanyahu’s self-congratulatory descriptions. They do reflect, to some extent at least, the treatment he receives around the world and Israel’s status as an important economic power.

But of course it’s only a partial picture. Netanyahu skillfully succeeds in pushing the occupation and the settlements outside the frame of these visits. Discussions of developments in the global arena and the rise of Islamist terror help him easily skip over these potholes. Trump’s election helps him navigate the international sphere without former President Barack Obama’s reprimands and arm-twisting, which didn’t let Netanyahu escape from dealing with the Palestinian issue. Even when Macron spoke of France’s support for the two-state solution in their meeting, the issue was not at the top of the agenda and it sounded more like an off-hand remark.

The corruption investigations, which are closing in on Netanyahu on all sides and threaten his hold on power, don’t damage his status as an international icon. It’s as if Netanyahu exists in two parallel universes: jumping from the parlors of world capitals to a bloody political and regional reality.

From a political standpoint, his rule is secure for now, but his future is shrouded in the fog of corruption. From a regional standpoint, it seems Netanyahu isn’t using his time and the alliances forming in the Arab world against Islamist terror to advance a solution with the Palestinians. While the big wave of terror has subsided and Israeli citizens are enjoying relative quiet, the Palestinian problem has not disappeared; it’s alive and kicking. The quiet is temporary.

This is precisely where leadership is measured — in the ability to see a future vision for Israel in another generation, certainly when it comes to a senior leader with the experience and global connections of the prime minister of Israel. Netanyahu could deal with Israeli society’s most acute problem: the occupation. Not only does Netanyahu ignore it, but he’s adding more and more fetters that would make it harder for his successors to solve the problem, from legislation that tries to prevent “the division of Jerusalem” (a bill requiring a special Knesset majority for any diplomatic solution dividing Israel was approved at a preliminary vote today) to continuing construction outside West Bank settlement blocs.

He creates roadblocks even in the way he presents the conflict with the Palestinians to the Israeli public. Netanyahu doesn’t speak of hope or a desire to solve “the problem” that won’t go away on its own; rather, he focuses on terror threats and Palestinian incitement, and he blinds his people with the international prestige he garners.

One recalls what his father, the late professor Ben-Zion Netanyahu, said about him in an interview with journalist Ari Shavit of Haaretz, conducted toward the end of Netanyahu’s first term as prime minister in 1998: “He also has diplomatic skill and the capacity for diplomatic influence, and it may be he’s more suited to be foreign minister than prime minister.”

Netanyahu is probably the best foreign minister Israel has ever had, but as prime minister, he isn’t able to contend with the biggest task put to him as a leader in this generation.