The announcement of Prime Minister Benjamin Netanyahu rejecting the invitation to a UNESCO conference sends a clear message: Israel will indeed quit the agency by the end of 2018. 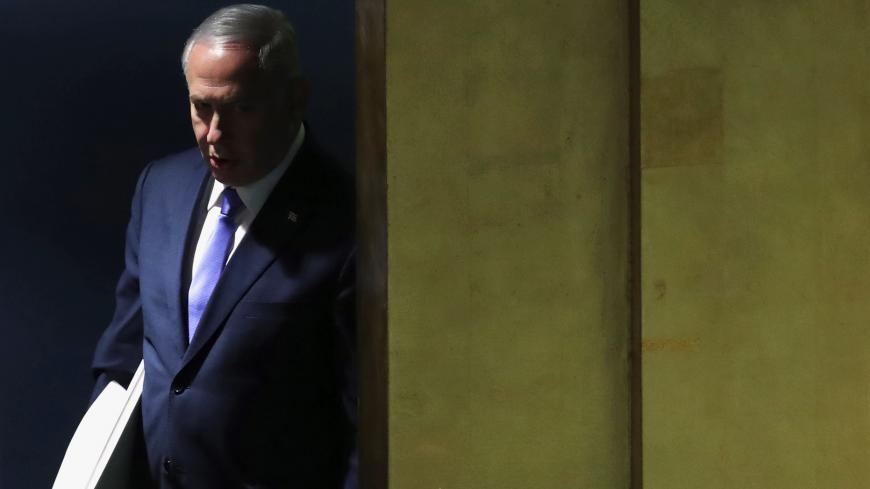 Heading to New York on Sept. 25, the calendar of Prime Minister Benjamin Netanyahu was packed with meetings with world leaders. Apart from meeting US President Donald Trump, French President Emmanuel Macron and Rwanda President Paul Kagame, Netanyahu was also expected to participate at a conference organized by UNESCO on the sidelines of the 2018 73rd session of the United Nations General Assembly in a first-of-its-kind UNESCO conference titled ‘’Education to prevent racism and discrimination: the case of anti-Semitism.’’ But on Sept. 26, shortly before the conference was due to be launched, Netanyahu announced that he would not be attending.

“While I commend all efforts to combat anti-Semitism, I have decided not to participate in this week’s UNESCO conference on anti-Semitism due to the organization’s persistent and egregious bias against Israel. Since 2009, UNESCO has passed 71 resolutions condemning Israel and only two resolutions condemning all other countries combined. This is simply outrageous,” said Netanyahu’s statement.

UNESCO has passed in recent years several resolutions considered by Jerusalem to be anti-Israeli, including decisions highlighting Palestinian affinity to Jerusalem and the Temple Mount, decisions condemning West Bank settlements and decisions condemning Israeli archaeological digging at the City of David Jerusalem site. Last October, the United States announced its exit out of the UN agency over the organization’s “continuing anti-Israel bias,” with Israeli following suit. The double exit should become official at the end of December 2018.

This clear-cut decision to quit was put to test shortly after its announcement, with the surprising election of France's Audrey Azoulay as the new head of UNESCO. On her first day at the job, Azoulay said that she wanted to restore UNESCO’s original mission of promoting education and culture, distancing the agency from political conflicts. Speaking at the time to Al-Monitor, Azoulay reiterated her hopes that Israel could be persuaded to change its mind and stay in UNESCO. In the weeks after, Azoulay passed on several messages to Jerusalem about her efforts to change UNESCO’s treatment of Israel.

On June 27, the World Heritage Committee of UNESCO postponed a decision to list the Old City of Hebron as a Palestinian world heritage site — tangible proof of Azoulay’s commitment. In fact, Israel’s then-Ambassador to UNESCO Carmel Shama-HaCohen adopted a different tone than the one used prior to Azoulay’s appointment, stating that “We must not ignore the new spirit that is blowing from UNESCO. … This is a dramatic change in which the most active international organization against Israel has become the quietest arena.’’

Speaking to Al-Monitor, Shama-HaCohen said that the decision was ‘’a great achievement to Israel’s diplomacy. We have been working vis-a-vis Mrs. Azoulay and her team in this direction, and I commend her for her diligence and for the new spirit she brought here, though there is still a long way to go here.’’ The ambassador even emphasized that Israel "was not out yet," and that December was still several months away.

In August, Israeli diplomats confirmed that the prime minister intended to address the UNESCO conference in New York, alongside Secretary-General Antonio Guterres, Morocco’s Prime Minister Saadeddine El Othmani and ministers from several EU members. Jewish leaders from around the world were also scheduled to take part, including Israeli professor Dina Porat, chief historian of Jerusalem’s Yad Vashem Holocaust memorial museum; and World Jewish Congress president Ronald Lauder, an associate of Netanyahu. Yet the new spirit in UNESCO apparently failed to change Netanyahu’s mind; despite his initial agreement to participate, he decided to back away at the very last minute.

An Israeli diplomat told Al-Monitor that he himself was surprised by Netanyahu’s decision to sideline the UNESCO event. "This educational conference against anti-Semitism seemed almost tailor-made for Netanyahu, offering Israel a way out of the UNESCO quitting bind," said the source, who spoke on condition of anonymity.

The reason for Netanyahu’s change of heart might be attributed to his meeting on Tuesday with Trump, and to the American president’s continuous policy of rejecting international bodies.

On the other hand, Netanyahu’s own words could also hint to what is taking place currently behind the scene at UNESCO. In his statement, Netanyahu said, “It [UNESCO] must do more than host a conference on anti-Semitism. It must stop practicing anti-Semitism. And it must stop the absurdity of passing resolutions that deny the connection between the Jewish people and the Land of Israel, between the Jewish people and our eternal capital, Jerusalem.”

The executive board of UNESCO convenes Oct. 3 for its annual meeting in Paris. It is unclear at this stage whether the ‘’traditional’’ anti-Israeli resolution will be on the menu, and if so, what exactly will it contain. Is Netanyahu preparing Israel’s public opinion for such a resolution? If so, it is clear that he intends to go ahead with exiting the UN agency.