Israeli Prime Minister Benjamin Netanyahu and the right remain under the delusion that they can sustain the occupation at no cost to Israel. 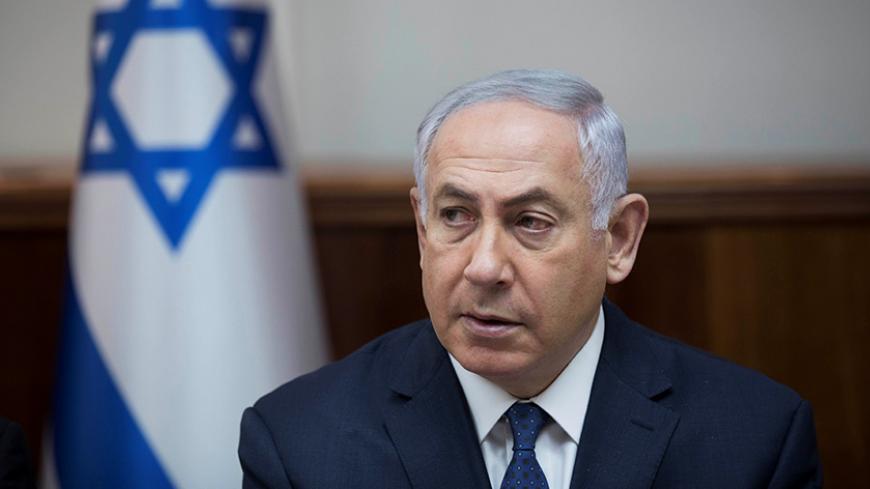 The Israeli right no longer bothers to conceal its abhorrence of a two-state solution to the Israeli-Palestinian conflict that would provide the Palestinians with an independent state alongside Israel. It also rejects a one man, one vote solution, the fundamental principle of democratic rule, for one binational state between the Mediterranean Sea and the Jordan River. Instead, the right boasts of its ability to manage the conflict with reasonable or negligible cost to Israel’s diplomacy, security or economy. It argues that Israel can manage quite well without resolving the conflict and by accelerating development of its settlements on occupied Palestinian territory. The crisis that unfolded after the July 14 terror attack on the Temple Mount/Haram al-Sharif that left two Israeli police officers dead has so far cost the lives of five Israelis and four Palestinians (excluding the attackers). It proves that even in managing the conflict, Prime Minister Benjamin Netanyahu’s government has been conducting itself like a bull in a china shop.

The failed management of the recent crisis peeled off the Band-Aid that the right has been working so hard to keep on the bloody conflict, exposing the wounds of the occupation to the glare of the international community and forcing it to get involved. Thus, the right-wing government provided non-Jewish politicians a foothold in Jerusalem — “Israel’s eternal and united capital,” in Netanyahu's words. This is the same Jerusalem that leads Netanyahu to fire off the hackneyed response that there is no difference between building in Jerusalem and building in Tel Aviv whenever a foreign leader dares criticize construction for Jews in the city's eastern, predominantly Palestinian areas. One can easily imagine Netanyahu’s incensed reaction had the “leftists” dared to discuss with foreign officials the removal of the contentious metal detectors that generated Muslim fury when Israel installed them at the entrance to the Temple Mount compound after the July 14 attack.

The regimes in Egypt and Jordan, with which Netanyahu describes relations as idyllic, could not ignore what the Arab public perceives as disrespect toward Islam. Placing metal detectors at the gates to the Haram al-Sharif compound is tantamount to an invitation to religious zealots in the Middle East to pounce on Arab leaders suspected of being overly intimate with Israel.

It only took Turkish President Recep Tayyip Erdogan a few hours to plunge into these brackish waters. Europe, dealing with Islamist terrorism, cannot stand idly by either, watching the conflagration and letting Israel do whatever it wants in Jerusalem. Even US President Donald Trump, who promised to push forward an Israeli-Palestinian peace deal, was forced to join in the effort to find a face-saving compromise for both sides. Naturally, any compromise would entail a balanced arrangement, reflecting the international consensus that Israel is not sovereign over East Jerusalem, which includes the Temple Mount.

Four days after realizing that the metal detectors were themselves a ticking time bomb, the prime minister was still signaling business as usual. In Netanyahu-speak, that means the world should be doing business with Israel as if it were not an occupying power. At a July 19 meeting in Budapest with the leaders of Hungary, Poland, Slovakia and the Czech Republic, Netanyahu reprimanded the European Union, that “crazy” group that “conditions the relations with Israel … on political conditions. The only ones!” This is unlike China, India, Russia and African states, he remarked, and even the Arabs, “who talk to us about technology and all the other things that we’re discussing here.”

In other words, support for the Palestinian struggle against occupation, even using the economic tools of the Boycott, Disinvestment, Sanctions (BDS) movement, are not in the interest of any sane state. Netanyahu did not tell his four distinguished interlocutors that for two years, China put off signing an agreement to provide Israel with thousands of migrant laborers and only signed it after receiving assurances that no Chinese workers would have to cross the Green Line into occupied territory. Similarly, the prime minister probably forgot that Israel has a hard time convincing foreign investors, including Chinese ones, to bid for construction of Jerusalem’s second light rail system because its planned route goes through territory that Israel captured in 1967.

Israelis cheered on July 18 when Radiohead performed at Tel Aviv’s Yarkon Park. The cheering was interlaced with malicious joy at singer and musician Roger Waters’ failure to convince the band’s lead singer, Thom Yorke, to boycott Israel. How many of the 50,000 concertgoers know that the Israeli Egged Bus Systems lost a bid in May to operate a bus system in the Netherlands worth 190 million euros ($221 million) over 10 years? BDS activists presented evidence showing that the company’s owners operate bus routes in the occupied territories and separate Israeli and Palestinian passengers.

Israel’s foreign trade figures suggest that the economic boycott has not hurt Israel’s economy and the well-being of its residents. From time to time, however, symptoms of leprosy show up. Thus, for example, the drinks maker SodaStream moved its plant from the West Bank to sovereign Israeli territory. The Belgian airliner Brussels Airlines, which operates 46 aircraft and two daily flights from Israel, decided last year to remove Achva, the Israel halva snack, from its menu after learning that it was made in the West Bank (but has since reinstated it). Associations of teachers and lecturers in Europe have cut ties with their Israeli counterparts.

During Netanyahu's talks in Budapest, the prime minister said, “[Israel is] part of the European culture. Europe ends in Israel. East of Israel there’s no more Europe.” At the same press meeting, he also reprimanded the EU, stating, “I think Europe has to decide if it wants to live and thrive or if it wants to shrivel and disappear.” Well, Europe decided 37 years ago in its Venice Declaration that it wants to promote the end of the Israeli occupation, including of East Jerusalem. All recent US administrations have also tried to push forward a two-state solution.

If Israel wants to thrive as a Jewish and democratic state, its leaders must understand that they live in a volatile, Muslim Middle East. If it wants to be part of European culture, it has to put an end to the occupation and rein in the pyromaniacs who have settled around the Cabinet table and occupy the benches of the Knesset.