Israel reached agreement in 2005 with the European Union to identify settlement products on export certificates, yet Prime Minister Benjamin Netanyahu hints at the Holocaust in objecting to the Europeans' decision to require labeling these products to inform consumers of their origin. 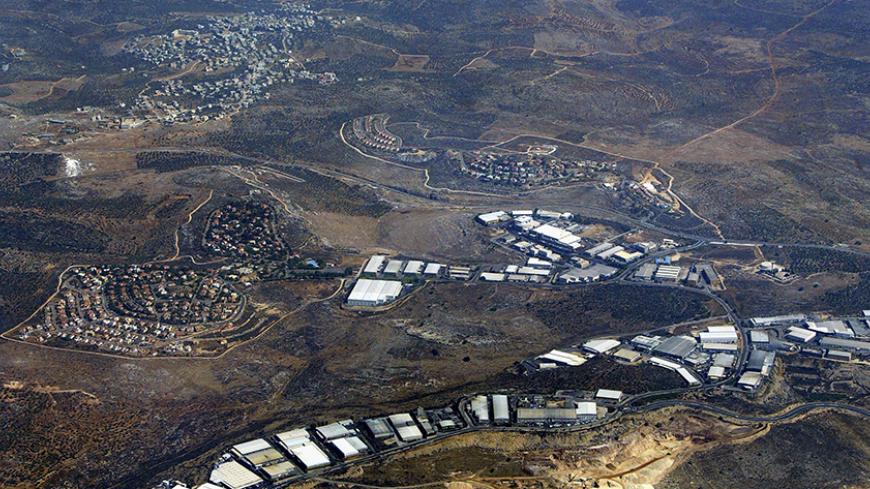 Let us say that a God-fearing London Jew has developed a craving for the kosher sesame seed candy halva. Let us also say that the man is a fervent Zionist as well as a human rights activist who refuses to buy products originating in the occupied territories. The Jew goes to the kosher food shelf at his neighborhood supermarket, and much to his delight, he finds a chunk of halva labeled “Achva, established 1929, Tel Aviv,” and below that, sees its kosher certification and the words “Under the supervision of the Jerusalem Supreme Jewish Court of Justice.” Just to be on the safe side, the man whips out his smartphone and Googles Achva. He finds phone and fax numbers with a 03 area code, designating central Israel, and also reads that the plant had “bought a plot of land” on which it built “one of the largest state of the art food manufacturing plants in Israel.” Our liberal halva aficionado breathes a sigh of relief. The packaging quite clearly states “Israel.” There's no sign of a settlement being involved. The Jew’s mind is put at ease. He puts the slab of halva in his shopping cart and returns home a happy man.

The average person would not know that the Achva factory is located in the Barkan Industrial Zone. How many Israelis, not to mention Europeans, know that this zone lies in the heart of the West Bank? The story of the halva company illustrates the absolute need for the Sept. 10 decision — adopted with a sweeping majority by the European Parliament — to clearly label products as originating in the settlements, effectively removing obstacles from the path of the blind. To be clear, no European or any other country has joined the boycott, divestment and sanctions (BDS) movement. The parliament's decision in no way involves the boycott of the settlements or even discrimination against their products. Rather, it is meant to remind the citizens of Israel and of Europe that an industrial zone in the occupied territories is in no way the same as one located within a state’s, i.e., Israel's, sovereign territory.

Israel’s willingness to discuss the future of the territories proves that, even officially, it does not consider the Barkan industrial park to be part of the State of Israel, but situated on land whose future must be decided in negotiations. Proposed legislation by Knesset members on the extreme right to annex the "lands of Judea and Samaria,” or part of them, has been buried deep in the desk drawer of the Cabinet secretary. Prime Minister Benjamin Netanyahu himself has for years been talking about a “two-state solution.” Martin Indyk, the former US ambassador to Israel who headed the negotiating team of Secretary of State John Kerry, nonetheless wondered aloud in a 2012 interview with me for Haaretz, “Where does Netanyahu think the Palestinian state will be established — on the moon?” The answer is obvious: Yes, certainly.

The originators of the European legislation assume that steps viewed as sanctions against Israel will bring the two-state vision closer. Experience shows that such moves do not impress the Israeli public, which suffers from a chronic tilt to the right. More than 10 years ago, the European Union demanded that Israel identify settlement products as such on export certificates when sold in member states. Such certificates are seen only by importers; the details would not be available to consumers, as they do not appear on product packaging. In an agreement signed and ratified in 2005, the Israeli government agreed to designate the place of production, for example Beersheba or Barkan, on certificates of origin for merchandise. Since then, products whose origins lie beyond the Green Line have been ineligible for lower tax tariffs, unlike products originating in Israel. What else has happened since?

Netanyahu was elected prime minister twice, and the new star of the right wing, HaBayit HaYehudi leader Naftali Bennett, burst onto the Israeli political stage. The average Israeli has not been impressed by the measly damage to the country’s economy caused by settlement products' loss of a tax reduction. Such merchandise accounts for less than 10% of Israeli exports to Europe, which totaled 13 billion euros last year. Few are even aware that their tax shekels fund compensation paid to settlers for the loss of the tax privilege stemming from the 2005 agreement. And what has happened to the factories in the occupied territories that lost their tax exemption at European ports?

They are thriving. For example, in October 2014, then-Economy Minister Naftali Bennett laid cornerstones for two new industrial parks in the northern West Bank. “Even as people in faraway places speak out against the settlement movement, we here establish facts on the ground day after day,” declared the leader of HaBayit HaYehudi. How does one establish facts on the ground in industrial zones in the occupied territories? One colors them pink, the color chosen to designate a top priority national development area, originally weak, peripheral regions in the north and south of Israel in need of support.

This designation entitles these areas to grants and tax benefits, which the state bestows on industrial export manufacturers. To attract entrepreneurs to the occupied territories, the government offers them a number of incentives: a sizable discount on the price of land (31% of the value estimated by the government assessor), exemption from mandatory tenders and a 40%-85% subsidy for land development costs. In addition, they are eligible for significantly reduced municipal taxes (that is, a discount of 50% or more compared with the usual rate levied in industrial parks in Israel).

Of note, Netanyahu served as finance minister in the Ariel Sharon government that signed off on the certificate of origin labeling agreement with the European Union. He knows better than most that such measures do not nudge most Israelis to the left. Thus, a quick draw of his demagoguery-tipped arrows and a European move redolent with the smell of criticizing the occupation are turned into an anti-Semitic decision. Shortly after the European Parliament openly voted to fully disclose to its citizens the actual provenance of merchandise allegedly imported from Israel, Netanyahu declared, “We have a historic memory of what happened when Europe labeled Jewish products.”

Europeans can learn from Netanyahu about labeling doctrine. On his Facebook page, they can still find the video clip from the last election campaign in which he labeled “the Arab voters heading in droves for the ballot boxes.” Netanyahu even knows how to label Jews. In that same video, he tells viewers, “There is a national government that will keep Israel safe — and then there are the left-wing NGOs that bus the Arabs in droves to the polling stations.” This racist and incendiary labeling helped bring him to power but pushed peace farther away. Labeling settlement products won't bring the end of the occupation any closer. The Palestinians will have to console themselves with their flag now flying in the vestibule at UN headquarters and the left with their slab of halva.