Iran in no mood to renegotiate nuclear deal

Iranian officials have rejected the possibility of renegotiating the nuclear deal and appear to be making contingency plans should the United States renege on it. 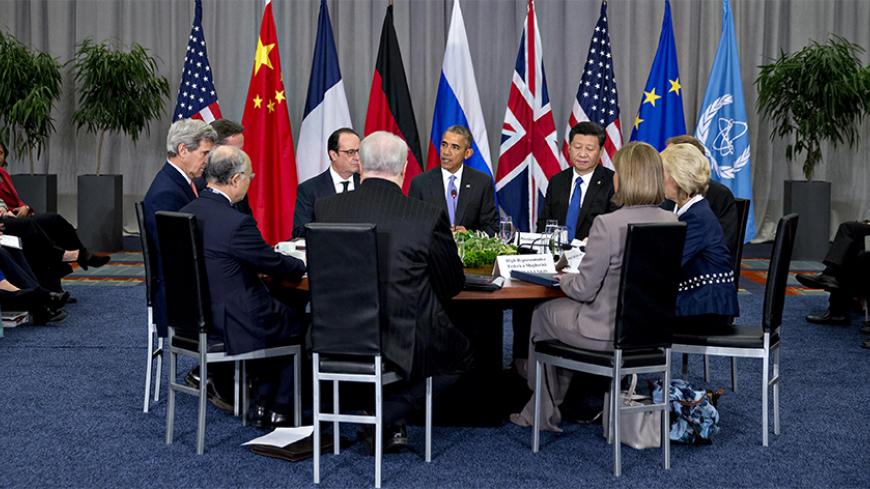 The head of the Iranian parliament’s influential National Security and Foreign Policy Commission rejected any notion of renegotiating the nuclear deal agreed to by Iran and the five countries on the UN Security Council plus Germany (P5+1) just two years ago, ending a decadelong dispute. As a result of the Joint Comprehensive Plan of Action, nuclear-related sanctions against Iran were lifted (non-nuclear sanctions remain), and Iran agreed to curtail its nuclear program. Eager to undo President Barack Obama’s legacy, current President Donald Trump has tasked his advisers with finding a way to scrap the deal. Iran is not taking the bait.

“Iran will under no conditions undertake negotiations again about the nuclear deal,” said Alaeddin Boroujerdi, the head of the National Security and Foreign Policy Commission, on July 23. Boroujerdi added, “None of the other countries that negotiated the nuclear deal with Iran have accepted America’s recommendation to negotiate again.” He called Trump’s desire to renegotiate another “example of America cheating, which can be viewed as an illogical action.”

The interview with Boroujerdi was sparked by a July 21 article in Foreign Policy reporting that Trump is unhappy with Secretary of State Rex Tillerson’s reports with respect to Iran and has sidelined him to bring the review process on Iranian compliance with the deal into the White House, where staff are mostly hawks on Iran. The State Department had been required to present a report on Iranian compliance every 90 days, while in Iran, the National Security and Foreign Policy Commission is tasked with reviewing the terms of the deal every six months.

When Trump recertified the nuclear deal on July 17, he is reported to have argued for an hour against doing so during a meeting with his Cabinet. According to The New York Times, those Cabinet members who supported certifying Iran’s compliance included national security adviser Lt. Gen. H.R. McMaster, Defense Secretary James Mattis, Tillerson and Gen. Joseph Dunford., the chairman of the Joint Chiefs of Staff.

Given Trump’s campaign promises, news that his administration is attempting to scrap the nuclear deal did not catch Iranian media by surprise, especially conservative media, which have mostly opposed the deal from the beginning. The news on Trump's position was widely covered, however, mostly accompanied by pictures of a smiling Trump or a dour-looking Mohammad Javad Zarif, the Iranian foreign minister responsible for negotiating the deal. Zarif has been making the rounds of US media, pressing Iran’s case for not renegotiating the agreement and presenting Tehran’s positions on regional issues.

A representative of Iran’s supreme leader, Ayatollah Ali Khamenei, who has final say on all matters of state, also appeared in Western media to present Iran’s case on the deal and regional issues. Kamal Kharazi, the president of the Strategic Council on Foreign Relations, whose members are appointed by Khamenei, accused the United States of violating the nuclear deal in an appearance with France 24. Regarding Washington potentially scrapping the deal, Kharazi said, “In case the US pulls out of the agreement, we are ready.” He did not elaborate, but it is likely that Iranian officials are making contingency plans in case the Trump administration does ultimately renege on the deal.