The chief of staff of Iran's armed forces has warned that US sanctions against the Islamic Revolutionary Guard Corps would make American bases in the Middle East unsafe. 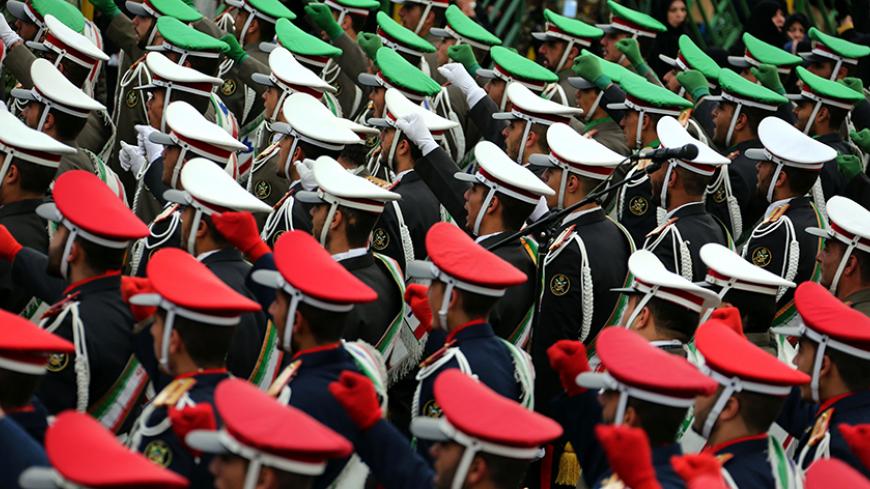 As US President Donald Trump again, on July 17, certified that Iran has been in compliance with the terms of the 2015 nuclear deal between Iran and the six world powers and waived nuclear-related sanctions on the country, a war of words is developing between the two sides over non-nuclear sanctions. Maj. Gen. Mohammad Bagheri, chief of staff of the Iranian Armed Forces, contributed to the war with a July 17 statement about possible new US sanctions against the Islamic Revolutionary Guard Corps (IRGC). “Counting the IRGC among terrorist groups and similarly sanctioning them is a big risk for America and its bases and troops in the region,” Bagheri said.

“The Islamic Republic’s missile strength is for defense and is never negotiable at any level,” he further stated in regard to sanctions on Iran’s ballistic missile program. “Iran has always stood up against arrogant powers, especially America, and day by day becomes more resistant. Therefore, the next sanctions are another opportunity for growth and self-sufficiency for domestic capacities.”

In response to comments by US Secretary of Defense James Mattis and Secretary of State Rex Tillerson supporting regime change in Iran, Bagheri urged American officials to speak “more wisely and measured” about powerful countries such as Iran.

The IRGC’s Quds Force has already been sanctioned by the United States. Sanctioning the entire IRGC, which has economic interests in a wide variety of sectors in Iran, however, would have implications that could jeopardize the nuclear deal, which is officially called the Joint Comprehensive Plan of Action.

While the Trump administration has said it will be reviewing the deal, Ali Akbar Salehi, former nuclear negotiator and incumbent head of Iran’s Atomic Energy Organization, has been busy defending the agreement to Iranians opposed to it. “We have to evaluate the nuclear deal fairly, not wishfully,” Salehi told Iranian media. In a rare moment of emotion for the mild-mannered graduate of the Massachusetts Institute of Technology, Salehi said with apparent reference to domestic deal critics, “God willing, Trump will tear apart the deal, and we will then see what will happen.”

Salehi said he did not negotiate with the Americans on his own behalf but rather was sent to the talks with specific instructions. He said, for instance, that he had been given instructions that Iran would settle for 4,000 centrifuges, but in the final negotiation ended up with 6,000. This fact, according to Salehi, shows that the Iranian side negotiated with the Americans and did not simply accept every American demand.

Remarking on Trump’s own comments, Salehi said, “If the nuclear deal is good for America, why are America and Israel upset about it? Why does Trump say that the nuclear deal is the worst deal in America’s history?” Salehi listed a number of achievements flowing from the deal, in particular the lifting of oil sanctions. He noted that with the ability to sell oil again, domestic corruption related to sanctions busting had ceased.

Salehi also pointed out that he has been vocal about some of the negative aspects of the deal, in particular his comments that the United States reneges on agreement provisions and that large European banks are still refusing to work with Iran. He added that his boss, President Hassan Rouhani, has even reproached him for publicly criticizing parts of the agreement. Salehi added that he agreed with Iran's supreme leader, Ayatollah Ali Khamenei, that the text on the removal of sanctions in the deal had been written in “haste.”