The head of the Islamic Revolutionary Guard Corps has rejected calls by the Obama administration to use the comprehensive nuclear deal banner to implement other changes, arguing that the agreement has not benefited the Iranian public. 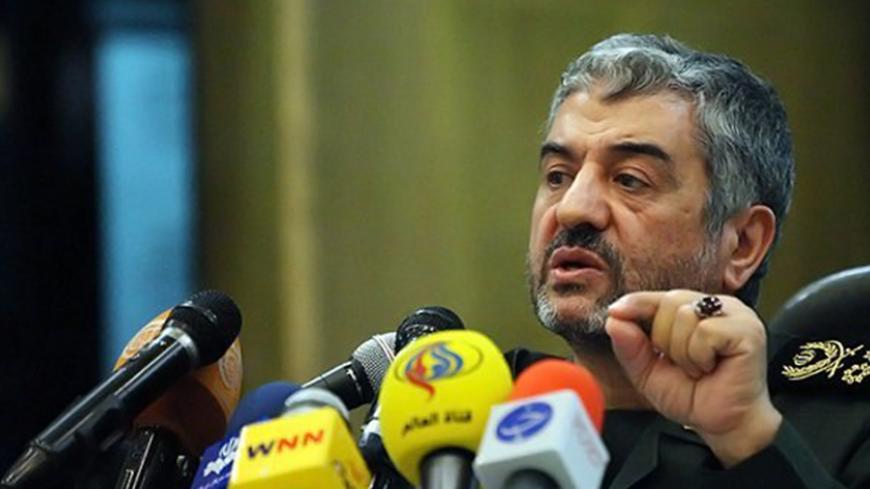 During an April 1 speech at the Nuclear Security Summit in Washington, US President Barack Obama said that Iran, by testing ballistic missiles, was undermining the “spirit” of the nuclear agreement between Iran and the six world powers. The comments have struck a nerve in Iran, particularly among critics of President Hassan Rouhani who believe that the nuclear deal has had little impact on the country's economy.

Chief of Staff of the Iranian Armed Forces Hassan Firouzabadi, who has in previous statements supported the nuclear deal, rejected Obama’s idea that there is a “spirit” to the nuclear agreement. In an April 5 meeting with other officials of the armed forces, Firouzabadi said, “When we reviewed the details of the Barjam we saw nothing but text, and we have no information on the spirit of the Barjam.” "Barjam" is the Persian acronym for the Joint Comprehensive Plant of Action (JCPOA).

Firouzabadi added that he had even asked Iran’s nuclear negotiators if the agreement included anything other than the text, and they assured him that it did not. “The expectations and excessive demands of America are unnecessary and unacceptable, and the Islamic Republic of Iran gives no value to them,” Firouzabadi said.

Obama’s comments on Iran’s missile program also received a response from the head of the Islamic Revolutionary Guard Corps (IRGC), Mohammad Ali Jafari. In an April 5 address to IRGC commanders, Jafari said that they are rooted in America’s “fear of IRGC’s missiles,” adding that Iran’s enemies “must remain in this fear.”

Jafari also took this opportunity to question the nuclear agreement and reject Rouhani’s ideas of trying to build domestic momentum from it. “Barjam has never been considered a proud document and it will never be,” Jafari said. “Barjam is a diplomatic text with an uncertain end; a large part of it is the obligations of an enemy that is unreliable and spiteful,” he said. “It cannot be the model behavior of a government on different issues.”

Jafari’s reference to “different issues” is a direct criticism of Rouhani’s call for a Barjam 2, which, according to the administration, would imply fundamental changes to address economic issues. It is natural that with the impact of the JCPOA still not felt by most Iranians, entrenched institutions in the country are hesitant to allow the president to undertake major structural changes to the economy under the banner of another such agreement.

“In the faraway and close years, we will never think about other Barjams, and we will think of overcoming the enemy and silencing their threats and standing up for our revolutionary principles and values,” Jafari said. In one of his most explicit attacks on the nuclear deal since the January implementation, Jafari asked, “What result has this Barjam had for the people that they would accept other Barjams?”

One of the main issues preventing other countries from doing business with Iran is that US sanctions prevent those countries from conducting business or exchanging US currency with Iran. Given the dollar’s dominance in international trade and as an intermediary in exchange between two different currencies, this has become a problem for other countries that fear the heavy fines levied by the US Treasury.

Despite earlier reports, Obama denied that the United States would ease banking restrictions on Iran, saying that there are other methods to facilitate trade between Iran and other countries.