Tehran has vowed to retaliate if a US bill imposing additional sanctions on Iran becomes law. 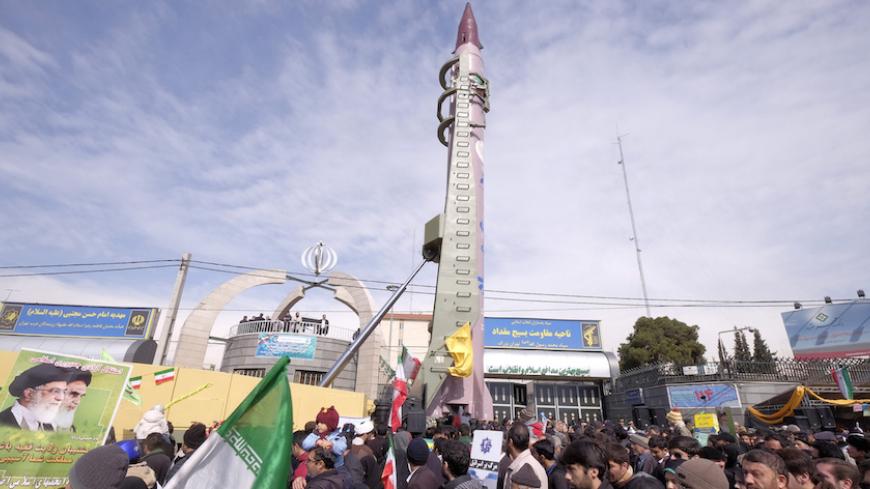 The Iran sanctions are tied to a broader package that also targets Russia for its support of the Bashar al-Assad regime in Syria, its invasion of Ukraine and its interference in the US presidential election last year. They would mark the first new congressional sanctions on Iran since the 2015 nuclear agreement.

While there are some slight alterations to the bill’s sanctions on Russia, the language on Iran is identical to the version the Senate passed 98-2 in June. Like its Senate counterpart, the House bill would block the assets of any individual who works with Iran on its ballistic missile program or sells it arms.

The bill also sanctions anyone associated with Iran’s Islamic Revolutionary Guard Corps or anyone whom the United States determines is complicit in Iranian human rights violations. Anyone sanctioned under the act may be removed after a five-year review.

Although the Senate had already voted in favor of the sanctions package on June 15 by 98-2, the House has tacked an additional set of provisions sanctioning North Korea onto the bill, forcing the upper chamber to vote once more. The House has already passed the North Korea sanctions separately by a vote of 419-1, but the Senate has not yet taken it up.

Corker told Al-Monitor that while the Senate is close to approving the House package, the addition of the North Korea sanctions could cause further delays before the long-awaited sanctions finally make their way to the White House.

“We’re about there,” Corker said. “It depends on a couple of things we’re looking at on the North Korea piece, so it’s not fully worked out. … We’re talking through some procedural issues right now, but we had a very good weekend and are very, very close to having it fully resolved.”

“It is critical that the Senate act promptly on that legislation,” said Schumer. “I will work with the majority leader to ensure its swift passage so that we can get it to the president’s desk before we leave for the recess.”

The Trump White House is supportive of taking a harder line against Iran but had initially opposed the bill as it would require Congress to approve any removal of sanctions on Russia. However, the White House changed its tune over the weekend with press secretary Sarah Huckabee Sanders saying, “The administration is supportive of being tough on Russia, particularly in putting these sanctions in place.”

“The original piece of legislation was poorly written, but we were able to work with the House and the Senate,” Sanders said on ABC.

Iran has objected to the legislation, arguing that the new sanctions would violate the Joint Comprehensive Plan of Action (JCPOA), the nuclear deal negotiated under the Barack Obama administration. Iranian Foreign Ministry spokesman Bahram Qassemi threatened “reciprocal action” at the prospect of further US sanctions on Monday.

Similarly, Ali Larijani, Iran’s parliamentary speaker, threatened parliamentary action against the United States Tuesday and suggested that it could respond by scaling back its International Atomic Energy Agency commitments. Corker, however, said he had consulted State and Treasury Department architects of the JCPOA to avoid running afoul of the nuclear deal, winning overwhelming bipartisan support for the measure in the Senate.

Robert Malley, a former White House coordinator for the Middle East under Obama, agrees that the sanctions do not violate the nuclear deal. But he still thinks the bill is a bad idea.

“Although it is written in a way that ostensibly would not violate the JCPOA, it also is unnecessary and counterproductive,” said Malley, an advisory council member at Diplomacy Works, a pro-JCPOA advocacy group run by former Obama administration officials.

“It is unnecessary because the administration already has all the tools it needs to designate entities that we can establish have taken actions in the ballistic missile field or in terms of support for terrorism or human rights violation,” Malley told Al-Monitor. “And it also is counterproductive because it comes in the context of an administration that has made its hostile intentions vis-a-vis Iran and the JCPOA clear while refusing to engage Tehran diplomatically.”

Indeed the Trump administration had already slapped sanctions on 16 individuals and entities last week for supporting the Iranian military after a similar round of sanctions in May.