After refusing to certify that the Iran nuclear deal is in the US interest, Trump has called on Congress to unilaterally eliminate the deal’s sunset provisions. 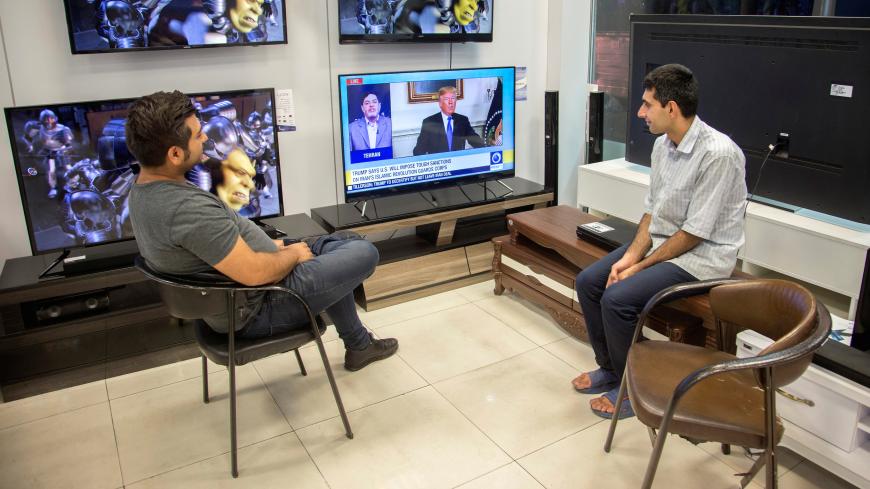 President Donald Trump’s refusal to certify that the 2015 nuclear accord is in the US interest sets the stage for a high-stakes game of chicken with Iran.

Rather than outright leaving the Joint Comprehensive Plan of Action (JCPOA), the president and his team are working with Congress to automatically reimpose nuclear sanctions if Iran comes within one year of being able to produce nuclear weapons. Critics of the deal say that will fix flaws with the deal’s so-called sunset provisions.

“In the event we are not able to reach a solution working with Congress and our allies, then the agreement will be terminated,” Trump announced today. “It is under continuous review, and our participation can be canceled by me, as president, at any time.”

Trump said such legislation would help “make all restrictions on Iran’s nuclear activity permanent under US law.” Others, however, worry it will have the opposite effect.

“This is a transactional agreement, and if Washington undercuts the benefits Iran receives under the deal, Tehran will have less incentive to continue meeting its restrictions,” Kelsey Davenport, the director for nonproliferation policy at the Arms Control Association, a nonprofit supportive of the JCPOA, told Al-Monitor. “Washington already appears to be heading down that path.”

Despite their high-profile public spat as recently as last weekend, Trump has relied on Senate Foreign Relations Committee Chairman Bob Corker, R-Tenn., to draft legislation amending the current certification requirement along with Iran hard-liner Tom Cotton, R-Ark. While Corker said he would likely introduce the legislation next week, this morning he released a broad set of principles on “fixing the Iran deal.”

Corker identified the “automatic snapback of US sanctions should Iran go under a one-year ‘breakout’ period and move closer to a nuclear weapon” as the key provision in his upcoming legislation.

“We’ve taken pains to ensure that we in no way are altering the JCPOA,” Corker told reporters on a press call this morning. “We’re going to honor the terms of the JCPOA.”

Kenneth Katzman, an Iran sanctions expert with the Congressional Research Service, agreed that Corker’s outline, in its current iteration, does not violate the JCPOA. But he suggested it may fall short of fully addressing the sunset provisions.

“Some parameters could change without necessarily affecting the breakout time,” Katzman told Al-Monitor. “In other words, you could go up in your number of centrifuges and down in your stockpile and still have the same breakout time. So this is a whole new way of evaluating what Iran is doing in terms of its nuclear program.”

Further complicating matters is the fact that Corker did not specify what metric his legislation would use to measure Iran’s nuclear breakout time, or who would be tasked with that determination. The chairman did note that the amended legislation would likely require Trump to issue a certification every six months instead of every three months, as the current certification law currently requires him to do.

And while simply reimposing sanctions on Iran would only require 51 Senate votes under current law, amending it would require the usual 60. Republicans only hold 52 seats and even Democrats who voted against the deal in 2015 have been sharply critical of Trump’s decision not to certify.

Corker noted that he has reached out regarding his proposal to Senate Minority Leader Chuck Schumer, D-N.Y., and Sen. Ben Cardin, D-Md., the top Democrat on the Senate Foreign Relations Committee, both of whom voted against the deal.

Cardin, however, issued a statement condemning Trump’s decision today. Sean Bartlett, a spokesman for Cardin, would not commit to supporting Corker’s legislation.

“It’s not possible to be supportive or not because Senate Democrats have seen no legislative text and that’s not how you negotiate,” Bartlett told Al-Monitor. “With text. Not with bullets on a one-pager.”

Efforts to reach 60 votes in the Senate may be further complicated by Republicans who do not think that Corker’s upcoming legislation goes far enough. While Corker indicated that Sen. Marco Rubio, R-Fla., another Iran hawk, is on board, Rubio told Politico that his support is not a sure thing.

“I’m generally skeptical of the ability to fix it,” Rubio said. “I’m concerned that continuing to adhere to the deal in any capacity has long-term consequences that would make things worse, not better.”