Through analyzing Gulf investment into Turkey, it is obvious that taking sides in the GCC dispute could have a detrimental effect on Turkey's economy. 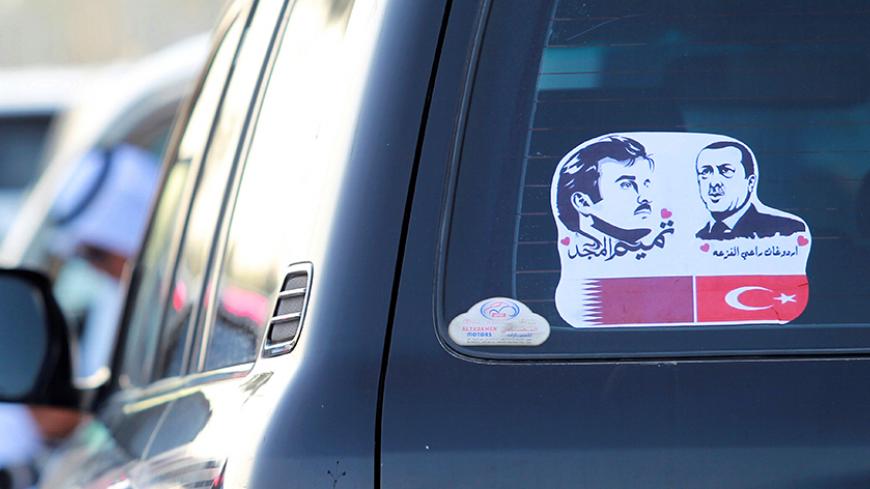 The pictures of Qatar’s Emir Sheikh Tamim Bin Hamad Al-Thani (L) and Turkish President Tayyip Erdogan are seen on a car during a demonstration in support of him in Doha, Qatar, June 11, 2017. - REUTERS/Naseem Zeitoon

In early June, long-standing tensions between the oil-rich Gulf “brothers” culminated in a diplomatic onslaught and a siege against Qatar, led by Saudi Arabia and backed most prominently by the United Arab Emirates (UAE), Egypt and Bahrain. Turkey took a pro-Qatar stance, and street demonstrations were even held in support of Doha, whose ties with Ankara have recently flourished, especially in the economic realm. Does this mean that Turkey is ready to protect Qatar at the expense of confronting the Saudi bloc? Can Turkey afford such a position especially in economic terms? Is the scale of Turkey’s ties with Qatar so big as to forsake relations with Qatar’s besiegers? A comparative overview of Turkey’s economic ties with Qatar and its adversaries may help find the answers to these and similar questions.

Al-Monitor reported in January on the significance of Gulf money for the Turkish economy, given recurring hypes about big Arab investments. The conclusion was that Gulf capital “represents less than 10% of the external funds that Turkey is benefiting from either as direct investment or loans and portfolio investments.” The article also said, “Since 2003, Turkey’s annual use of external funds has stood at an average of $40 billion, and Europe is its undisputed No. 1 partner in this regard. While the United States comes in second, the share of Gulf investors makes them quite a junior partner on the list. Even if speculation of certain covert or unrecorded funds is taken seriously, the Gulf’s share would still not exceed 10%. The bottom line is, given the scale of Turkey’s external financing needs and the Gulf countries’ investment record in Turkey, Arab capital can in no way substitute for the Western funds from which Turkey is benefiting.”

In light of the current crisis, the individual profiles of the Gulf actors and their contributions to the Turkish economy are also worth examining.

With a population of 28 million, Saudi Arabia is the largest country in the region, followed by the UAE with 6 million, Kuwait with about 4 million and Bahrain with 1.3 million. Qatar’s population, meanwhile, stands at 2.3 million. In terms of economic wealth, Qatar is the most prosperous, with more than $60,000 in nominal gross domestic product (GDP) per capita, according to International Monetary Fund data. The UAE comes second with $38,000, followed by Kuwait and Bahrain with around $25,000 each. For the “big brother,” Saudi Arabia, the figure stands at about $20,000, roughly double that of Turkey.

The common feature of those countries is that they are all oil-rich and allocate a considerable share of their income to military expenditures. Saudi Arabia tops the list on this score. According to the Stockholm International Peace Research Institute, the country’s military spending amounts to 10-13% of its GDP, far above the global average of about 2%. For the other Gulf countries, the ratio ranges between 4% and 6%. In short, a notable portion of the Gulf countries’ petrodollars goes to arms purchases, mostly from the United States. In this context, the effort to create "an Arab NATO" — a move that targets primarily Iran — is said to be US-driven, and last month’s $110 billion arms deal between Washington and Riyadh appears to be a step in this direction.

Now that the Gulf countries have fallen out with each other, Turkey has not stayed out of the fray. Ankara’s reactions suggest not only support but also protection for besieged Qatar. This, however, does not mean it is ready to run the risk of confronting the others. In economic terms, Qatar’s adversaries are as important for Turkey as Qatar. Take for instance the foreign direct investment (FDI) rubric. Qatari FDIs in Turkey — including in companies such as QNB Finansbank, ABank, Digiturk, Banvit and BMC — amount to $1.5 billion. Saudi FDIs, on the other hand, total about $2 billion, while those of the UAE are worth $4.1 billion, the largest in the Gulf group and nearly 5% of the UAE’s $93 billion direct investments overseas. Kuwait is on par with Qatar, with $1.5 billion in FDIs in Turkey.

When it comes to foreign investment in Turkish stock shares, Borsa Istanbul and the Central Bank provide data by continents rather than countries, indicating that the bulk of the $70 billion short-term investments in the Turkish stock exchange comes from the West.

In terms of foreign long-term loans used by the Turkish private sector, those extended by Gulf creditors amount to $16 billion, or 8% of the $204 billion total. Bahrain stands out as the top Gulf lender, providing $11 billion, while Qatar does not figure at all in this rubric.

The construction projects that Turkish contractors have won in Qatar are also on par with those in the other Gulf countries. According to Economy Ministry figures, the overseas projects that Turkish contractors had underway at the end of 2016 were worth $12.7 billion. The works in Qatar were worth $2.4 billion, and those in Saudi Arabia, the UAE and Kuwait totaled an equal sum. Still, Qatar does offer a better prospect for Turkish companies in the near future as the host of the World Cup soccer tournament in 2022, for which it has allocated a $170 billion investment budget.

How will the Qatar crisis play out? Is the move to create “an Arab NATO” against Iran and force a grudging Qatar into it just a Trump fantasy? Only time will tell. Turkey, however, needs to stay on good terms with both sides, for it has an equal number of eggs in either basket. 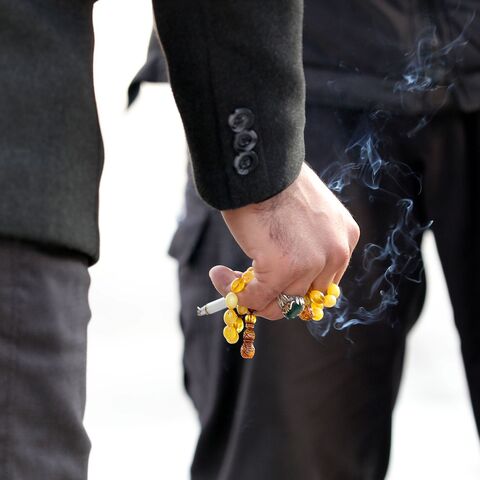