Is Gulf money really a lifesaver for Turkish economy?

Despite assertions of impending major Gulf investment in Turkey, Europe continues to provide the bulk of external funds in the country 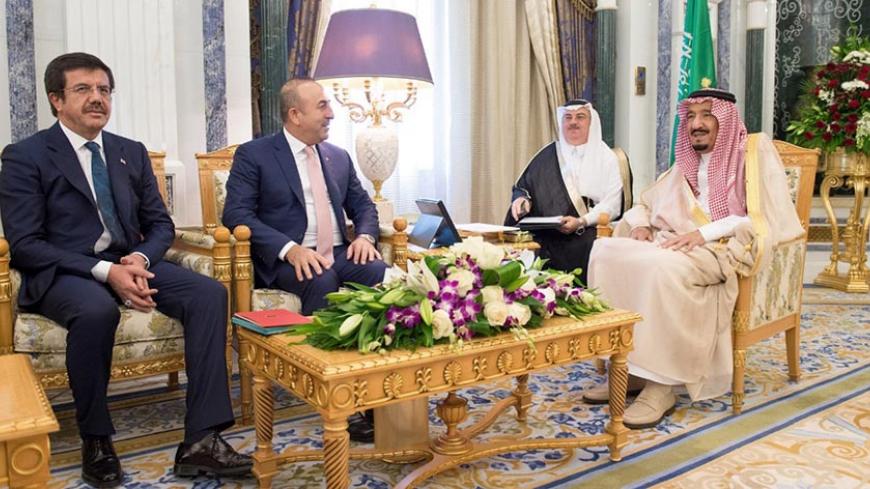 Talk of large inflows of Arab investment has been a recurring theme in Turkey since the 1980s, starting during the tenure of the late Turgut Ozal, who served first as Turkish premier and then president from 1983 until 1993. Such hype about “Arab capital” has seemingly developed into something of a complement to political efforts to promote conservatism and to Islamize Turkey, a trend that also began under Ozal and continues today under President Recep Tayyip Erdogan.

“Arab capital” refers to money from the Gulf, in particular from Saudi Arabia, Kuwait, Qatar and the United Arab Emirates (UAE). Investments from these countries, including real estate purchases by their nationals, have not only been exaggerated, but are also portrayed as an alternative to investment from the West.

In the past several months, the dollar has soared dramatically against the Turkish lira amid an exodus of mostly Western, short-term foreign investors and a rush for dollars among indebted Turkish companies, which are running a foreign exchange deficit of $213 billion. With this trend, lo and behold, the hype of “Arab capital” has returned. Turks are being told that Gulf money will soon be flowing in to curb the unruly dollar.

The daily Sabah, a semi-official government mouthpiece, trumpeted on Jan. 14 ,“120 billion dollars coming to Turkey!” Given that accumulated foreign investment in Turkey over 50-odd years is only $140 billion, the report sounds fishy. “Turkey is on the radar of foreign investors. After the Abu Dhabi Investment Group’s statement about a $100 billion investment, the National Standard Finance has now pressed the button for a $20 billion investment,” the report said. It quoted Abu Dhabi Investment Group President Zayed Bin Aweidha as saying the investments would rein in the dollar and make up for the hitherto damage.

Arab investment is depicted not only as the antidote for the dollar’s surge, but also as a potential substitute in case economic ties with the European Union and the West take a blow from Turkey’s shift to a presidential regime, which is expected to be put to a referendum in April. Yet, in light of Turkey’s hitherto experience with foreign investors and the Gulf countries’ own state of affairs today, these claims appear to be mere hyperbole, if not myth.

For starters, the fall in oil prices in recent years has hit the economies of the Gulf countries, which depend heavily on earnings from petroleum exports. These states no longer enjoy big foreign exchange surpluses, and some are even grappling with deficits. Saudi Arabia, for instance, ran current account deficits — i.e., foreign exchange deficits — of $53 billion in 2015 and $42 billion in 2016. Even Qatar had a $2 billion current account deficit last year, while the UAE’s surplus fell to $4 billion from $12 billion in 2015. Similarly, Kuwait’s current account surplus was only $4 billion last year. This means Gulf countries have less money to funnel to overseas investments today than before.

In Turkey’s own breakdown, Europeans own 80% of foreign direct investment in the country, which reached $140 billion at the end of 2015, according to central bank data. Another 9% came from the United States and 5% from Russia, while the Gulf countries’ share stood at no more than 7%. The Gulf investments are concentrated primarily in Turkey’s financial sector, especially in interest-free Islamic banking. Albaraka Turk, Kuveyt Turk and Turkiye Finans are some of the major Islamic banks representing the Gulf’s direct investments in this field.

On the real estate front, about 20-25% of homes purchased by foreigners belong to nationals from Gulf countries, mostly Saudis and Kuwaitis, according to official figures. In 2015, Gulf buyers purchased some 5,000 homes out of about 23,000 properties sold to foreigners. Last year, overall sales fell to about 18,000 homes, with 4,000 bought by Gulf Arabs.

That is how things stand on the direct investment side, and they are not much different when it comes to credits and investments in Turkish government bonds. Europeans bought more than 70% of the government bonds sold to foreigners in 2016, worth about $30 billion, according to Central Bank data. Another 20% went to American investors, and 10% to Asian ones, with the Gulf’s share estimated at 5%.

In terms of long-term credits, European financial institutions provided 56% of the $206 billion in external long-term loans that the Turkish private sector had obtained as of late 2016, according to Central Bank data. American banks were second, with 12%. Long-term loans from the Gulf amounted to $16 billion, or 8% of the total, with Bahraini creditors topping the list.

In sum, the so-called Arab capital from the oil-rich Gulf countries represents less than 10% of the external funds that Turkey is benefiting from either as direct investment or loans and portfolio investments. Since 2003, Turkey’s annual use of external funds has stood at an average of $40 billion, and Europe is its undisputed No. 1 partner in this regard. While the United States comes in second, the share of Gulf investors makes them quite a junior partner on the list. Even if speculation of certain covert or unrecorded funds is taken seriously, the Gulf’s share would still not exceed 10%.

The bottom line is, given the scale of Turkey’s external financing needs and the Gulf countries’ investment record in Turkey, Arab capital can in no way substitute for the Western funds from which Turkey is benefiting.