The Turkish press often trumpets enormous flows of Arab money into Turkey, but the data paint a different picture. 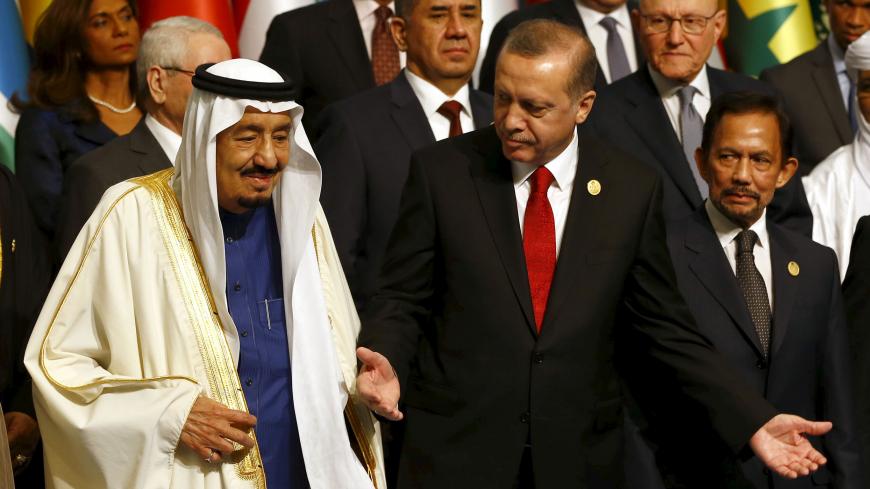 Turkey has been abuzz over the past few years with talk about Arab purchases in the country, suggesting a significant flow of Arab money into real estate investments such as homes, business offices and land and direct investments in banks and industrial and commercial companies. “Arabs” usually means buyers from wealthy Gulf states such as Saudi Arabia, Qatar, the United Arab Emirates and Kuwait. But are Gulf investors really on a buying spree in Turkey?

Most recently, the issue of Arab acquisitions has made headlines as part of a simmering controversy over a government plan to build an artificial waterway in Istanbul as an alternative to the Bosporus. The planned waterway — called Canal Istanbul and dubbed a “crazy project” by President Recep Tayyip Erdogan himself when he first announced it in 2011 — is designed to link the Black and Marmara Seas in what is touted as an effort to reroute tanker traffic from the Bosporus and thus reduce safety risks for the city. Amid grave environmental concerns over the project, another issue that has come under scrutiny is the ownership of the land along the route, as plots on the would-be shores of the canal are being snapped up.

After Erdogan revived the project last month, details on how land has changed hands in an area of rising prices reached the public's attention. It turns out that Sheikha Moza bint Nasser, the mother of the Qatari emir, is among the buyers, having reportedly purchased 4.4 hectares of land in the area. Istanbul Mayor Ekrem Imamoglu, a member of the main opposition party and a staunch opponent of the project, said that Arab buyers had purchased significant stretches of land along the planned route, drawing attention to plans for residential construction on the banks of the canal. “Since 2011, 30 million square meters of land have changed hands along [the route of] Canal Istanbul. The three companies with the largest amount of land are Arab companies,” he said.

The Turkish Statistical Institute releases monthly housing figures compiled from title-deed registries. Iraq and Iran stand out in this category, outstripping most Gulf nations. Iraqis bought about 18% of some 143,000 homes sold to foreigners in the 2015-2019 period, followed by Iranians and Saudis with 9% each, Russians with 5% and Kuwaitis, Qataris and Emiratis with less than 5% each.

The financial worth of the purchases could be tracked from the central bank’s monthly balance of payments data, which includes foreign-exchange revenues from real estate sales. The figure stands at $52 billion in the 2003-2019 period, or $3 billion per year on average. In the same period, Turkey’s average exports per year amounted to $130 billion, meaning that real estate sales amount to only 2.3% of export revenues and that the fuss over foreign purchases is rather exaggerated.

The direct investments of Gulf countries, meanwhile, totaled about $12 billion. Qatar, whose ties with Turkey have flourished under Erdogan, stands out with a direct investment stock of $6.4 billion, followed by the UAE with $3 billion, Kuwait with $1 billion and Saudi Arabia with some $600 million.

In sum, any media buzz suggesting an Arab buying spree in Turkey is overblown. While real estate sales to foreigners account for less than 3% of Turkey’s export revenues, Gulf investors hold only 9% of direct foreign investments in the country. Qatar, which has built a special relationship with Erdogan, represents half of those investments, while the other Gulf heavyweights have been growing aloof to Ankara.