Turkish security forces are taking a much more aggressive approach against the Kurdistan Workers Party (PKK), but how will Turkey transform operational military success into a sustainable and peaceful political resolution? 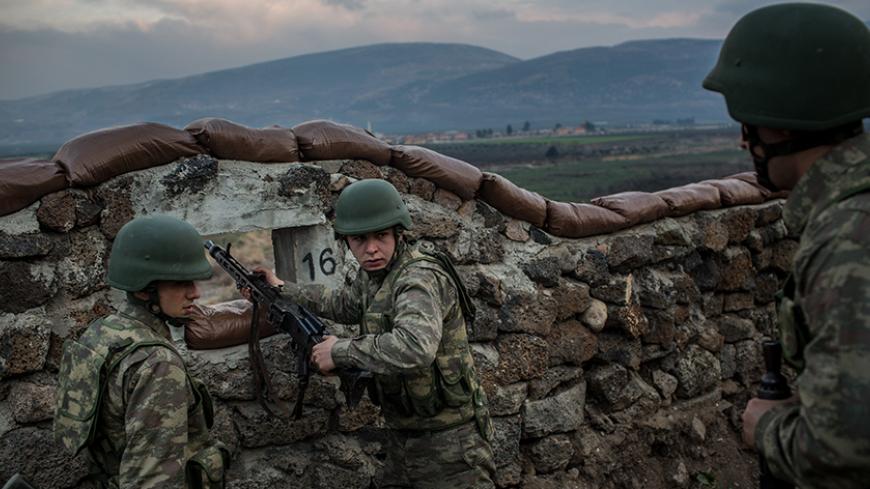 Security forces have been conducting intensive operations against the Kurdistan Workers Party (PKK) since March in southeast Turkey, particularly along a stretch of the border with Iraq between Silopi and Semdinli and in the Van Lake region on the Iranian border.

The operations can be defined as "area denial-search-destroy," with the objective of neutralizing (capture, wound or kill — in this case, primarily kill) PKK militants before they can complete the tactical move between their winter and summer operational deployments. In the winter, they often seek refuge in Iraq's mountainous Qandil regions, while in summer they deploy to more easily navigated areas of Turkey's interior, where they can launch attacks and withdraw quickly.

The "denial" aspect is crucial, as it aims to stop PKK units in their tracks. The operations have made ample use of the reconnaissance, surveillance and target-acquisition skills of entirely professional cadres of army special forces and special operations units of police and gendarmerie to eliminate the maximum number of PKK militants. In other words, success is being measured by the number of PKK militants killed.

By introducing the doctrine of area denial-search-destroy, the Turkish army has scrapped the goal of merely controlling Kurdish areas — a tactic it used from 2007-2013 that called for permanent outposts on dominant terrain features and at critical junctions to limit the PKK’s movement — but that resulted in heavy army casualties because of PKK raids against these static outposts.

The Turkish army has been able to move from passive area control to actively seeking out PKK militants and destroying them, in no small part due to advances in military technology used in counterterror operations during the past two years. Now the military uses more than 50 Bayraktar TB2 tactical armed drones equipped with MAM-L laser guided smart munition with a range up to 8 kilometers (5 miles), and smart micro munitions. In counterterror operations, the military currently is using six ANKA-S armed drones with longer ranges and 24-hour flight endurance, and 15 locally made ATAK assault helicopters.

In the past two months, troops have discovered more than a hundred caves in Turkey used by the PKK as shelter and supply storage in the Incebel-Kato Mountain area in the Beytussebap district of Sirnak province. Weapons seized included 30 mm AGS 17 grenade launcher, 120 mm mortars, Metis and AT-4 anti-tank guided missiles, and SA-16 Igla and SA-7B Strella shoulder-launched surface-to-air missiles.

“We are living through the most successful period of our 35-year struggle against the PKK," Defense Minister Fikri Isik said during a visit last week to military units on the Turkey-Iraq border.

“In the period since July 23, 2015, [more than 10,500] terrorists have been neutralized. This is a major success. The terror outfit has been rendered incapable of carrying out operations. We are going to break their spine and take all measures to make sure that they will never threaten this country again. Today, planting [roadside bombs] and long-range mortar fire is all they can do.”

It is not a surprise that the media, especially pro-government outlets, have used headlines such as “The PKK is finished” and “The PKK’s backbone is broken.”

Turkey says it has neutralized about 40,000 PKK militants over the years in these clashes, which have been taking place since 1984. If one says there are roughly 10,000 armed PKK militants in Turkey at any given time, then Turkey can claim it has militarily exhausted the PKK four times over.

Then there are the domestic political dimensions of the intensified anti-PKK operations. Nowadays, Ankara is devoid of any operational option against the PKK in northern Syria and Iraq. The only news with which to please the Turkish public and embellish media reports is that coming from inside the country.

Meanwhile, what is the PKK doing? It is on "strategic silence mode" inside Turkey. Having lost most of its mobility in southeast Turkey because of the government's area denial-search-destroy doctrine, and the PKK's inability to reshape its military deployment effectively for the summer, the group is acutely short of fixed security outposts to attack. At the moment, the PKK is launching hit-and-run attacks within a range of 3-5 kilometers with Metis and AT-4-type anti-tank missiles at Turkish targets such as tanks and armored vehicles, or resorting to bomb-laden vehicles.

But I don’t believe the current low profile of the PKK inside Turkey and its refraining from attacks in urban centers in the west is because it lacks capacity. The PKK’s current strategic thinking is focused on northern Syria. Being preoccupied with Rojava, the PKK prefers to remain on the defensive inside Turkey.

The course of Ankara-PKK combat inside Turkey is linked to developments in northern Syria. The most dangerous scenario that comes to mind is if low-intensity clashes erupt between Turkish security forces and Kurdish People's Protection Units (YPG, which is the PKK's Syrian extension) after Raqqa is cleared of Islamic State (IS) fighters. Such clashes could escalate into a high-intensity conventional war using tanks and artillery. As the area is heating up each day, the only power to prevent such a scenario would be the Pentagon.

Turkey is emphasizing the struggle inside its borders, especially in the rural southeast, to make up for its exclusion from the primary front in northern Syria. The Turkish military isn't limiting itself to deterring the PKK and restricting its mobility, but aims to eliminate PKK forces with its area denial-search-destroy doctrine. With their recent acquisition of armed drones, smart munitions and new-generation attack helicopters, Turkish security forces have been able to generate media reports that will please the public. Most professional experts, however, wonder how long Turkey can sustain this high-paced operational tempo. If the operations can be extended to the end of 2017 and disrupt the PKK’s winter configuration, then we can talk of a more serious blow to the PKK’s existence in Turkey.

The PKK, by focusing on northern Syria, has opted for a low profile in Turkey, which it sees as a secondary front for the time being. But the ground is heating up in northern Syria, and both sides have high expectations.

According to figures cited by its officials, Turkey has militarily wiped out the PKK several times over. Nevertheless, the question is still there: How can Turkey transform this military success at the operational level into a sustainable and peaceful political resolution?