After a suspension of seven years, the Israeli-Palestinian Joint Water Committee is reconvening, but will Palestine finally get a fair share of water? 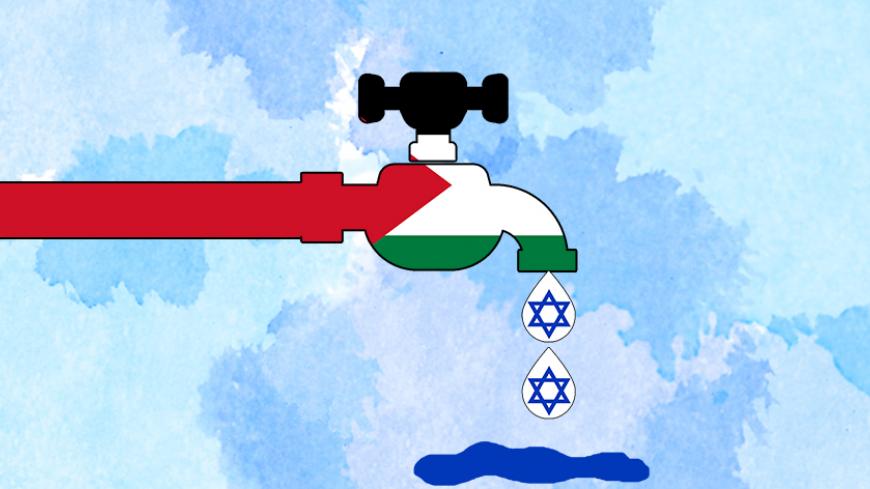 RAMALLAH, West Bank — After a seven-year hiatus, the Israeli-Palestinian Joint Water Committee (JWC), established under Article 40 of the 1995 Oslo Accord, resumed its meetings May 16. A new mechanism was developed to accelerate the implementation of infrastructure projects — such as supply lines, tanks, water and sewage networks, water pumping stations and treatment plants — in many Palestinian areas in the West Bank.

The JWC reconvened in execution of an agreement signed Jan. 15 between Maj. Gen. Yoav Mordechai, the Coordinator for Government Activities in the Territories, and Palestinian Authority Civil Affairs Minister Hussein al-Sheikh, with the participation of the heads of the Israeli and Palestinian water authorities.

The JWC was formed under the 1995 Israeli-Palestinian Interim Agreement that sought to regulate water issues during the interim period (1995-99). However, in light of the failure to reach a final agreement, the JWC, whose term was supposed to expire in 1999, has yet to be dissolved. The committee's main objective is to approve and oversee every new water and wastewater project in the West Bank, excluding the Jordan River. It is composed of an equal number of delegates representing the Israeli and the Palestinian water authorities, and the implementation of any water project in the West Bank requires the consent of both parties to this committee. Therefore, the Palestinians must obtain the JWC’s prior approval on any water project, such as water extraction in the aquifers and any other water-related projects. However, they also need additional permits from the Israeli civil administration before embarking on any works in Area C of the West Bank. This measure, however, does not apply to the Israelis.

Under the 1995 Interim Agreement, the Gaza Strip was considered a separate water sector and thus Gazan authorities were held solely responsible for meeting the residents’ needs using only sources located within Gaza’s borders and the small quantities that Israel pledged to sell them, without being able to use water from the West Bank.

On May 25, the head of the Palestinian Water Authority (PWA), Mazen Ghoneim, said during a periodic meeting held by PWA with its funding partners, “The six-year suspension of the JWC’s work has led to the suspension of 97 projects in a number of Palestinian communities.”

He pointed out that the resumption of the work of the JWC would “strengthen the PWA’s capacity, with the support of its partners, to implement numerous vital water projects faster — especially projects serving Palestinian communities in Area C.”

In 2010, the PWA, headed by Shaddad al-Attili, a water expert in the Palestinian territories, had decided to suspend the work of the JWC because Israel conditioned its approval of any Palestinian water projects on Palestinian approval of Israeli settlement projects in the West Bank. The Palestinians saw this as an attempt to legitimize Israel’s settlement activity.

Attili told Al-Monitor, “Israel has also refused to grant Palestine the necessary permits to dig water wells or develop water projects in Area C. I do not expect the committee to achieve any positive results. Based on my years of experience with the Israelis, I do not expect much from them in the water dispute.”

In the West Bank, dozens of residential areas face weeks of water shortages every summer as a result of Israel’s control over water resources and the water quota distributed to the Palestinians.

Attili noted that he does not expect this problem to be solved soon, since the JWC is mainly tasked with getting approval on internationally funded infrastructure projects. He added, “Israel is obstructing the water supply to these projects and preventing the Palestinians from digging wells — not to mention that all water projects in Area C must be approved by the Israeli civil administration.”

On Feb. 22, the Coalition for Accountability and Integrity-Aman had held an in-depth panel discussion to debate the JWC renewal mechanism. The experts on the panel concluded that the implementation of the water projects in Area C was still subject to approval by the Israeli civil administration, noting that the agreement to resume the JWC meetings sets the water quotas to be supplied to the Palestinians, but does not set forth any conditions or controls on the water quotas granted to Israeli settlements. The panel concluded that by signing this agreement the Palestinian authorities have acknowledged that they are not entitled to work in Area C because it is one of the disputed areas.

Samir Abdullah, the former Palestinian minister of planning and labor and researcher at the Palestine Economic Policy Research Institute-MAS, told Al-Monitor, “The resumption of the JWC’s work came as a result of US and international pressure on Israel in light of the deterioration of the Palestinian economy hit by multiple crises for several reasons, including the water [shortage] and Palestinians’ increasing water needs.”

The water dispute is one of final status negotiations issues along with other issues related to refugees, borders, the state, Jerusalem and settlements. All these issues were supposed to be resolved after the expiration of the interim period under the Oslo agreement in 1999, but that did not happen.

Israel controls 90% of Palestinian water resources. A March 2015 report by the Palestinian Central Bureau of Statistics stated, “The Israeli daily share per capita of water consumption reached seven times higher than the Palestinian’s,” noting that this is evidence of the inequality between Israel and Palestine in sharing water extracted from aquifers in the West Bank due to Israel’s almost full control over surface and groundwater.

According to Abdel Rahman al-Tamimi, the director general of the Palestinian Hydrology Group, Israel’s increase of Palestine’s water quota would be the main challenge that the JWC will have to face.

He told Al-Monitor, “The JWC’s action will not be reflected on the water situation in Palestine, because the problem lies in the unavailability for Palestinians of water sources, which are controlled by Israel."

Tamimi added, “There is no use or benefit to develop water infrastructure projects such as building reservoirs and water networks, if there is no water to be pumped. This is why the Palestinians hope donors would pressure Israel to give the Palestinians larger water quotas.”