The post-Islamic State era will be crucial for Kirkuk, as conflicts over the governorate's territory and oil will determine the future of relations between the Iraqi government and the Kurdistan Regional Government. 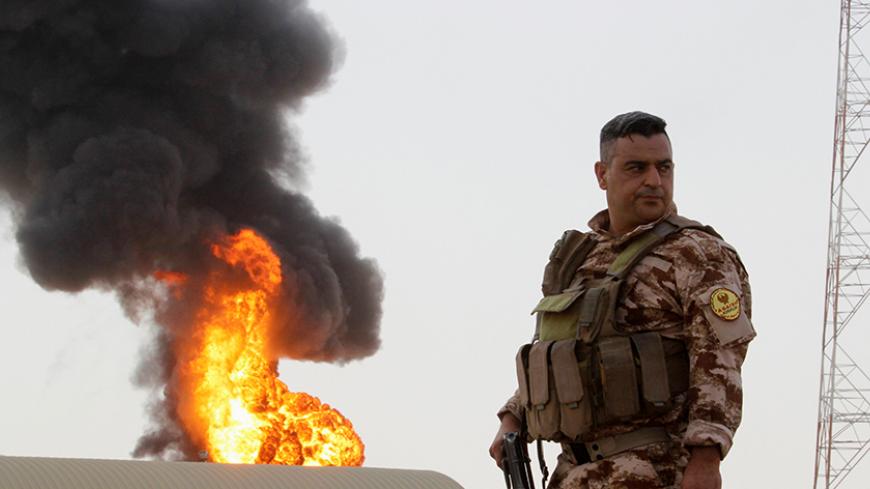 After decades of waiting, the Kurds are finally set to hold a referendum on independence in the fall. Massoud Barzani, the president of Iraqi Kurdistan, met June 7 with Kurdish political parties to discuss the referendum. Though the Gorran party (Movement for Change) and Kurdistan Islamic Group refused to attend the meeting, participants scheduled the referendum for Sept. 25.

The decision came soon after Barzani's son, Masrour Barzani, unexpectedly arrived June 4 in Baghdad to meet with Iraqi Prime Minister Haider al-Abadi, though the men did not talk about the independence referendum, according to Abadi's office. Masrour Barzani is chancellor of the Kurdistan Region Security Council, a hard-liner toward Baghdad and an outspoken supporter of the referendum who calls for "divorce from Baghdad." A memo from Abadi's office said they discussed military coordination to liberate Mosul from the Islamic State (IS).

The Kurdistan Regional Government (KRG), especially the Kurdistan Democratic Party (KDP) led by Massoud Barzani, supposedly favors holding the referendum, though some skeptics doubt Barzani's true intentions. Hoshyar Abdullah, a member of the Gorran faction in the Iraqi parliament, told Al-Monitor that the referendum is "a political card" — leverage toward winning from the KDP the oil fields west of Kirkuk in northern Iraq. He said the referendum also is a tool "to distract the Kurdish people from the KRG's failures and allow the KDP to regain positions lost in Baghdad."

When IS advanced to Kirkuk in 2014, the KDP deployed two peshmerga brigades to protect the western oil fields. When the Patriotic Union of Kurdistan (PUK) became suspicious about the KDP's intentions, the PUK deployed its forces in June 2014 to the oil fields north of the city to block further KDP advances. Since then, there have been tensions between the KDP and the PUK over the future of the oil fields, oil exportation and the resulting income.

Burhan Haji Sulaiman, the editor-in-chief of the leading Kirkuk weekly Hawal, a pro-PUK outlet, told Al-Monitor that deploying the peshmerga in the western oil fields amounted to "occupation.” He said that the decision reflected "the strong alliance existing between the KDP" and Abadi. "The referendum is merely for strengthening a certain political party [the KDP], and the people of Kirkuk refer to the export of their oil as ‘looting,’" Haji Sulaiman stressed.

In March, a PUK unit known as the Black Force stormed the North Oil Company pumping station to try to put pressure on Baghdad and Erbil, the Kurdistan Region capital, to build an oil refinery in Kirkuk. The move led Massoud Barzani to deploy more peshmerga forces to secure the oil fields.

A high-profile political source in Kirkuk who asked not to be identified due to the sensitivity of the issue told Al-Monitor that Massoud Barzani supports an independence referendum so he will have "strong leverage against the Iraqi government to win the oil fields west of Kirkuk during negotiations on the future of KRG-Baghdad relations." In 2014, Kurdistan Region Prime Minister Nechirvan Barzani announced KRG's strategy of economic self-sufficiency; however, it failed due to the fall in oil prices, the war on IS and Baghdad cutting the KRG budget. In addition, Abdullah believes the KDP does not want to give Baghdad control of the oil, "as the KDP has a deep strategic plan, which is controlling energy so as to successfully continue its quest for hegemony" and political power in Iraq and the Kurdistan Region.

Aso Mamand, the head of the PUK in Kirkuk and a member of the PUK's political bureau, told Al-Monitor that the Iraqi government may not accept the peshmerga's presence in Kirkuk once IS is defeated in Mosul and Hawijah. Mamand has suggested certain multiparty guarantees for Kirkuk’s future, saying, “We have suggested reaching an agreement with Baghdad, the Global Coalition to Counter IS and the Kurdistan Region." Hoisting the Kurdistan Region flag in Kirkuk led to conflicts between the Kurds and Turkmens. Kurdish leaders, in particular a group of PUK leaders of Kirkuk, have tried to reassure Arab and Turkmen leaders that they have "a special project" that will "prioritize Kirkuk and Kirkukis,” rather than Baghdad or Erbil.

"We want Kirkuk [governorate] to be a semi-[autonomous] region annexed with the Kurdistan Region with all its decentralized authorities that all the other components will agree on. Kirkuk's oil should belong to Kirkuk, and the Kirkuk semi-region should have control over its oil," Mamand said.

He added, "If it was not for the Kirkuk oil, the KRG would not have been able even to pay the half salaries that KRG employees are receiving. The people of Kurdistan are paying the price" for ill-considered KRG oil policies, he said.

Mamand noted, "We would like to hold a referendum in Kirkuk, but there [need to be] two referendums: first, to determine whether the Kirkukis want to incorporate into the Kurdistan Region or not, and then the referendum for the independence of Kurdistan."

Al-Monitor talked to Nahwi Saeed, an independent researcher who wrote his doctoral thesis on Kirkuk's conflicts and future prospects. Saeed said that incorporating Kirkuk into the Kurdistan Region is considered a "red line by the Arabs and Turkmens."

"Any unilateral attempt by the Kurdistan Region to cross this red line" will lead to violence, Saeed said. Imposing the will of one party or state on others in a deeply divided city like Kirkuk will lead to bloodshed and few solutions, he noted.

Saeed argues that the best scenario is the application of Article 140 of the Iraqi Constitution. The people of Kirkuk should decide upon the future of their governorate, and their decision should be respected regardless of which option they go for. However, he said, "Such a referendum is highly unlikely now. Therefore, the future of the Kirkuk governorate is truly caught in a catch-22 situation."

Luay al-Khatteeb, Iraq's Energy Institute director, told Al-Monitor the Iraqi government will claim the western oil fields after Hawijah and Mosul are liberated, as Iraq considers these oil fields to be its property and not the KRG's.

"Baghdad turned a blind eye to the KRG exporting oil from those fields, as they didn’t want to be involved in Kirkuk conflicts and clashes," Khatteeb said. "My advice for the whole of Iraq is for Kirkuk to declare its own region, or merge with Sulaimaniyah [city] and combine resources. Kirkuk has the richest oil fields but lacks good corridors. To secure a reliable and sustainable corridor for oil exports, there could be pipelines through Baghdad or Mosul, so Kirkuk could have a better chance to meet its local demand."

According to Mamand, the KRG has not been committed to transparency, and Kirkuk's share is not determined appropriately by either the KRG or the Iraqi government. The KRG exports more than 300,000 barrels per day (bpd) to Turkey, and if the Khormala gas turbine power plant's output is included, that figure will exceed 400,000 bpd. This is in addition to the 60,000 bpd from the North Oil Company going through the KRG.

Mamand concluded, "The economic independence the KRG was claiming was through oil, and the KRG Natural Resources Ministry was aiming for 1 million bpd by the end of 2015 — however, it failed. So, I don't know if the Iraqi government will accept taking Kirkuk's oil forever. … Still, Kirkuk is part of Iraq and its oil is controlled by the Iraqi government. This has made us concerned." 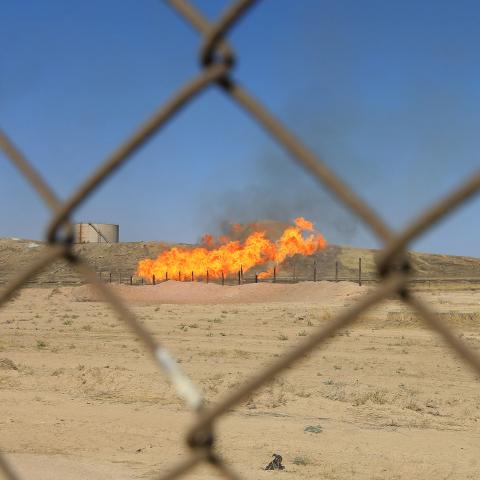