Kurds lose, but that doesn't mean Turkey's a winner

The Kurdistan independence referendum backfired and Kurds are suffering, but Turkey might want to hold off on celebrating until it considers the long-term consequences. 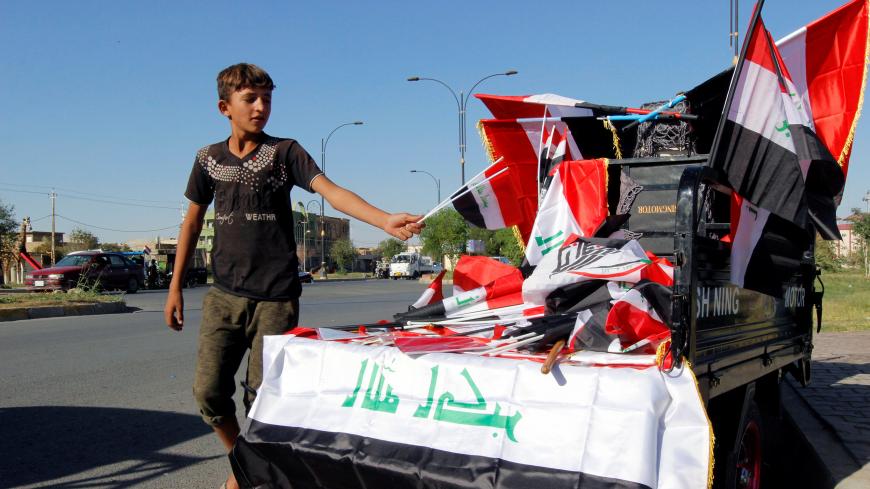 Kurds who insisted on holding the independence referendum were warned in September. Friends and foes alike, as well as many Kurds themselves, predicted that once the Islamic State (IS) was cleared from its bastion of Havice, a region near Kirkuk, the Iraqi army and the Popular Mobilization Units (PMU) would turn their guns on Kurdish forces to expel them from disputed lands. As a result, the doomsayers said, the Kurdish aspiration for an independent state would be even more difficult to achieve.

The army and the PMU launched major offensives Oct. 15, and within 24 hours they had wrested from the Kurds control of many disputed areas including Kirkuk, Mahmur, Sinjar and Hanekin. The state assumed control of strategic locations including the Kirkuk airport, the K1 military base and the oil fields of Baba Gurgur and Bai Hassan. All told, the Kurds lost 40% of the territory they had controlled since 2014.

The Kurds who feared the referendum would be too risky now blame Kurdistan Regional Government (KRG) President Massoud Barzani — who insisted on the vote — for badly miscalculating the outcome.

Kurdish opposition sources Al-Monitor spoke with in Erbil, Sulaimaniyah and Kirkuk said military, political, economic and diplomatic conditions were not ripe for a referendum. They said that as long as there is no actual declaration of independence, the referendum was a mere poll. The leaked letter of US Secretary of State Rex Tillerson showed that the United States had offered to participate in one year of negotiations with Baghdad if Barzani had postponed the referendum. If those negotiations failed, the United States promised, it would "recognize the need for a referendum."

Barzani rejected Tillerson’s offer, yet he was forced to call on international players led by the United States to help in case of war with Iraq. It was a sure sign of the Barzani administration's feeble state.

A veteran Kirkuk politician made the following points to Al-Monitor.

Relations with Turkey and Iran that are vital to the Kurdish economy have deteriorated. Salaries can't be paid. Kurdish politicians will pay the price for this.

The path has eased for more Iranian intervention in the region, something not only the Iraqis but also the Americans are worried about.

The Iraqi government wants to reinstate its control of disputed areas, border crossings, airports, oil wells and oil pipelines. The referendum provided a pretext for such action. If the Kurds had not raised the referendum issue, they could have consolidated their gains over these key points. The referendum also gave Prime Minister Haider al-Abadi a card to play. Abadi wants to structure a constitutional framework to settle the issue of disputed areas, place oil and customs revenues into a central budget, and control banking and telecommunications. If Abadi succeeds, Kurds stand to lose whatever they had gained.

US silence facilitates Abadi’s goals. Americans are angry with Barzani for allowing Iran to get involved. Turkmens in the PMU are itching for more clashes. Barzani, who leads the Kurdistan Democratic Party (KDP), is short of options. In Kirkuk, the forces of the Patriotic Union of Kurdistan (PUK) party don’t want to fight with Iraq.

KRG Vice President Kosrat Rasul is working alongside Barzani, but they don’t have the full backing of other PUK leaders who feel the PUK will be the biggest loser in this battle. Adding to the party's division, an Iraqi court on Oct. 19 issued an arrest warrant for Rasul, although Barzani rejected the order.

The PUK is so divided that it has ousted six of its members, accusing them of betrayal in the battle for Kirkuk, the Baghdad Post reported. One of those ousted was Pavel Talabani — son of deceased Iraqi President and PUK leader Jalal Talabani — whom Baghdad had previously appointed governor of Kirkuk.

Adding to this, Iran is trying to split the Kurds by pulling the PUK to its side.

Despite the US call for negotiations between Baghdad and the KRG, Abadi insists on keeping control of the Kirkuk airport, the K1 base and all Kirkuk oil facilities; the return of Iraqi forces to their positions and bases as they stood before 2014; and custody of all captured IS militants held by the Kurds.

Barzani rejected the US suggestion of joint Iraqi-Kurdish management of Kirkuk, airports and customs.

The noncommittal position of the United States, and support offered by Iran and Turkey, reinforced Abadi’s hand. The Iraqi army, which IS routed in 2014 — allowing the Kurds to expand their territory — had recovered its confidence and was able to send its army against Kirkuk. The KRG did not anticipate the heavy pressure emanating from Iran after spiritual leader Ayatollah Ali Khamenei labeled the referendum “treason and a Zionism plot.” Barzani is now paying the price for his mistakes and these unforeseen developments.

Turkey, although virulently against the referendum, was nevertheless excluded from the battle. It was no secret that Turkey was determined to make Barzani regret what he did; Ankara threatened to open a new border crossing at Ovakoy instead of Habur to deny KRG its lucrative customs duties and to activate an oil pipeline from Kirkuk to Mosul to bypass Kurdistan. Of the 600,000 barrels of oil Kurds pump out daily, about 250,000 come from the Kirkuk oil fields. Turkey was also hoping to sever the connection between Iraqi Kurdistan and the Syrian Kurds in Rojava — also known as Western Kurdistan, or the Democratic Federal System of Northern Syria.

Ankara’s anger over Barzani muted its objections to the PMU's participation in operations to remove IS from Mosul and Tal Afar, and there was a sudden sense of normalization of Turkey-Iraq relations. Turkish news media stopped labeling Iraq's PMU a “terror outfit” and “Iran’s lackeys." Nevertheless, Turkish commentators could not really understand why Abadi declared that he doesn’t want to fight the Kurds and called the PMU “a second IS.”

Turkish media tried hard to gain legitimacy for Turkey’s Kirkuk intervention in the current fray by drawing attention to the presence there of the Kurdistan Workers Party (PKK), which Turkey considers a terrorist group. An allegation by Seman Agaoglu, president of the Iraqi Turkmen Front coalition of political parties, that “700 specially trained PKK militants entered Kirkuk” echoed widely in the media.

In the end, Turkey got what it wanted at Kirkuk. Turkey doesn’t want to deal with Barzani anymore. But this process, which inflicted serious damage on the KDP and the PUK, may expedite a new scenario: the PKK gaining strength in Iraqi Kurdistan. The PKK’s influence is surely growing among the Kurdish youth, especially in PUK-controlled areas. Therefore, in the long run, a Kurdish rout and apparent collapse might not turn out to be the victory Ankara has been dreaming of.