By signing the waiver against moving the US Embassy from Tel Aviv to Jerusalem, President Donald Trump displayed responsibility and sound judgment. 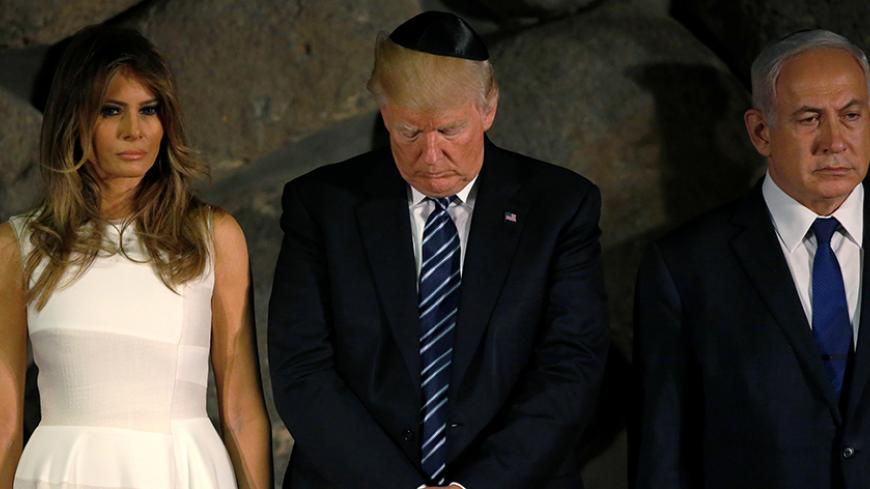 The decision by US President Donald Trump to sign the June 1 waiver suspending the move of the US Embassy from Tel Aviv to Jerusalem was rather expected. Nonetheless, when the signer is one of the most unpredictable politicians in the world, the Israeli and Palestinian peace camps should be sighing in relief at his decision. Concerned American citizens can also find some solace in the responsible move by their president on this score. This may be an indication that he is starting to understand that “in the Oval Office you view things differently,” as Republican President Gerald Ford said in 1974 when asked why he was not fulfilling his campaign pledge to move the embassy to Jerusalem.

Ford explained at the time that such a move could undermine efforts to achieve a just and sustainable peace between Israel and its neighbors. A decade later, Ford also signed a 1984 letter urging Congress to reject proposed legislation by New York Sen. Daniel Patrick Moynihan that would have required the transfer of the embassy to Jerusalem. Former President Jimmy Carter and former President Richard Nixon also wrote similar letters; former Secretaries of State Dean Rusk, Cyrus Vance and Edmund Muskie also wrote a joint statement saying such a move would jeopardize US interests in the Middle East. The former top officials' messages generally noted that moving the embassy would damage US ties with the Arab world and harm Israel’s vital interests.

All the efforts made since then by the pro-Israel American Israel Public Affairs Committee lobby in Washington and the Israeli political right to alter the status quo in the city have come to naught despite congressional passage of a law in 1995 seeking to move the embassy to Jerusalem from Tel Aviv. Trump is the fourth president to sign the waiver suspending implementation of the law. The waiver must be signed every six months to prevent triggering the embassy's move; the 1995 law had been opposed by then-President Bill Clinton and then-Israeli Prime Minister Yitzhak Rabin.

But Prime Minister Benjamin Netanyahu probably understands better than all the American presidents and secretaries of state what is good for Israel, and even for the United States. What’s more, Netanyahu and his friends on the Israeli right can also teach the leaders of the world what is best for the relationship between Israel and its Arab neighbors.

For example, shortly after Trump signed the executive waiver, Netanyahu announced that “maintaining embassies outside the capital drives peace further away.” Education Minister Naftali Bennett knows that “delaying the move of the embassy actually hurts the prospects of a true peace.” How does the order that forces new US Ambassador David Friedman to make do with the view of the Mediterranean from his Tel Aviv office window harm peace? Here is Netanyahu’s explanation: “It contributes to keeping alive the Palestinian illusion that the Jewish people and their state do not have an affinity for Jerusalem.” Bennett, the leader of the West Bank settlers’ party, HaBayit HaYehudi, is also concerned about the damage inflicted by the presidential waiver on the peace for which he yearns day and night. According to Bennett, only full recognition of a unified Jerusalem under Israeli sovereignty will once and for all end the Palestinian illusion about a division of Jerusalem “and pave the way to true peace with our neighbors.”

Let's assume that Trump would have been won over by the argument that moving the embassy is the most effective remedy for the ongoing diplomatic paralysis. Would Netanyahu then agree to conduct negotiations with the Palestinians over the sovereignty in East Jerusalem, as mandated by United Nations resolutions and the positions adopted by all the member states? And what kind of “true peace” would Bennett discuss with the Arabs, given that his party does not recognize the right of the Palestinian people to an independent state? Would he suggest that they make do with his plan to annex 60% of the West Bank to Israel, the territory known as Area C, currently under full Israeli control?

Netanyahu and Bennett know full well that a true peace without dividing Jerusalem and giving the Palestinians the eastern part of the city would be a false peace. They certainly understand that moving the embassy to Jerusalem would damage the fragile standing of Palestinian President Mahmoud Abbas and play into the hands of those opposed to recognition of Israel and to the Arab Peace Initiative. A reliable American source told Al-Monitor on condition of anonymity over the weekend that Netanyahu had made it clear to Trump that he would understand the president’s decision to sign the waiver. But Netanyahu did not promise to give up the opportunity to portray himself to the Israeli public as a victim, at the expense of the American president whom Netanyahu had praised so lavishly during Trump's visit to Israel on May 22-23. Tourism Minister Yariv Levin, one of Netanyahu’s closest associates, went even further in an effort to get a smidgen of a headline, when he dared read Trump the riot act. “This is not the way to make America great again,” the minister rebuked the president of the United States.

Trump’s conduct on a variety of issues — from his moves against Muslim immigrants through the withdrawal from the Paris climate agreement — have not contributed much to making America great. But when it comes to the Israeli-Palestinian conflict, Trump has displayed responsibility and sound judgment. Opposition Chairman Isaac Herzog phrased it well when he said, in response to the signature of the embassy move waiver, that the president had realized that in order to obtain international recognition of Jerusalem as the capital of Israel, a courageous diplomatic arrangement must be achieved. It is highly doubtful that Herzog will get his wish and after 50 years of occupation Netanyahu, too, will arrive at this understanding.

On the other hand, the reaction of Jerusalem Mayor Nir Barkat shows that the embassy issue will be around in the coming months, if not the coming years. Barkat promised to keep trying “to make it [the embassy move] happen as soon as possible.” And, indeed, in six months the president will once again have to re-examine his policy on moving the embassy to Jerusalem. Blowing this symbolic issue out of proportion and making it a litmus test of US-Israel relations has turned it into a very valuable commodity in Trump’s tool box. He can promise Netanyahu that if he is convinced that Israel is displaying a true desire to move toward an agreement with the Palestinians, Friedman will call the movers to the embassy building in Tel Aviv. After all, Netanyahu said that any delay in moving the embassy to Jerusalem would undermine his precious peace, so that to a certain extent, the ball is in his court.