The presentation of a serious US blueprint for Israeli-Palestinian negotiations on a permanent status arrangement is the only hope of saving the peace process. 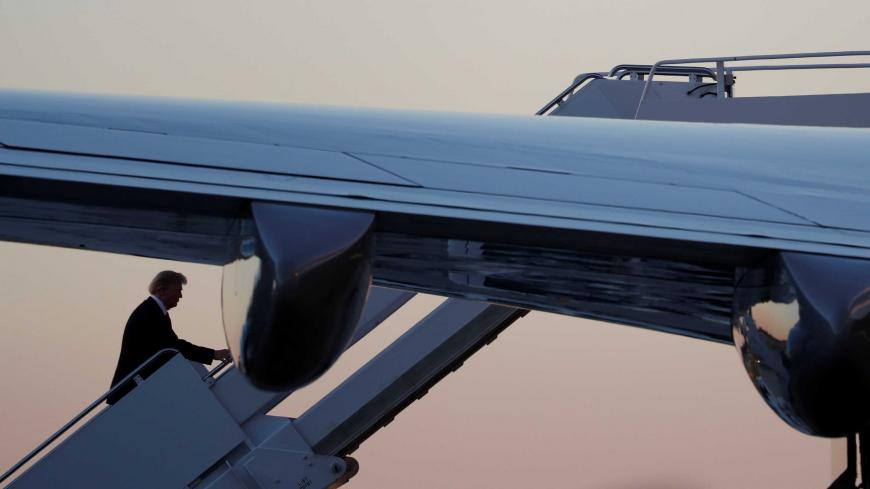 President Donald Trump, or his people, were clearly trying very hard over this past weekend to douse the flames ignited across the Middle East by US recognition of Jerusalem as Israel’s capital. Secretary of State Rex Tillerson sought to dampen the enthusiasm of Israeli celebrations following the Dec. 6 announcement and to calm Arab protests against the United States and Israel. He tried to make clear that the status of the contested city would only be determined within the framework of a permanent arrangement between Israel and the Palestinians. Trump’s ambassador to the United Nations, Nikki Haley, was also mobilized to put out the fires. Addressing the UN Security Council on Dec. 8, she noted that Trump had not taken a stand on Jerusalem’s boundaries, adding that the issue of sovereignty over the city “is still to be decided on by Israelis and Palestinian in negotiations.”

Tillerson promised that the inauguration of the US Embassy in Jerusalem was at least two years away. He cited unspecified “logistical” considerations as the reason for this delay, although those in the know say there is nothing preventing the embassy in Tel Aviv from calling in the movers tomorrow. Martin Indyk, a former US ambassador to Israel, tweeted last week that a recently completed US consular facility in West Jerusalem could fit the bill and house relocated embassy staff.

Indyk knows whereof he speaks. As US ambassador and a senior member of the Middle East negotiating teams under presidents Bill Clinton and Barack Obama, Indyk has been closely following progress on the construction of a potential US embassy in Jerusalem. Planning sources in Jerusalem said a year ago that the building erected in the city’s Arnona neighborhood, ostensibly for use by the US Consulate, was being outfitted with the needs of an embassy in mind. The new building, located in what was a no-man’s land between the Israeli and Jordanian borders from 1948 to 1967, covers an area of 210,000 square feet, making it almost as big as the embassy in Tel Aviv. Although the building has long been ready for tenants, the US Consulate in the western part of Jerusalem and the one in the eastern part have both stayed put. The delay, therefore, does not stem from logistical difficulties.

Trump has bragged that his approach to solving the Israeli-Palestinian conflict is better than the one pursued by his predecessors. During the Dec. 8 UN Security Council debate on Jerusalem, Haley remarked that by withholding formal US recognition of Jerusalem as Israel’s capital, presidents Clinton, Bush and Obama had contributed to the dead end in negotiations between the sides. On the other hand, Haley added, Trump is convinced that his Jerusalem policy will result in a diplomatic breakthrough.

Whereas Trump's predecessors in office saved the goodies to compensate Israel for bitter land concessions it would have to make in the West Bank and Jerusalem, Trump is giving the Israelis a taste of the sweets to whet their appetite for the main course. Trump’s Jerusalem proclamation could well have been designed to shore up the waning popularity of Prime Minister Benjamin Netanyahu ahead of the presentation of the US peace plan being cooked up in Washington.

Trump’s declaration could be nothing but a honey trap. The Israeli political right has been depicting Trump as Judah Maccabee, the Jewish leader who defeated the ancient Greeks and handed the Jewish Temple back to the Jews more than 2,000 years ago. If the US real estate mogul ever hands Israel the bill for the West Bank land it has been using without permission for 50 years, the right will have a hard time transforming his image into that of the wicked Greek ruler Antiochus Epiphanes.

Whether the Jerusalem declaration was a sweet aperitif or a honey trap, for now it is playing into the hands of America’s rivals. Trump — who is obviously ignorant of the saying “Death and life are in the power of the tongue” (Proverbs 18:21), attributed to King Solomon — is supplying opponents of Middle East peace with ammunition. His tongue contributed this week to the deaths of Palestinian protesters, and he is the only one that can breathe life into the dying Israeli-Palestinian peace process and stop the bloodshed. State Department envoys and UN ambassadors won’t get the job done.

The law adopted in 1995 by a Republican Congress mandating the relocation of the US Embassy from Tel Aviv to Jerusalem stipulated that the move be completed within five years, giving the Israeli government of prime ministers Yitzhak Rabin and Shimon Peres and the Palestinian leadership, headed by Yasser Arafat, time to complete negotiations on a permanent solution to the Israeli-Palestinian conflict. Rabin was assassinated in November of that year, and both Arafat and Peres have also since died. Religious and nationalist zealots, both Jews and Muslims, have managed to sabotage the diplomatic process, and in so doing, to derail the embassy relocation. Three US presidents adopted the assessment that unilaterally changing the status quo in Jerusalem, without reaching a comprehensive agreement between the sides, could deliver a fatal blow not only to Israeli and Palestinian interests, but also to US interests in the Middle East. This assessment is just as valid today.

Presenting a serious blueprint for negotiations on a permanent status agreement between Israel and the Palestinians is the only move that can save the dying peace process. If there is such a thing as the “Trump peace plan for Mideast peace,” it is unclear what the president is waiting for. His advisers Jared Kushner and Jason Greenblatt will not reinvent the wheel and turn back the negotiations conducted sporadically between the sides for more than 20 years. An agreed-upon border between Israel and the Palestinians was, and still is, the border that separated Israel from its neighbors until 1967, with some mutually accepted land swaps. Israel will not get anything more, unless it is willing to turn into a binational state or an apartheid regime. A magic wand will not turn predominantly Palestinian East Jerusalem into a part of the Zionist state. A normalization of ties with the Arab world will not occur as long as Israel remains the sole sovereign over the Temple Mount, the Jerusalem site holy to both Jews and Muslims, who call it Haram al-Sharif.

For too many generations, Jerusalem was a pawn in the hands of zealots who turned it into a battleground. Trump has been handed a rare opportunity to go down in history as the man who turned Jerusalem into a city of peace. For that to happen, the inauguration of the US Embassy in Jerusalem, the capital of Israel, will have to wait until the US Embassy is inaugurated in East Jerusalem, the capital of Palestine.