With the extension of the Citizenship and Entry into Israel Law for the 14th year in a row, Palestinians in the West Bank will continue to be blocked from reunifying with family members in Israel. 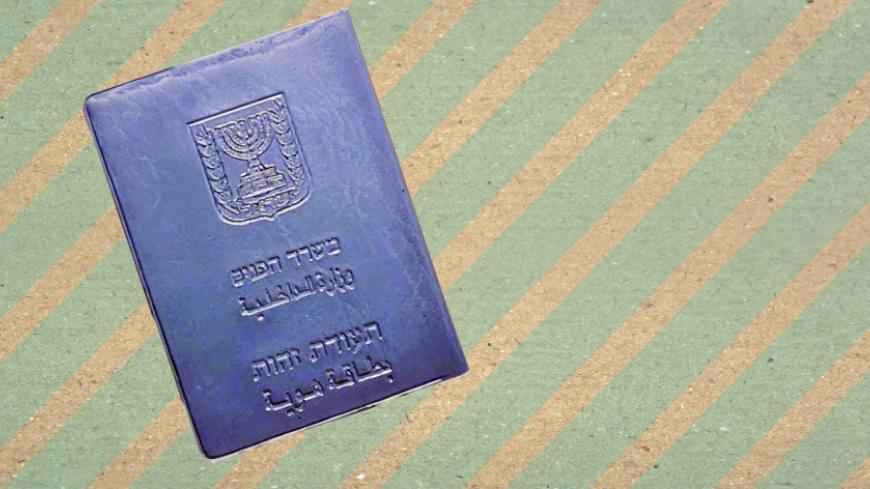 RAMALLAH, West Bank — The Knesset extended the Citizenship and Entry into Israel Law on June 13, for the 14th time. The law prohibits granting Israeli citizenship to Palestinians from the West Bank and Gaza Strip who are married to Palestinians within the Green Line (aka Israeli Arabs) under the pretext that they might participate in attacks against Israel.

The Knesset first approved the citizenship law in July 2003, as a temporary measure set to last a year, out of fear that the Palestinians who were allowed to reunite with their families would stage anti-Israeli acts. But the Knesset has renewed the law ever since. In March 2007, the Knesset approved an amendment to the law, adding several more countries — Lebanon, Syria, Iraq and Iran — whose citizens would be banned from reuniting with their families in Israel, if they were to marry Israeli Arabs. Israeli law considers those countries "enemy states."

Yasser al-Khatib, 43, a lecturer at the Western Galilee College from Acre, has been married for 11 years to a woman from Jenin and has three children with her. He is always worried and feels unstable because he has not been able to get an identity card for his wife, who only has a residency permit that is valid for six months, sometimes a year. The Israeli authorities are in charge of issuing and approving permit renewals, and though Khatib has repeatedly applied for an identity card for his wife since their marriage in 2006, the Israeli authorities continue to reject his request.

As a result, Khatib's wife has remained an illegal resident, provoking fear in her family. "The temporary residency permit allows its holder to live within the Green Line, but deprives them of many rights," said Khatib. "My wife cannot work because she does not have Israeli citizenship, although she has a [bachelor of science degree] in business. She cannot drive a car either, despite having an international driving license. The situation has burdened us economically as a family, as my wife cannot move around or take the kids to school."

Khatib said their fate is unknown, and they are at the mercy of the Israeli authorities. "This year, they gave my wife a residency permit for one year, but nobody knows or can guarantee that they will grant her one next year," he said. "This doubt is jeopardizing the family's stability. If I die, Israeli authorities will stop issuing a permit for my wife, and my children's health insurance will be suspended. We are living in constant fear and anticipation."

The Legal Center for Arab Minority Rights in Israel (Adalah) had filed a petition to the Israeli High Court in May 2007, asking it to annul the citizenship law because it violates Arab citizens' rights to dignity, equality and choice of a life partner, with whom they are entitled to live under one roof. But the court rejected the petition in December 2012.

Sawsan Zaher, the attorney who filed the petition at Adalah, told Al-Monitor, "Israeli authorities' allegations that the application of the law has been extended for security reasons are false. Their real aim is demographic, as they want to limit the number of Palestinians residing within the Green Line."

She added that the citizenship law "is one of the most racist laws. It discriminates against Palestinians in Israel based on their national belonging. It also legitimizes intruding on family life and its stability." She said, "There are no guarantees that the temporary residency permit will be renewed every year. Consequently, families live in a state of instability and insecurity and face dispersion." The law applies to some 20,000 to 30,000 people.

Major international rights associations criticized the citizenship law after its approval and extension. Amnesty International called on Israel to annul the citizenship law. "The Israeli authorities must repeal the discriminatory Citizenship and Entry into Israel Law, which continues to bar family reunification for thousands of Palestinians," the group stated. "Nearly 14 years after the law was adopted as a temporary order, the Israeli authorities can no longer continue to use security grounds to justify institutional racial discrimination."

Aida Touma-Suleiman, a Joint List parliamentarian in the Israeli Knesset, told Al-Monitor that Arab members of the Knesset have made efforts to fight the law and alleviate its implications on those affected. She noted that the battle against the law must be taken to international arenas to reveal to the world the facts and to hold Israel accountable for all its violations.

Touma said that the Arab members of parliament constantly correspond with international associations' delegates to expose the law, and they send letters to human rights organizations and embassies around the world to highlight the repercussions of this law. She added that these efforts are not enough and that there is a need for more organized work from political and legal parties to annul the law.